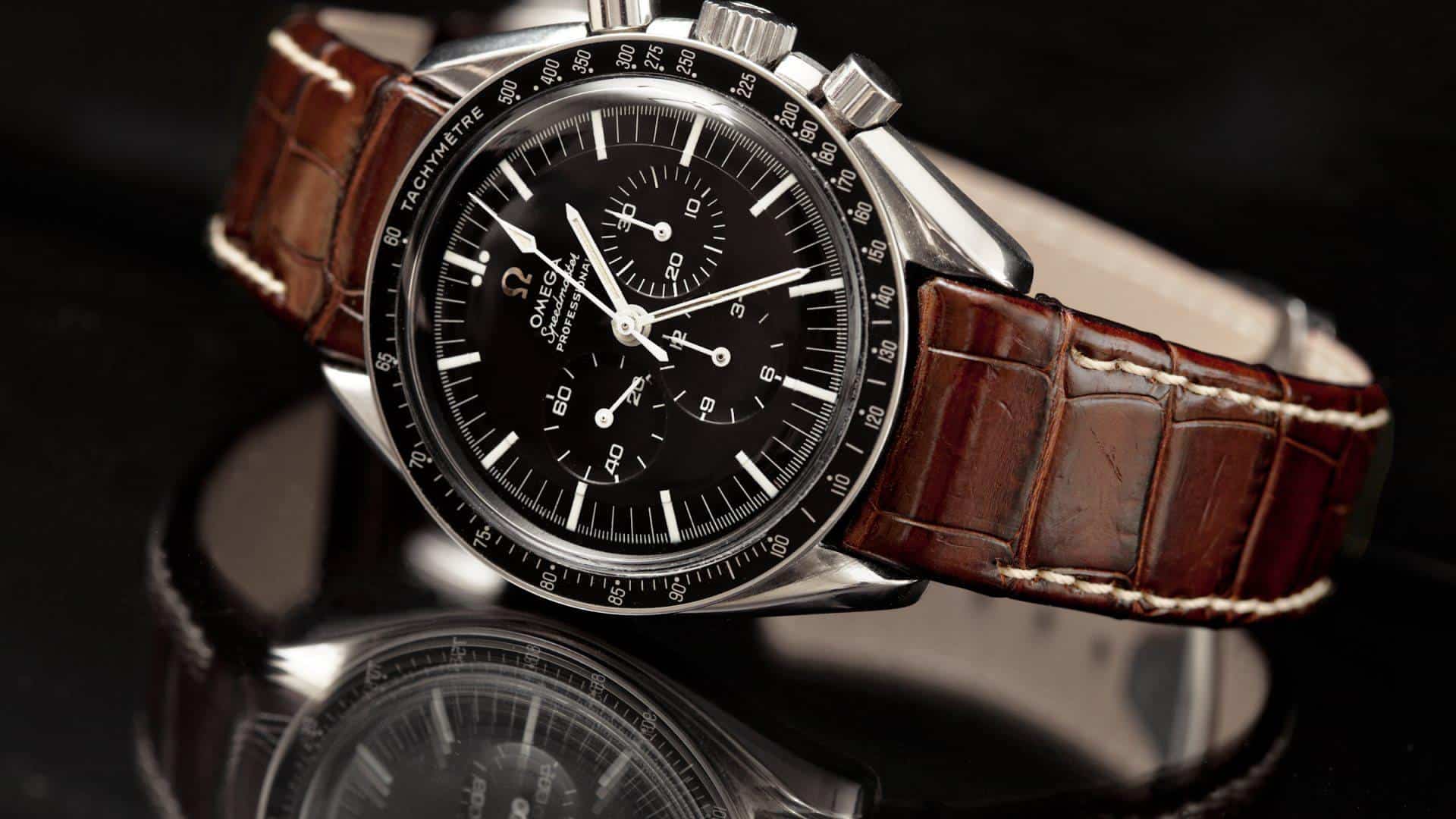 Like the symbol, Omega watches embody accomplishment and perfection.

Among the Swiss greats in the watchmaking industry, Omega SA, was founded in 1848.

By 1903, it had become one of Switzerland’s largest watch companies. From the days of observatory trials used to encourage advancements in watchmaking, Omega has proved its precision engineering that ensures accurate time, every time.

This led to the company being the official timekeeper at the Olympic Games multiple times since 1932. It was awarded the Olympic Cross of Merit in 1952 for its contributions to sports. In 1965, Omega was selected by NASA for the American spacewalk mission Gemini 4, and eventually reached the moon on Buzz Aldrin’s wrist.

Today, Omega watches continue to be one of the most sought after due to their exquisite workmanship and accuracy. Every single watch by the company is a result of a legacy of design, innovation and flawlessness. Small wonder then, that James Bond wears an Omega!

Its collections are all exquisite, so if you’re having a hard time choosing, here’s a list of some of the most beautiful Omega watches for women. 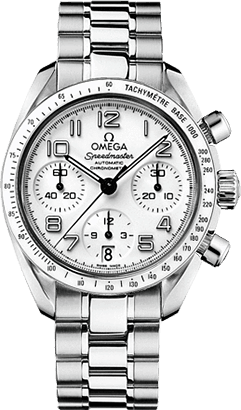 The Speedmaster collection has been around since 1957.

It was this collection that was chosen by NASA for the Gemini 4 Spacewalk.Later, it was worn by Buzz Aldrin when he walked on the moon during the Apollo 11 mission. There can be no better recommendation for the Speedmaster collection than the fact that it consists of the eternally famous ‘Moon Watch’ series.

From this collection comes the Chronograph 38 MM, a self-winding chronograph.

With its round, white dial which has a small window for the date at the 6 o’clock position. It is covered with sapphire crystal that is scratch-resistant and anti-reflective. The dial is held in place with a ceramic bezel that has a tachymeter ( a scale that can be used to measure speed).

The case and strap are stainless steel. 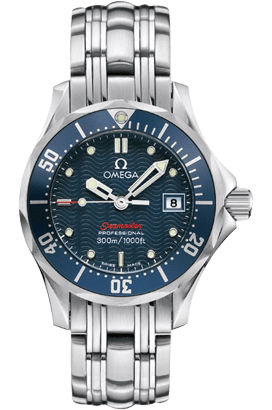 The Seamaster collection consists of automatic winding chronometer and quartz watches. They’ve been extremely popular since their inception, notably with Prince William. A tribute to the company’s maritime legacy, the first Seamaster was produced in 1948.

This particular model has a blue dial with wave patterns on it and its date window is at the 3 o’clock position. It is covered with domed sapphire crystal. Held in place by a rotating bezel that is unidirectional), the dial is 28mm wide.

The case and strap are stainless steel, and the quartz ensures precision movement. The end of battery life indicator is a handy addition to this fantastic watch. 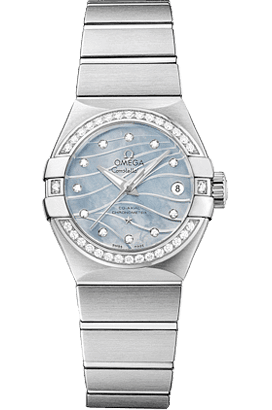 The Omega Constellation collection was launched in 1952, and is easily identifiable on account of the famous ‘griffes’ or claws that hold the crystal in place. That particular feature, however, was introduced in 1982.

Since then, the Constellation collection has graced the wrists of the famous and powerful alike on account of its stunning dials and luxurious design.

This model has a blue mother-of-pearl dial that is engraved and also decorated with a wave-like pattern. It has a date window at the 3 o’clock position and the rest of the indexes are diamonds. The crystal is held in place with a diamond-set bezel, mounted on a stainless steel case. The strap is also stainless steel.

The beauty of this model is not just in its form, but also in the co-axial escapement that allows for greater precision and durability. Additionally, it comes with automatic winding in both directions, which makes it an exceedingly functional and beautiful watch. 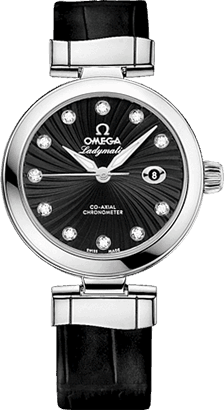 The Ladymatic is a collection that was introduced in 1955, and revived for the 21st century. This collection was among the first self-winding timepieces that were created especially for women. Today, it is endorsed by Nicole Kidman.

This particular model has a steel case and a leather strap, which lends it a classy, sturdy look. The indexes are diamonds, with the exception of the 3 o’clock position, which has a date window.

The wave patterned black dial has a black ceramic case body, and measures 34mm across. Since the back is transparent, you can view the workings of the co-axial escapement within the watch. 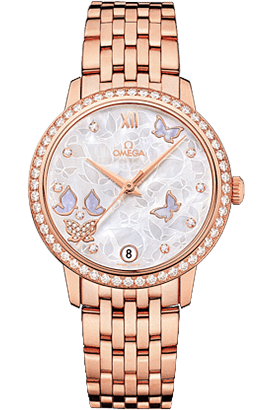 One of Omega’s most popular collections, the DeVille Prestige is known for its timelessness.

The designs are classically understated, and decadent in their finishing.

The Butterfly has the collection’s characteristic two-tone mother-of-pearl dial with butterfly decorative elements and nine diamond indexes. The date window on this watch is at the 6 o’clock position. Omega’s scratch resistant and anti-reflective sapphire crystal protect the watch’s gorgeous dial.

This is all held together with the diamond set bezel mounted on a 32.7 mm red gold case. The strap is also red gold. What keeps the watch ticking is the co-axial escapement and its self-winding function.

And there you have it. Five watches for women from Omega’s incredible collection. Pick one to grace your wrist right away!