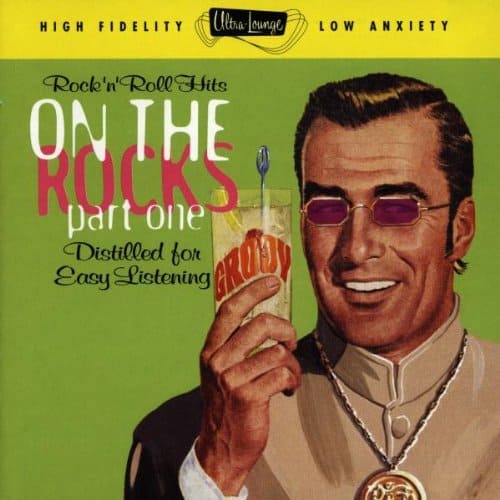 Starting in 1996, Capitol Records began releasing a set of CD’s that they christened Ultra-Lounge. The series is a brilliant cross section of a particular genre of music that existed primarily in the 1950’s and 1960’s. One that had its roots in the early swinging days of Las Vegas, when the desert town was strictly for adults and the kids were always left at home.

There are twenty-five volumes in the series that are available on compact disc. One needs to be careful if collecting the entire set, as there is some cross over between a few of the volumes. There are newer releases in the series, but unfortunately these are only being released digitally and can be ordered via iTunes or Amazon.

But that’s, as Joe Friday from the old detective series Dragnet would say, “Just the facts Ma’am.” The real story is in experiencing the music itself, and getting lost in the soundscape that these tracks evoke.

The Ultra-Lounge set is a sonic celebration, an audio time machine glimpse into how grown-ups used to entertain. It was a period when cocktail parties were the norm, and mom and dad talked louder as the night wore on. Adults smoked and drank with abandon, and every home prided itself on having a fully stocked bar.

The discs themselves are themed individually. In some cases the music fits into a specific genre – The Crime Scene, Volume 7, for example features tracks that only deal with spies or cops. The original source of the music comes from either a film or a television show of a similar nature. The selections that are featured on this volume include music from Mission Impossible, I Spy, and a few James Bond films, among others.

It’s a very brassy, bold, listen, and should be played loud and with a highball in hand. All of the tracks evoke a sense of danger. Images of a dame, not a damsel in distress, come to mind. And of course, in the background there’s a private dick trying to help the gal out of her tight jam. Sure the flatfoot plays a little rough, and keeps a little something in a plain paper bag in his glove compartment for the odd nip when things get a little hot, but that’s okay because he’s old school and gets the job done right.

This collection contains very little singing and almost all of the tracks are instrumental.

On the other end of the spectrum is Wild Cool and Swingin’, Volume 5. It features a wonderful array of singers who made Vegas their own private playground. Dean Martin, Bobby Darin, Peggy Lee are but a few of the stars on this collection that will get your fingers snapping from the first to the last track. The beauty of this set, and all of the others, is that it’s an outstanding introduction to a style of music by a wide variety of artists.

Granted, all of the artists included in this set are from Capitol Records, but in terms of a well-rounded primer on lounge music this series is unbeatable.

And if that wasn’t enough, the liner notes from the CD’s come with numerous cocktail recipes and helpful hints about adding some lounge to your life. They even throw in a few vintage photo’s of gals and guys doing what used to be the best part about being a grown-up – drinking and smoking. Put it all together, and you’ve got a series that should be played at least a little bit at every party.