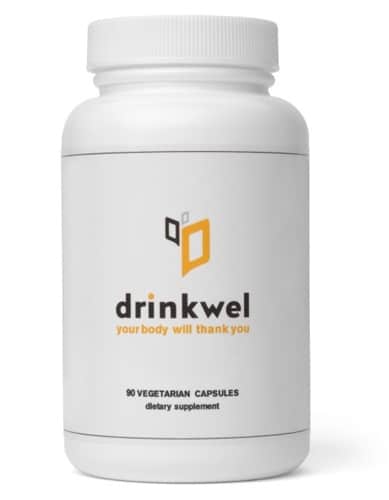 I recently conducted a series of experiments with a new product, Drinkwels Hangover Pill, that gave some new meaning to the scientific method. Drinkwel is a dietary supplement that claims to help replenish nutrients, support healthy liver function, and improve the way you’ll feel the next day. In other words, a hangover cure. Most of us have our own versions of a hangover cure; some of the more common ones I’ve come across involve taking household pharmaceuticals like acetaminophen, ibuprofen, vitamin c, combined with hearty breakfasts like eggs benedict, fresh fruits, cold pizza. The common ingredient is pseudo-science, potentially leaving a cozy niche for a product like Drinkwel.

After receiving my 90 capsules of Drinkwel,  I approached some friends about testing, a proposition that was met with considerable excitement. Admittedly, I’m past the point in my life of frequent binge drinking. Planning a night to drink enough for a hangover in a controlled environment required that I administer the pill to someone else. So I (Dr. Honeydew) fed three pills to a willing friend (Beaker). “Controlling” the experiment with Beaker quickly spiralled out of control. We fed Beaker the following drinks, all under the premise that the chosen drinks are hangover-causing. I also gave Beaker 3 Drinkwel pills at the beginning of the night, and 3 more at the end.

The result was an exciting night, a deep sleep, and a mind crushing hangover the next morning for Beaker. Clearly a more reasonable experiment needed to be conducted.

I started taking 1 drinkwel tablet daily, and 3 more every time I had more than 2 drinks, which was 4 times over 3 weeks. The first 3 sessions, I  couldn’t say conclusively if the pills worked, as I still experienced some hangover effects. The 4th time, after consuming too much white wine( a notorious hangover inducer for me), I actually was surprised by how good I felt the next morning. I can’t say conclusively that Drinkwel cured my hangover, but I sure can’t say that it didn’t. 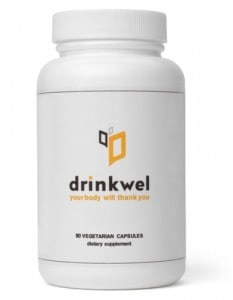 Perhaps the most interesting part of testing was when I exposed coworkers to the product. I specifically chose coworkers whom I know to be regular users of pharmaceuticals or supplements, the type that ask around every morning if you have a such-and-such pill. I gave out 4 samples to these people, and 3 of them were quite positive about the pills after using them.

Drinkwel produces two side effects that may in fact exceed their claimed goal of reducing hangovers: a general excitement and ambition to drink heavily when taking the product, and a general feeling that you’re taking care of yourself when taking the product, which may or may not be a placebo. Drinkwel is not approved by the FDA, since it is a dietary supplement, but who cares? I had a blast testing it.

This is one great option after drinking too much.  Another great product is the Magic Bullet, a drink to consume while you are drinking, once you have the hangover its too late. Magic Bullet is designed to support and accelerate your body’s own process of eliminating alcohol toxins, helping ensure you are fresh the next morning.