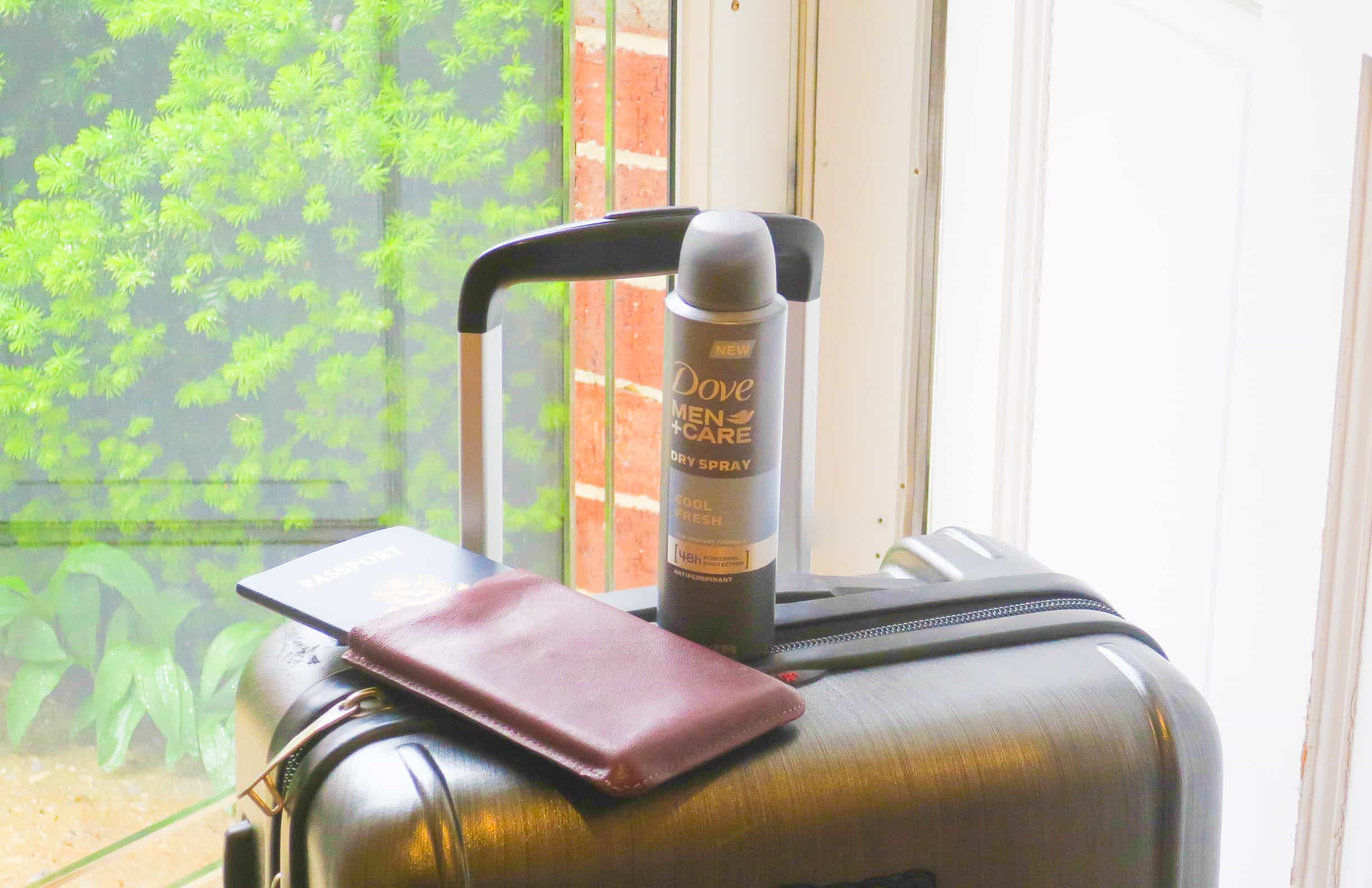 There is nothing like seeing the world. Experiencing new cultures and witnessing wonders like Colombia’s coffee region, South Africa’s Table Mountain, and exploring the labyrinths of Venice are second to none.

But the logistics of traveling? Not so much. 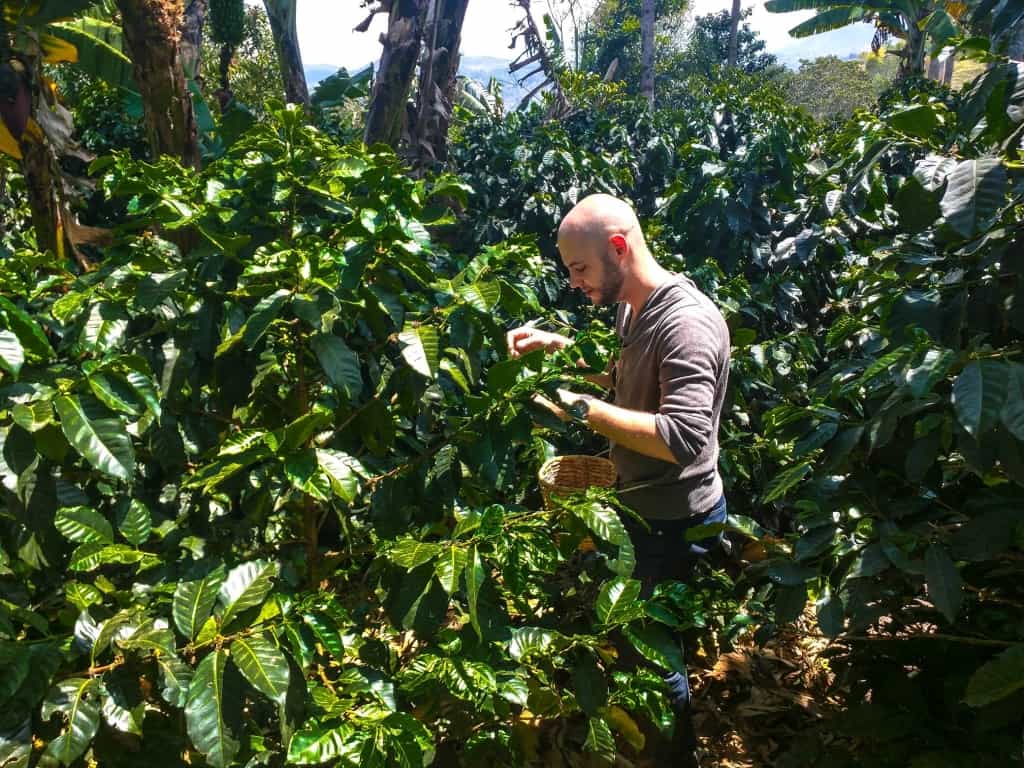 From packing your bags and wondering what you forgot to long security lines at the airport and stressing about your documents, it can be headache after headache. Actually getting there is the worst part of traveling. And amid all the concern, there is one embarrassing scenario that comes up time and time again after visiting more than fifty countries.

We have all been there. After hours and hours on a plane, you get to your destination and head to the men’s room. What is that smell? Is that me? That can’t be me? But it is.

Maybe you forgot to apply deodorant in a rush to catch your flight. Perhaps you just did not apply enough and your underarms feel moist. Or possibly the type you use is simply not effective enough to keep things fresh during all-day travel.

A lot of men don’t want to talk about their underarms. Caring about hygiene and how you smell isn’t something that Jason Bourne would have done, after all. But some old ways of thinking are best left in the past. 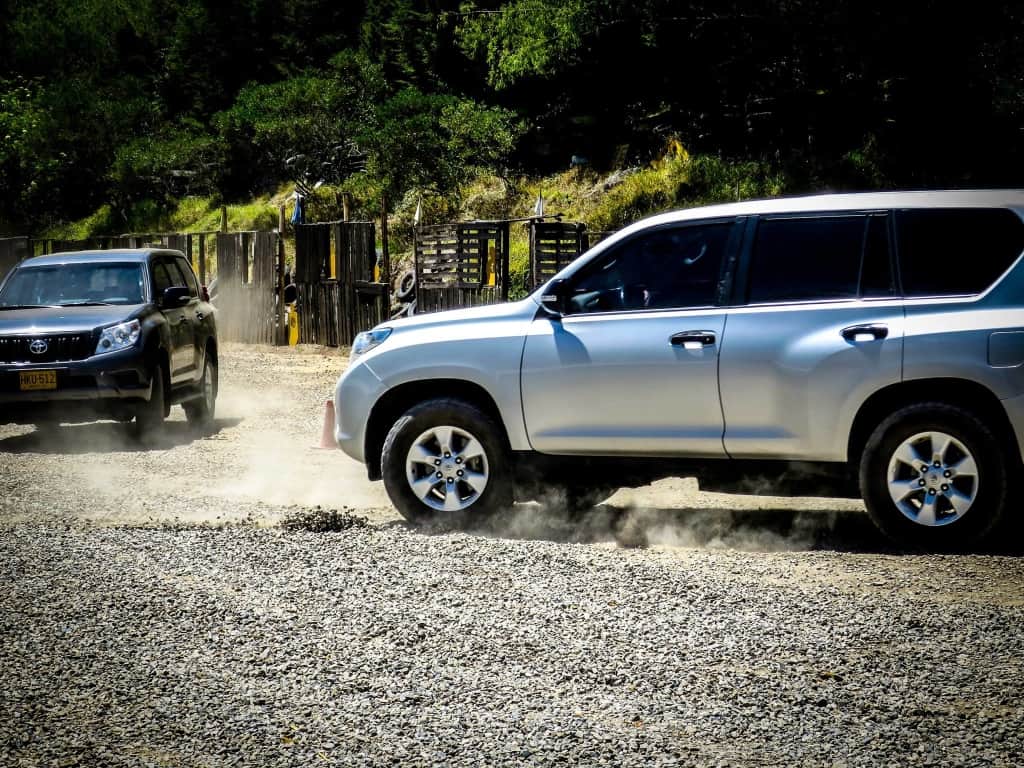 The truth is that the modern man does care and should want to present himself as best he can when interacting with the world — especially in other cultures. It certainly is harder to stay on top of such things when you’re on the go, but that’s why taking some time to think about it is even more important when you’re traveling.

According to a research study conducted by Dove Men+Care deodorant in March 2016, More than 9 out of 10 men say that deodorant is one of the most important personal hygiene products a man can use, and 96 percent feel confident when they are wearing it. This doesn’t change just because you are on the road or staying on a hammock on a remote Caribbean beach. 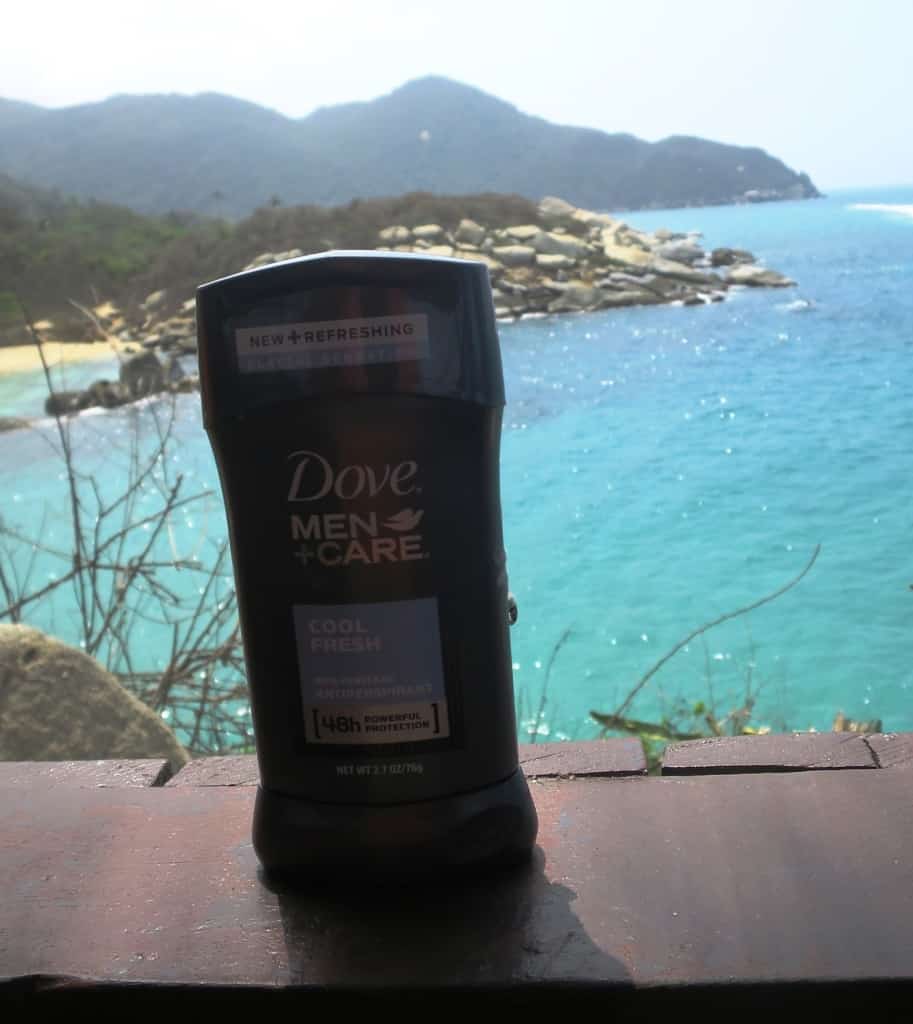 In fact, the necessity of staying fresh and considering your grooming habits is even more vital in such situations. When I was traveling through Nepal, for example, I came to realize that hotels and apartment rentals don’t always resemble the Waldorf Astoria. In rustic or less-developed areas like Kathmandu, there may be little to no hot water or you may find yourself beneath a shower head that has less water pressure than a leaky faucet. Either way, the result is that you often won’t be taking the long, pleasant showers you’re accustomed to at home. Try washing all of these colors off after a day of throwing around color in Kathmandu. 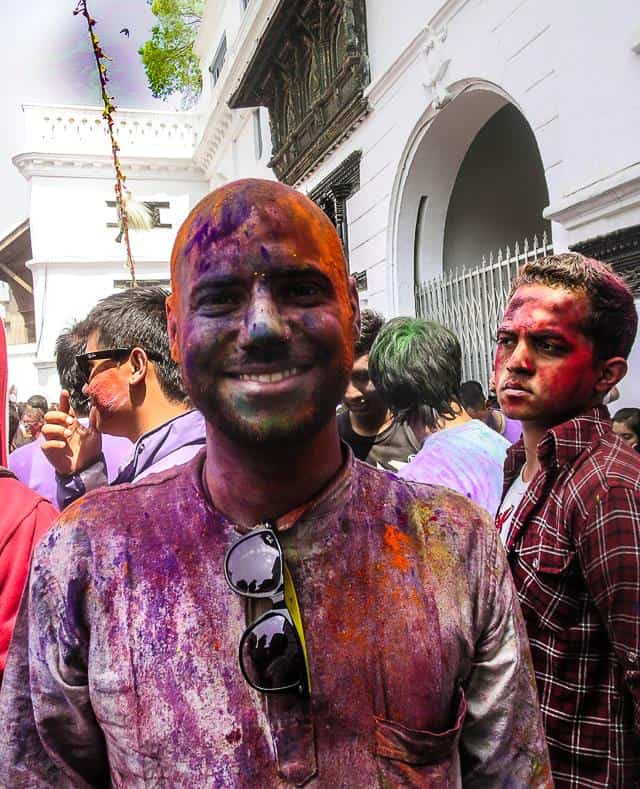 When I was staying in hotels in Nepal or apartments in Cape Town, I learned a lesson. Typically, I have always washed my face and head first. But after enough instances of the hot water cutting off one minute in, you realize that you need to attack certain locations first. That means starting with your underarms and your, let’s say, more sensitive areas a bit lower. 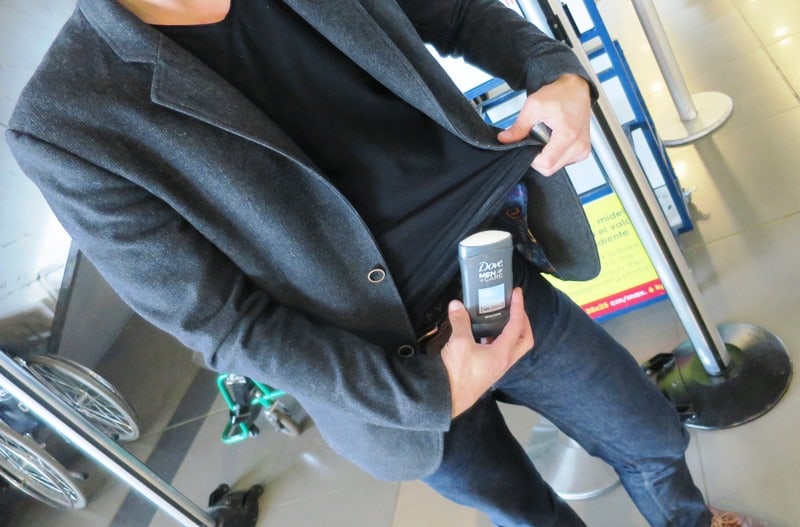 Little travel tricks like this will help in developing countries, but it’s even better to take preventative measures beforehand. Fresh and dry underarms in the morning means you won’t have to be nervous about whether your hotel will allow for a carwash-quality rinsing later. Carrying state-of-the-art Dove Men+Care antiperspirants and deodorants also helps. These products are formulated to protect against sweat and odor, and include a ¼ moisturizing technology that is gentle on skin. After trying some of these out, my go-to is the new Cool Fresh antiperspirant stick, which has a refreshing glacial scent and a clinically proven non-irritant formula.

You also have to be aware of the type of activities you will be doing. If you’re in Nepal, you must spend some time in the Himalayas. The entire range is full of breathtaking views, and the best way to see it all is on guided multi-day treks or motorcycle trips with locals. 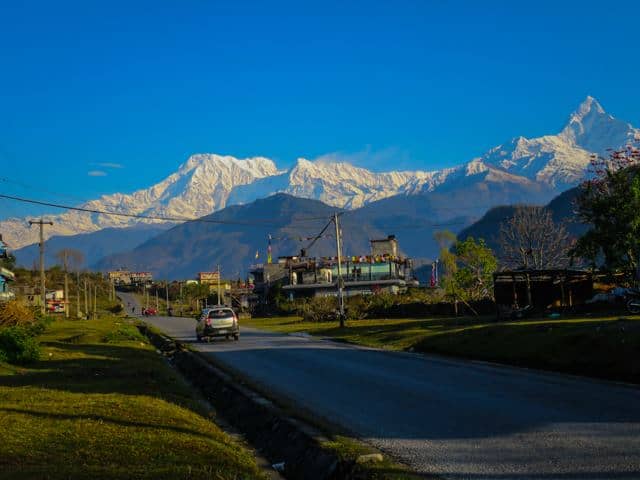 Such trips are unforgettable, but they won’t even include the basic showers you’ve grown used to throughout major world class cities like Sao Paulo or New York City.  This will be two to four days of nothing more than the most essential and compact grooming products, like baby wipes and an antiperspirant to keep you smelling fresh. And since your socks and clothes will have enough of a stink on their own, you don’t need to be adding to the problem by failing to plan ahead with deodorant.

Adventure travel is not the only way to go. Things are no different in the metropolises like Jakarta or Bogota with an intense nightlife scene that lasts till the early mornings. Half the reason to travel is to see socialize with the people…and as a solo traveler there is no easier place to meet friends than in the ritzy lounges and clubs of each city. Get out at night and spend time in them. And, trust me, you’ll enjoy the nightlife all the more if you aren’t catching a whiff of your ripe self every few steps or, worse still, wondering if the cute girl dancing beside you is offended by your funky scent. Cologne only makes you smell good, while an effective deodorant prevents you from smelling bad.

More than half (52 percent) of all men feel self-conscious when they forget to wear deodorant on a normal day. It happens to the best of us. Well, it’s all the worse when you’re traveling and meeting new people. Even if you don’t smell bad, having sticky and moist underarms can bring out the negative self- conscious feelings in the best of us. First impressions can be your only impressions in these situations. And even if your new acquaintance isn’t bothered by your smell, they will still pick up on the subtle social cues of your self-consciousness. Even people who don’t talk about such things feel this way, with 92% of men saying that they want a deodorant that provides them with benefits other than smell.

For one, they want something gentle on their skin. Underarm irritation is a scourge, and this goes double when you are traveling. It is hard enough to stay comfortable on a long hike, sandwiched between your luggage on a road trip, or sitting in a coach seat on a 747 under any circumstances. Having itchy pits will only make the situation worse. 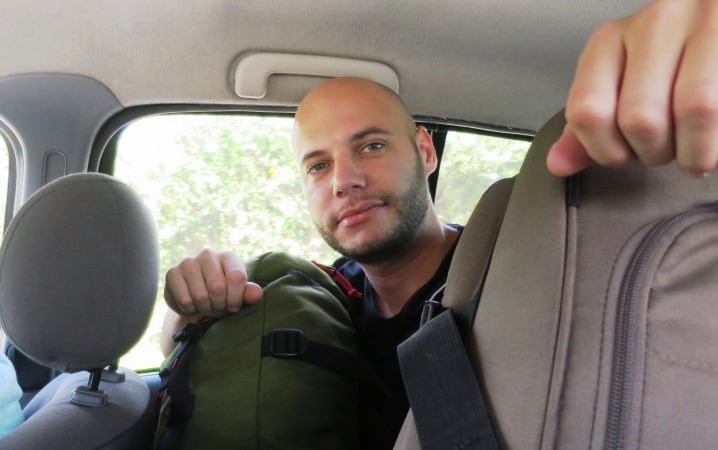 If more men talked about this openly, they would understand that Dove Men+Care has options that are tough on sweat and odor, but gentle on the sensitive area beneath their arms. Specifically designed for men, the antiperspirant’s clinically proven, non-irritant formula contains ¼ moisturizer technology that helps protect men’s skin. But since this isn’t discussed, more than half of all men (54%) continue to report dealing with irritation at times, and nearly half feel uncomfortable (48%) and annoyed (45%) regularly. 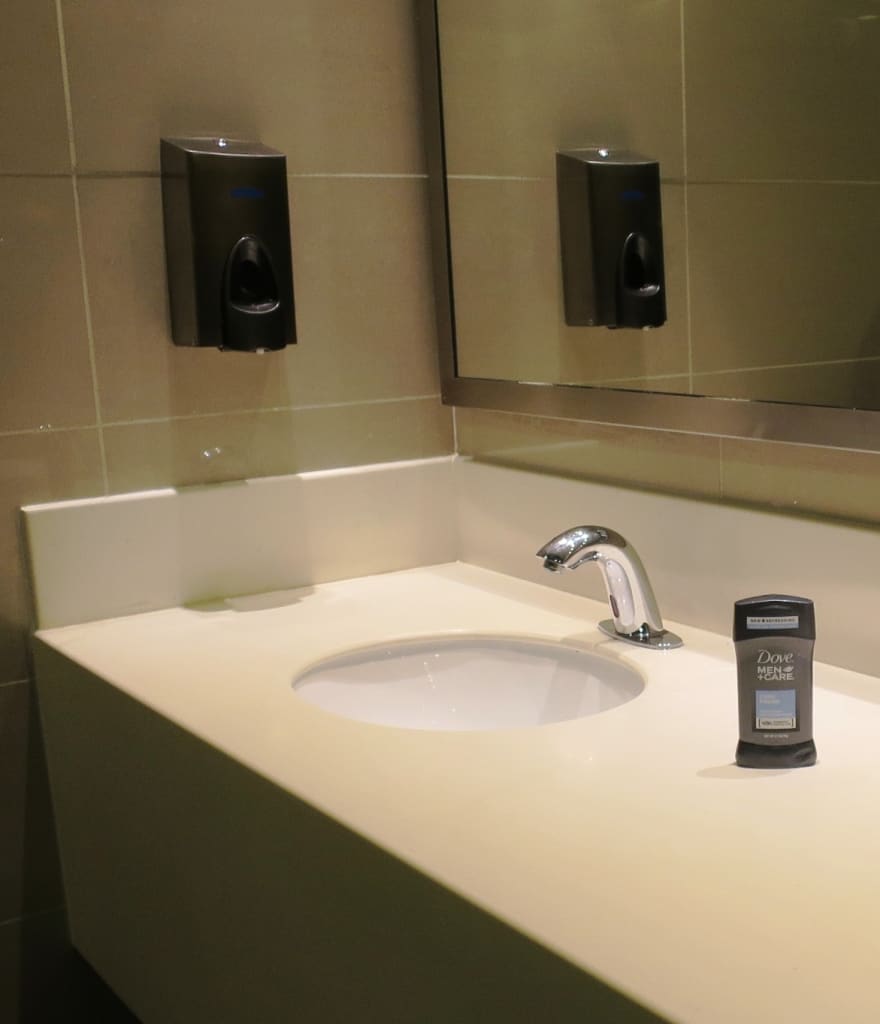 It doesn’t have to be this way. Just choose the right product, apply it strategically as you travel, and see the world with the confidence that you’re equipped to take on the worst life throws at you.