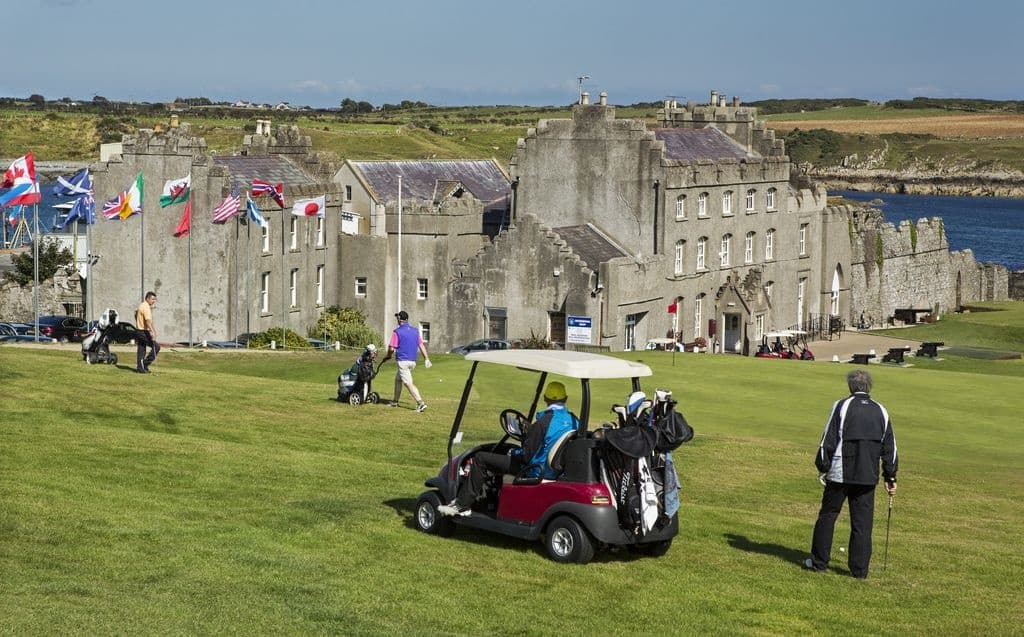 Northern Ireland has surely created a real buzz in golfing circles over the past few years. Players like Darren Clarke and Graeme McDowell started it off, winning majors and golf tournaments all over the world. And then Rory McIlory came onto the scene and dominated, so Northern Irish golf is in a pretty good place right at the moment.

But perhaps this Northern Ireland golfing success shouldn’t come as too much of a surprise when you consider the quality of the golf courses those golfers grew up playing on. Many of them are in or within easy reach of the city of Belfast so before you stick your spikes and clubs into the boot of your car and pitch up at a handy and cheap hotel like Travelodge in Belfast, check out this list of the Top 5 Best Belfast Golf Courses.

1: Royal County Down near Belfast

The golf course at Royal County Down isn’t just Rory McIlroy’s favourite but according to the golfing bible, Golf Digest, it’s the number one golf course in the world. Yes, it even outshines Augusta National where the Masters is held.

That’s some reputation to uphold but there is little doubt that Royal County Down is a true golfing star and links golf at its most traditional best, set against the beautiful backdrop of the Mourne Mountains. Just a fifty-minute drive from the centre of Belfast, Royal County Down has a rugged feel as you play along the Irish Sea. You have to watch out for bunkers edged by marram grass that will swallow up your errant shots and the sometimes domineering winds but the location is spectacular and the course is as groomed as you’d expect from the best golf course in the world. 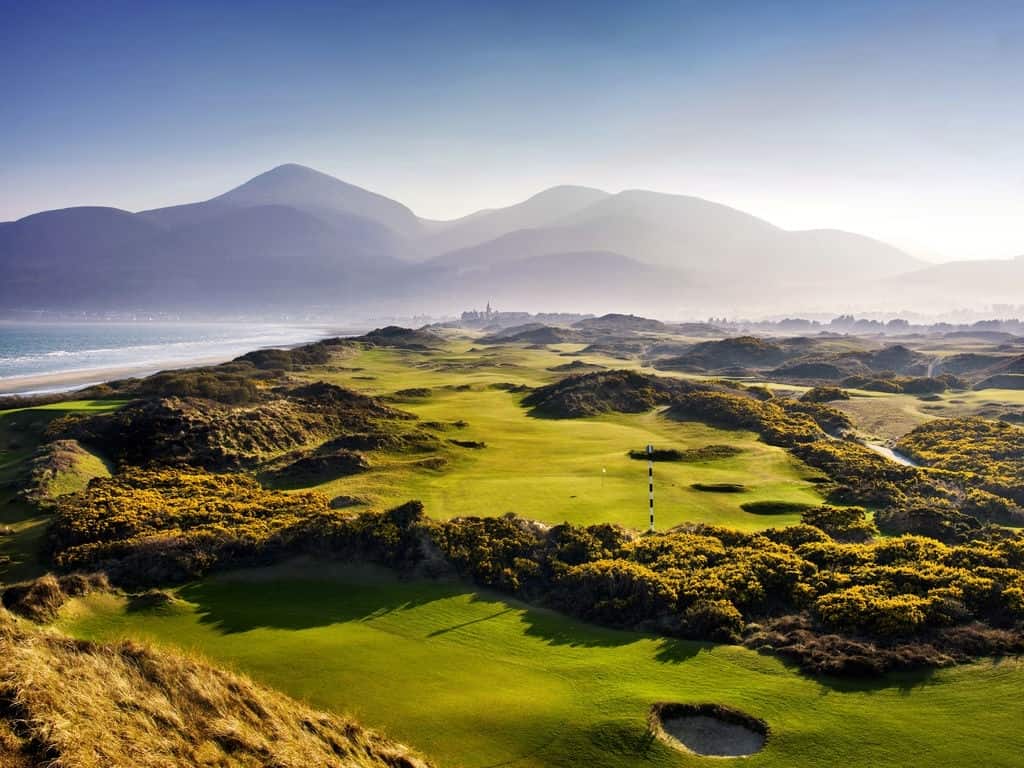 Just an hour the other side of County Antrim from Belfast, the Royal Portrush Golf Club can claim to be the only golf club in Ireland to have hosted The Open. While it last held the British Open in 1951, it has also been recently added to the rotating schedule and its premier status will continue in the future.

Another outstanding links course, the Dunluce course is a demanding test of all your golfing skills as you battle the elements and the environment. The course is stitched perfectly into the wonderful natural landscape as you navigate the humps, hollows, and undulations to fight your way to the testing greens. Add in some terrifying rough and the wind sheeting off the Atlantic and this is links golf at its best. 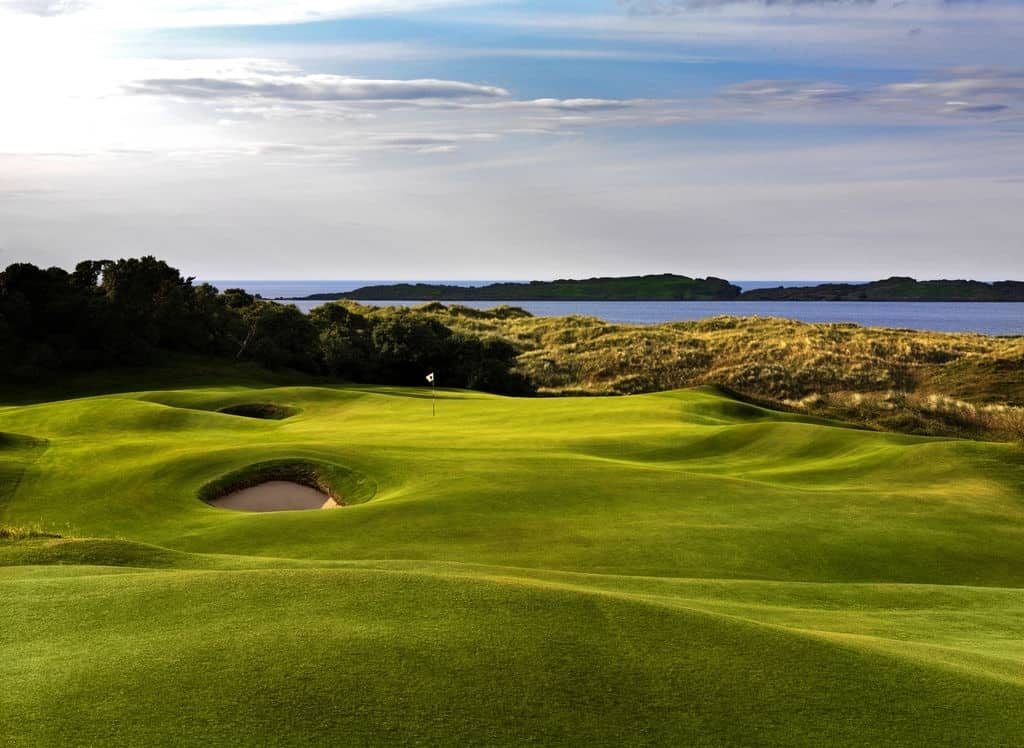 Less than an hour from the city of Belfast, the Ardglass Golf Club, reputed to have the oldest clubhouse in the world, has unbelievable views as you play down this links course on the north-eastern coast of Northern Ireland.

When the wind gets up, Ardglass pins you back as you and the course hug the coastline with almost half of the holes having to negotiate the Irish Sea. The sea is a constant presence on every hole though and the views are correspondingly spectacular, the view from the 12th tee, in particular, is famous all over the world.

Moving away from the sea now and to a great parkland course and very close to Belfast city center. You might even see Rory McIlroy there as he likes to play at Malone to chill out with his friends in the periods he’s actually in Northern Ireland. You won’t be able to chill out totally though if your golfing skills aren’t up to his standard as it’s not a walk spoiled through the 330 acres of an immaculate parkland estate.

You’ve got to keep your shots on the fairway, accuracy, particularly from the tee is demanded and you pay if you can’t keep it straight. Trees, trees, and more trees are between you and the championship standard greens. This is one of the elite courses of Northern Ireland.

Again, very close to Belfast, Belvoir is the final entry on our Top 5 list and another parkland golf course. Think lush fairways, meandering streams, deep and dangerous bunkers and tight greens which have super putting surfaces and you’ve got a real sense of what awaits you at this wonderful course in Belfast. If you’ve got the stamina, you could play Malone in the morning and Belvoir Park in the afternoon and really test yourself.

If you are visiting any of the above golf clubs then you may well see the team from Cleaning Contractors NI – Belfast’s premium carpet cleaning service. Sebastian McClusky, founder of the company is one of the most qualified carpet cleaners in Belfast and is the chosen carpet cleaner for many commercial clients in Belfast and throughout Northern Ireland.