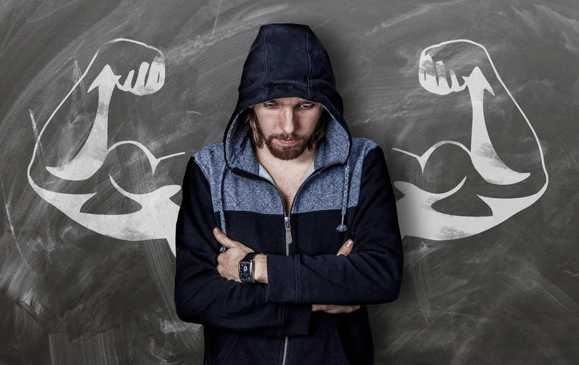 History has shown us men through years flexing their muscles and leaving the little wife at home so that they can go out and chop down trees – or something. In 2018, there are still many men out there that choose to live their lives as the tough guy. Some of them even go the whole hog with muscle shirts, weights and in the extreme, anabolic steroids to pump the muscle even more. Being tough and being macho are actually very different things. You can be proud of your masculinity without being aggressive about it, especially in these times of gender turbulence.

It is 2018. We are in a present day with a present mind and the foresight to know that buying your power tools from Plano Power doesn’t mean you are necessarily a macho man, it just means that you want to look after the garden. We live in a time now where men are confused about who they are supposed to be. For decades, men took the lead; holding open doors for women and going out to earn a crust so that when he put bread on the table, his wife made something out of it. That was the way of the world for a very long time, and it’s only in the last century that women have pulled forward to become equal to their male counterparts. This means that more and more, women are no longer appreciating the chivalry behind men standing when women leave the table. They no longer appreciate a man holding open the door, believing that instead of this being manners, he’s assuming she doesn’t know how to do that. It’s no wonder that men are confused about whether they can take the lead anymore!

It’s important that you can still call yourself macho if that is who you want to be (minus the anabol, please!). You can still be proud of being a man and believe it or not, there is definitely still something in being polite and respectful when it comes to women. It’s okay to hold open the door, because you’re doing the polite thing. If a woman – or another man, come to think of it – doesn’t respect that and are polite in return, that’s not something that you are doing wrong. There are more and more families that are dealing with children being raised without a strong male figure in their lives, so men aren’t being taught by other men for the most part about how to act around women. No wonder there’s confusion among the masses.

Ultimately, if you want to know if you are macho or not, ask the woman in your life. Would she feel protected by you? Would she feel challenged by you? Would your power tools still rev in the summer sunshine? Yes? Then you’re still holding onto macho status. Keep it polite and exercise good manners without arrogance, and you can hold that macho medal with pride.