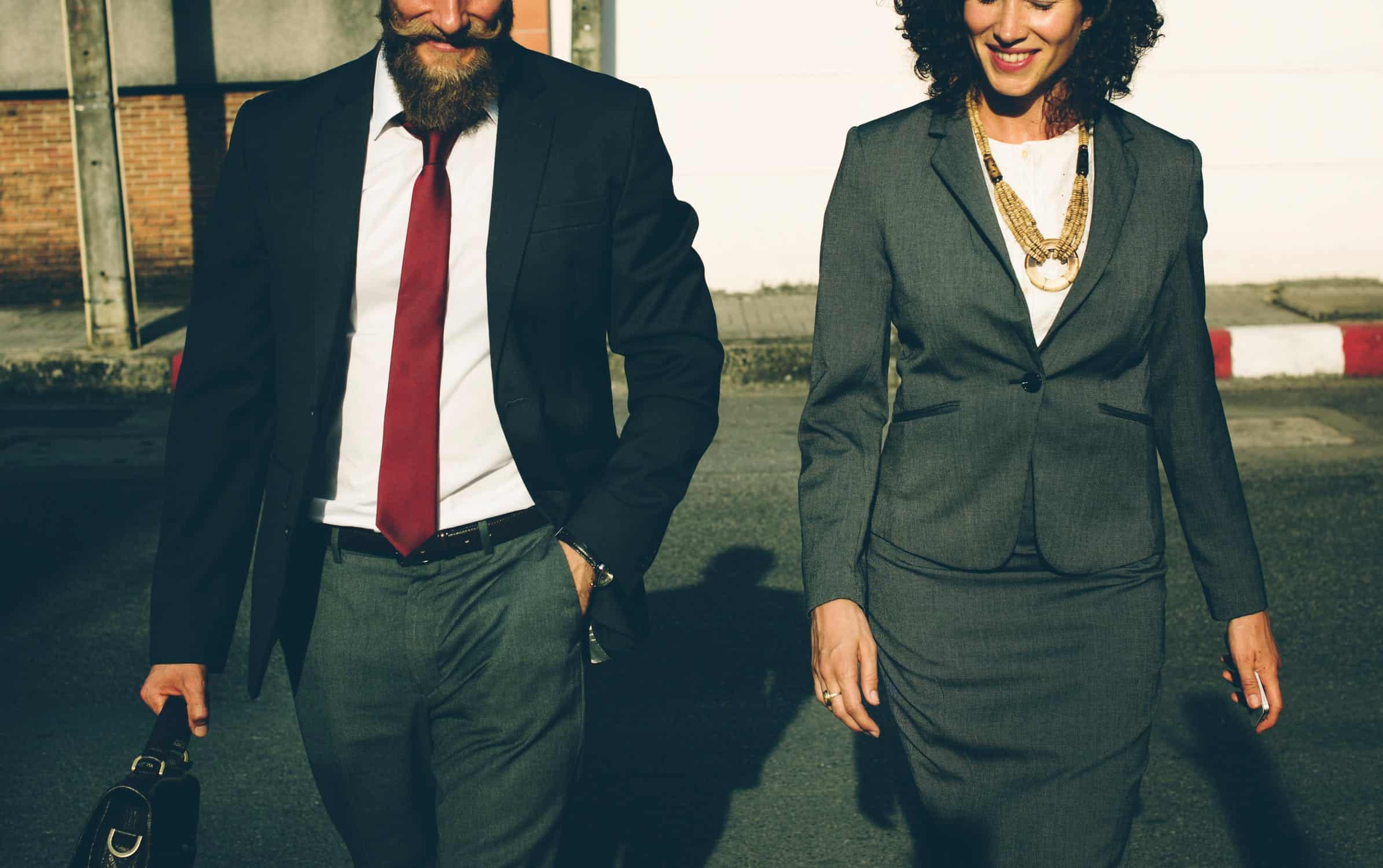 We are at a point in our culture where gender relations are at a critical crossroads. The women’s movement is alive and well with active conversations around women’s rights and equality – steps are being taken to move the women’s march forward – but, what about the men? What message are we sending out about what it takes to ‘be a man’?

Our culture is facing a masculinity crisis, and we need to redefine societal views and expectations around manhood. There is so much confusion around the role of men. Many men are put into a box – either falling into a Harvey Weinstein category or being labeled a SNAG (sensitive new age guy).

One main problem is men don’t have a lot of role models for how to be a true man. The difficulty is the separation we have between what is supposedly a man and what supposedly isn’t.

Real men can be strong and have someone’s back, we can desire sex and still desire women’s rights, we can back our friend in a fight, and still be the shoulder for somebody to cry on.

Every day we’re faced with a barrage of images and messages that often reinforce stereotypes and ideas of what it’s like to be a man. Men can find themselves limited by unrealistic expectations of what it means to be a man – namely, the long-held belief that men should aspire to be the ‘Alpha Male,’ and that any show of emotion or vulnerability is taboo or earns them a label. In turn, men tend to judge themselves rather than being themselves.

So, what does it really mean to be a man? The answer lies in the return of the gentleman.

The obvious role for men to play in society is the Alpha Male; how strong am I? How many people can I beat up? But where does that leave the other men – the ones who don’t want to be a complete asshole? The only option is to be the ‘nice guy.’ But this leads them to pretend they are some kind of passive doormat.

In order to usher in the ‘return of the gentleman’ our society needs to create a space where men can just be all of themselves, without judgement, shame or apology. Men need to contest conforming to the expectation to be the ‘ideal’ man. As this leads to constantly judging yourself and trying to change your behavior. Instead, stop pretending to be something you’re not and just be you.

So, what is it to be a gentleman? It’s about being honorable, kind, and caring and also being potent, sexual, able to make money, able to contribute to family. The main word is honor: you can honor women, children, the planet … and you can honor you and your needs. You don’t have to discount yourself in the process.

Men are not these caricatures that have been created – alpha or doormat. A man may be the kind of guy to stand beside a mate in a fight, but also willing to take care of his sick grandmother. You may be willing to advocate women’s rights, and also love to get laid.

It’s time for men to realize how limiting the current role is that we’re told to play. Someone else’s idea of who you are supposed to be is nowhere big enough for who you really are. It’s time to stop pretending to be something you’re not, and just get to be you. It’s so easy to be you.

I grew up around people who hated men. I was physically abused because I was boy. Despite all of this, I have always desired to have a world where both men and women were empowered to create something greater and where everyone received nurture and care.

The return of the gentleman is all about that. It’s about being the best we can be as men. It’s about acknowledging our greatness with no shame, no wrongness and no apologies. It’s the place of honoring everyone. It’s where you honor you. You honor women. You honor kids. You honor your commitment. You honor our future as a planet. Being a gentleman is about including everything and judging nothing. Yes, even you! Especially you.

To help initiate the return of the gentleman, I invite men to start:

One of the best ways to start honoring you is to lose them image of what you think it means to be a man and simply be you.

There are a lot of people that would tell you that in order be somebody in this world, in order to be successful and to be important, in order to win and not lose, you have to create an image. An image is something that you portray, that you try to get people to see you as, which is actually the antithesis of vulnerability.

Honoring you is the willingness to have and be all of you. In honoring you, you stop pretending, you come out of hiding and you start to choose what actually works for you rather than trying to live up to the right and wrong of other people’s opinions.

Do you trust yourself as a man? For most men, that is a resounding no. From early on you get the projected lack of trust from mothers, sisters, aunts, and all females because they see what they have come to define as true: they can’t trust men. All too often, you buy that point of view and come to believe that you as a man cannot be trusted.

No matter how much someone else may be judging you, that judgment cannot affect you when you have value and trust for you. It’s only when you don’t value and trust you that you believe that the judgments of others are true.

Start to see that you have value. Start to recognize that you contribute. Acknowledge that you are a gift to the world, just as you are; not as anyone else says you should be. Start to trust you.

Flip through the pages of a few men’s magazines and you are likely to find something written about what it means to be a man. Most often, it’s from the perspective of being tough, being strong, being macho. Rarely is there anything said about being kind, caring… and least of all vulnerable.

Vulnerability has gotten a bad rap. The idea has been perpetuated that vulnerability equates to being hurt, so put on a facade, perfect your image, be what you think you are supposed to be. If you desire sex or relationship, avoid vulnerable and work on that image.

No judgment is the place of vulnerability. It is where you exist with no barriers, no walls. And in that space of no walls and no barriers, you have total potency, total power, total capacity. Only by creating yourself as invincible, un-vulnerable, or judgmental, that you can create roadblocks in your life.

Real men like themselves. They are grateful for who and what they be. What if you woke up in the morning, looked at yourself in the mirror and had no judgment of you? What if you practiced gratitude for you – all the time. Even when you mess up. Even when others are unhappy with you? How much more fun would your life be if you could laugh at yourself when you do something stupid rather than taking yourself so seriously. Be willing to be you – unapologetically.

What we acknowledge grows bigger. When you start to focus on the things that you are grateful for, more of those things show up. A great way to be more aware of the amazing gift of you, is to start a gratitude journal and actually write down the things about you the you like and are grateful for.

Each day, write down 3- 5 things. The first few days might be easy – or maybe not! We are so used to judging ourselves rather than choosing gratitude. As you choose to deliberately put your attention on what you admire about you, you will have more joy, more satisfaction and more of you.

When someone has a point of view about you, whether it is good, bad or ugly, you can align and agree with a point of view, or you can resist and react to it. That’s the polarity of this reality. The other choice, the one that is not often talked about, is allowance. If you are in allowance, you are the rock in the middle of the stream. Thoughts, beliefs, attitudes, and considerations come at you and they go around you, because to you, they’re just an interesting point of view. If, on the other hand, you go into alignment and agreement or resistance and reaction to that point of view, you get caught up in the stream of insanity and you go along for a ride. That’s not the stream you want to be in. You want to be in allowance where everything is just an interesting point of view.

The return of the gentleman is really about you willing to be you. When you are willing to honor and trust you, when you practice gratitude and choose vulnerability, when you don’t apologize for the kindness, the care and the potency of you but allow yourself to be all of it, you become an invitation to something greater in the world. You become a gentleman.

To be a part of the conversation and movement of the ‘Return of the Gentlemen’ with Dr. Heer, visit http://drdainheer.com/rog/. Dr. Dain Heer is an internationally renowned author, speaker and facilitator of consciousness and change. Co-creator of Access Consciousness, Dr. Heer invites people to embrace their true greatness—people from every culture, country, age and social strata of society. Originally trained as a chiropractor, he has a completely different approach to healing by facilitating people to tap into and recognize their own abilities and knowing. He is the author of 9 books including, Being You, Changing the World, which is now an international bestseller. A guest on hundreds of nationally syndicated radio and TV shows including Fox News and Gaiam TV, Dr. Heer also hosts a regular radio show called Conversations in Consciousness. Follow @dr_dainheer.