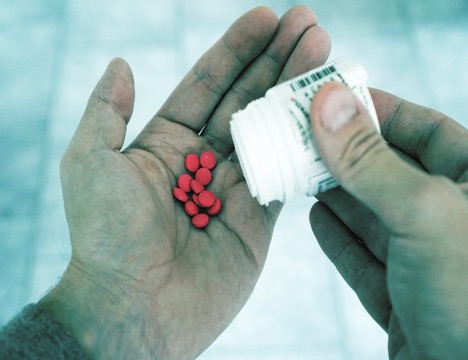 Feel a sharp pang or twinge in the head, heart or muscles and the response is the same: pop a pill. Now, this isn’t the sort of site which scolds people are using pharmaceuticals. The Illuminati may be alive and kicking (reportedly), but drugs help to ease the pain. Yes, a couple of cells may go in the process, yet they grow back again as long as the use is healthy and not over the top.

Of course, there is no way to tell if pills are necessary when a man self-medicates. Drugs are so accessible these days that anyone can buy paracetamol without asking questions. Some men – sorry to put this out there fellas – don’t even read the instructions.

At the moment, it seems fine and there are seemingly zero side-effects. However, self-medicating can come back to haunt your health in a big way, many of which you won’t even realize. Here are the obvious and not-so-obvious reasons to seek medical help more often.

Men aren’t great at paying attention to detail when they are in pain. We want a fix and we want it as quick as possible. So, guys go into the medical drawer and pull out anything which sounds strong. Paracetamol is the usual culprit, but aspirin and Advil are top contenders too. One thing most people don’t understand about medication is that it goes off. Yes, it has a use-by-date just like milk or cheese and shouldn’t be used after it has expired. Pretty much everyone is smart enough to avoid dropping pills when they have perished, but only if we know that they are off in the first place. Without reading the back of the box or the instructions, there is no way to tell what is going into your body. Even worse, there’s no way to know the damage it may do when it’s in the bloodstream.

Mystery Underneath The Hood

“You’ve got a headache?”

If a lack of water is your first thought as to the inception of a headache, you’d be correct 90% of the time. Usually, guys and girls for that matter don’t get a good fill of H2O and it manifests itself as a migraine or something sharper. Still, it’s worth noting that there is no way for a layman to diagnose an issue. Sure, the pitchers of beer may be a factor, but experts say the similarities between a tumor and dehydration are remarkable. For instance, headaches are a sign of both, as are visual symptoms. Plus, a migraine may not respond to treatment just like a tumor won’t. Hopefully, this doesn’t scare you because that isn’t the intention. However, it’s essential to understand that what you think is happening may be something different. That’s why self-medication can be dangerous.

Another common problem with dropping aspirin is a lack of knowledge. As soon as you feel something, the brain instantly comes up with an answer. My back is hurting so it must be a muscle spasm or something. Again, this may be the case yet it may be an entirely different problem. It isn’t uncommon for men who play sports to slip disks or suffer from nerve damage and still function. The latter are serious health concerns and need medical attention right away. However, the urge to self-medicate and avoid seeing a doctor means it goes untreated. Not only is this bad for the problem itself, but it has underlying effects because the back impacts the body as a whole. Therefore, further health problems may occur, leaving you worse off than in the beginning. Scheduling an appointment with a pro can nip it in the bud or, at the least, limit the damage.

For years, doctors have been talking about the new plague which could wipe out humanity. No, they haven’t been speaking about AI or a superbug but resistance to antibiotics. At the moment, bacteria are evolving to fight back against the drugs that kill them. Quite simply, it’s Darwinism is motion. The problem we face is down to a reliance on drugs. Any problem that occurs is treated with an antibiotic to stop people from moaning and feeling discomfort. Although it aids our lifestyle, it means that a simple infection could be deadly in a couple of years. Medical professionals are guilty of aiding and abetting, but average Joes are mostly to blame. A modest Advil seems harmless but it is a powerful drug which our bodies have adapted to in recent times.  The result is that these pills, and stronger treatments, are beginning to die out, unlike the bacteria. Resisting the urge to self-medicate can help fight back. 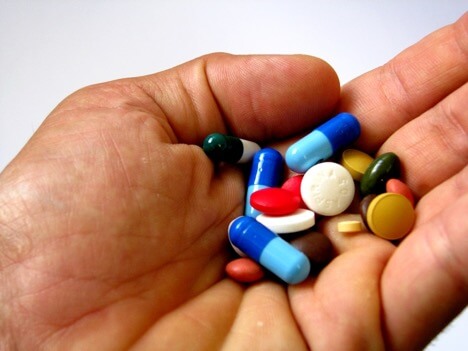 In For A Penny, In For A Dollar

Those who are unfamiliar with the saying should be because it’s taken from a British phrase. Simply put, it means that once you have committed, you may as well go the whole way. Okay, maybe it isn’t brilliant advice all of the time, but it does apply to health. Let’s take a look at the back once more. We know it’s an intricate system and one which needs care and attention. Plus, it’s also no secret that a bad posterior can lead to other issues. So, visiting a clinic for help can work in two ways. Firstly, they will treat the pain as best they can. Secondly, they’ll refer you to a chiropractic specialist for further tests. It may be a long process, but your body will be healthier for tackling the issues head-on instead of sweeping them under the carpet. As the Brits say, in for a penny, in for a pound.

Medications sold over the counter are still strong; it’s just that society is desensitized to them because they are easy to buy. Therefore, mixing two different varieties can result in harm. Yep, it’s true even if they are run of the mill paracetamol and aspirin. You’re not Dr. Dre so you have no business mixing!

How do you feel about self-medicating now? Does it make you think differently about clinics?