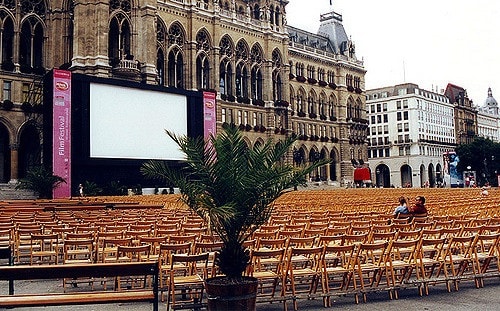 Whether you’re thinking of jetting off for a romantic weekend away with your partner, or taking in the sights and sounds of a new city with your friends, having plenty to see and do is always a top priority for travellers. While cities like Paris, Rome and Barcelona might instantly spring to mind when you think about European cultural breaks, Vienna is quickly becoming a top destination. Here are a few reasons why…

Vienna has contributed so much to the world’s music scene, especially where classical concertos and operatic arias are concerned. For those who prefer the traditional side of Vienna, you could choose to take in a classical performance or ballet at the world-renowned Vienna State Opera (you can buy tickets here easily), where all the Imperial elites used to gather for ground-breaking shows. Or, there are dozens of free concerts held annually here covering all genres of music. The most popular of all is the Donauinselfest, which is a yearly free festival held on the island in the very centre of Vienna, named Donauinse.

If you intend on sampling plenty of traditional Austrian cuisine, you couldn’t be in a better place than Vienna. Full to bursting with restaurants, cafes and bakeries, you’ll have to do plenty of hiking around the Vienna Woods to walk off all the rich food that’s on offer. There are foodie walking tours of the city that you can book onto if you’d like to hear the origins of famous local cuisine, while vineyards cover the slopes of the hillsides around the city which are perfect for picnics. Be sure to visit the Naschmarkt though, which has hundreds of stalls selling every type of local produce you can imagine, from fresh meat and vegetables, to herbs, spices and freshly-baked treats. 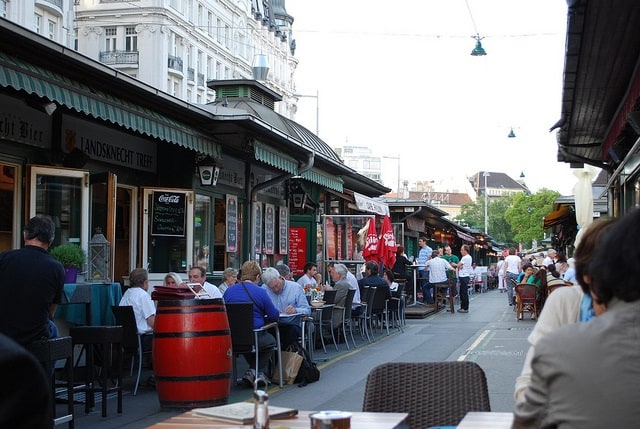 From grand palaces and gothic churches to the many museums and art galleries that litter the city, you won’t be short of historical artefacts to see here. Start with the two most famous palaces in the city: the Hofburg and Schönbrunn. The former winter and summer residences respectively of the Imperial royal family, the Hofburg is now the official residence and workplace of the President of Austria, while the Schönbrunn has been turned into a living museum, fully restored to its former opulent glory. The Hofburg comprises of several buildings including a chapel, library, treasury and even the famous Spanish Riding School. Schönbrunn Palace on the other hand has the most immaculate grounds you will ever see, which just happens to be home to the world’s oldest zoo too. With its vintage architecture still perfectly preserved, you’ll find plenty of animal exhibits here worthy of your attention. Further into the town centre, you’ll find St Stephen’s Cathedral, who’s magnificent gothic presence towers over the city’s inhabitants – we’d recommend taking a stroll around its creepy crypts before heading off to the Museumsquartier.

Which city is your cultural favourite?