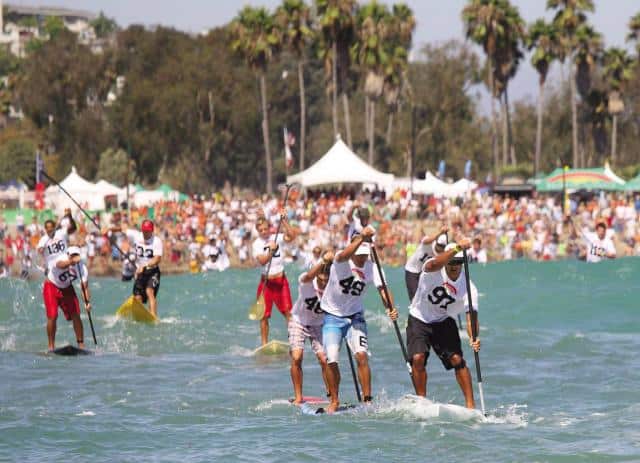 If you enjoy the thrills and spills of racing, whether it’s watching cars, horses or people, there are some exciting events around the world that should definitely be on your list. Start planning your next trip and combine it with one of these fantastic events to give your vacation a different edge.

There are plenty of marathons and half marathons throughout the world that you can watch or participate in. However, if you want one with a difference you need to head to Norway. The Marathon of the Midnight Sun is the world’s most northerly marathon. It takes place at night in June when the sun is still just above the horizon. If you prefer colder conditions, you can race in the Polar Night Half Marathon in January, which is run during the long winter night.

Paddle your way to victory

Stand-up paddleboarding is an extremely new sport, and one of the biggest races in the sport’s calendar is the Quicksilver Waterman’s Hoe in Hawaii. This is an opportunity for amateurs and seasoned competitors to race against each other. The event also features a family relay and races for young children.

Whatever type of motorsport you’re into, everyone has heard of the Indianapolis 500. This Memorial Day weekend event is packed with fun for engine and museum fans, and with a Gasoline Alley pass, you can get up close with the drivers, mechanics and cars. Then there’s the actual race, which is run across 500 miles, where cars can reach speeds of over 225mph as they fight to get across the finish line first.

Horse racing at its best

There are many exhilarating horse races that take place every year, but the UK’s Grand National gives you a different experience. The festival covers three days in April, with the main event taking place on the Saturday. You can check out the Grand National 2016 odds and then watch as the horses race over four miles and 30 fences, usually ending with a thrilling finish.

La Ruta de los Conquistadores has to be one of the globe’s toughest cycling races. Competitors cover 161 miles across four stages that take them through the jungles of Costa Rica, up active volcanoes, and climbs 29,000 feet over the entire course.

The thrills of road racing

The annual Isle of Man TT gives riders the chance to try their skills on public roads instead of the traditional racetracks. There are a number of races that take place over late May and early June, with twists, turns and speeds of over 180mph to exhilarate racers and spectators.

With such a variety of sporting events taking place across the world, you might find it difficult to choose which one to experience first. You can try out something different or go for your favorite sport and capture it from a different angle, with one of the many races that happen throughout the year.