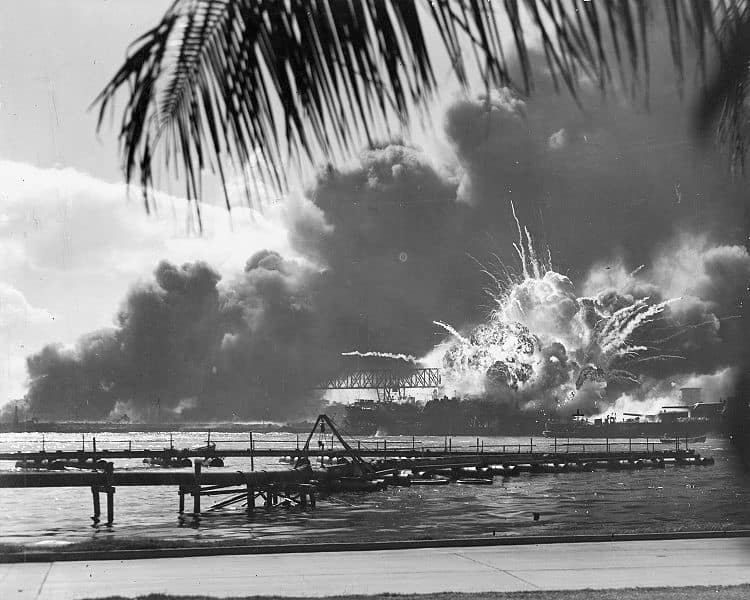 When films are made based on true stories, it is sometimes the case that a story does not play out entirely as it happened, due to stories and records from history being altered and exaggerated over the years.

Accurate war films pay attention to even the smallest of details. They ensure the uniforms are correct of the time, the weapons used are either real, deactivated guns or air rifles modified to be as historically accurate as possible, and the vehicles that appear onscreen are from the correct period.

But then there are the films that “stretch” the truth to make for more interesting viewing. Often tales of love and other side stories are incorporated to keep the viewer engrossed in what is happening on screen. We have looked at three war films which are guilty of changing in the history books, resulting in films being rife with inaccuracies:

On top of numerous other flaws (like the fact it is an awful film!), Michael Bay’s Pearl Harbor is full of inaccuracies; so many in fact that we have just selected a few of the major ones here.

The plot starts with Rafe McCauley (played by Ben Affleck) shot down while serving in the Eagle Squadron, a fighter squadron in the UK. In reality, active members of the U.S. Air Force were not allowed to join the Eagle Squadrons (there were three of them) as serving airmen were prohibited from flying with the RAF; American civilians could enlist by becoming members of the RAF beforehand.

In a further clanger, the filmmakers chose to emblazon Affleck’s Spitfire plane with “RF”, the insignia of the N. 303 Polish Fighter Squadron, even though he was flying a British plane.

During the actual attack on Pearl Harbor, multiple mistakes were also made. The commander of the Pearl Harbor naval base, Admiral Kimmel (Colm Feore), was not playing golf on the morning of the raid. He was also not forewarned of Japanese intentions or of the fact that their embassy had left Washington.

Main characters Rafe and Danny (Josh Hartnett) are seen jumping into planes to shoot down enemy fighters, before surviving the attack and being sent to bomb Tokyo. Well over 20 Japanese fighters are shot down in the film, while historians state that only a handful of Japanese fighters were ever shot down.

It is also revealed that Rafe is quite the dab hand at Origami, which was only discovered by foreign troops after the war, not during. But these all pale in comparison to the moment when President Roosevelt (Jon Voight) – a man paralysed from the waist down, unable to stand or walk without support – stood up to make his dramatic speech, leaving the audience speechless!

The smaller details were also overlooked throughout the film. The Jeep that appears on the golf course warning that the base is under attack is an M-38, which is from the Korean War, as opposed to World War 2.

Dan Aykroyd’s character is seen wearing rimless glasses, which would have been a no-no as the nylon needed to hold the lenses in place was rationed during World War 2. Characters were also frequently seen smoking Marlboro Lights throughout the film, which did not exist until 1972, almost 30 years after the attacks. This was no doubt a product placement move from Bay to gain more money for his explosions… 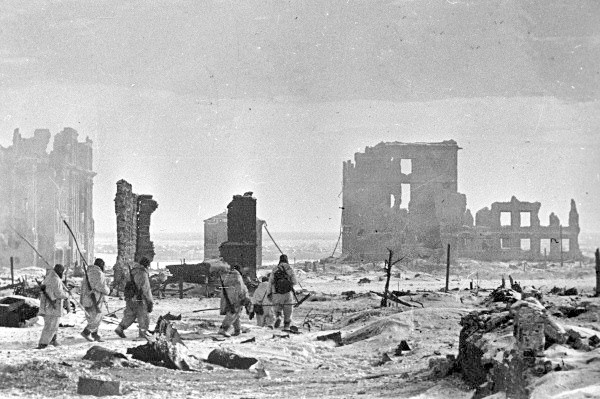 Another World War II epic here, the film is based on Soviet propaganda about the actions of Vasily Zaytsev (Jude Law), a sniper involved in the Battle of Stalingrad. The Eastern Front during WWII has rarely been seen in Western cinema over the years, but Enemy at the Gates does not give a fair representation of it in the slightest.

Like many films before it, Enemy at the Gates soon slips into the typical misconceptions about the Red Army’s activities in World War II. Although some units in the city did suffer from rifle shortages, the scene in which soldiers are sent to fight German troops with one weapon between two is completely fabricated; there is no record of men being sent into combat unarmed.

The film also hugely exaggerates the role that Zaytsev played. Throughout the duration of the film, it is implied that killing him would change the course of the entire battle when in reality, there were more than a million men fighting on both sides in Stalingrad.

There is also the matter of the love story between Zaytsev and Tania (Rachel Weisz). Zaytsev himself claims to have never had any relationship with anyone during the war, and it is fairly obvious that romance during times of war would be at the back of most people’s minds! This is another case of Hollywood fabricating something to make a good film!

But we can’t exactly point the finger at them for this next bit! There are also doubts about the central sniper duel between Zaytsev and his German rival, Major Erwin König (Ed Harris). Zaytsev claimed that the battle took place, but there is no record of an Erwin König in German or Russian archives…

The ancient war story of the 300 Spartan warriors who took on an Empire is one that often defies belief, and for good reason; it’s not exactly true…

Zack Snyder’s film showcasing 300 men slaughtering their enemies with sword and spear while wearing very little makes for entertaining viewing, but you wouldn’t want to reference it in your history exam.

The film is based on the very real Battle of Thermopylae which took place in 480 BC. The film tells us that 300 Spartans, led by their warrior king, King Leonidas (Gerard Butler), took up the last stand against the invading hordes of Persians. But the history books have it slightly different. Once again, there are many differences between history and the film, so we have just touched on some of the major points.