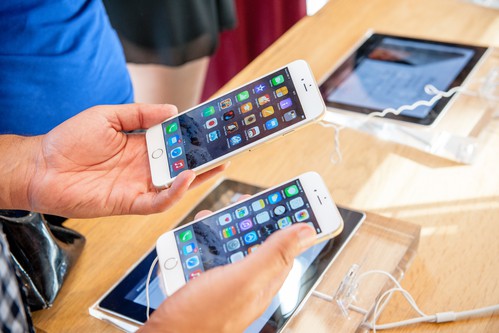 Now, as time flies by, we are having more and more tech gadgets being invented or innovated. In the light of this, I sharpened my research skills and went looking for the best gadgets that 2015 had for us. I know these devices were produced in the hundreds, but, I chose five that I thought had really exceeded our expectations of a typical tech gadgets.

First on my list is the Logitech Bluetooth Multi-Device Keyboard. The device is made to support up to three devices in one go. I connect my smartphone, tablet and PC to the keyboard at the same time (via Bluetooth). This enables me to switch from each device using the same keyboard. This three-in-one quality makes it first on my list of the five best tech gadgets for 2015.

If you are a habitual user of external drives, I present the G-Drive ev SSD gadget. This is an external storage drive with a capacity of 512 GB and connects to other devices using the USB 3.0. Its unique feature is that it copies files at the rate of up to 400MB per second. Talk of efficiency!

iFusion went the extra mile with their Apple iPhone docking station. The station allows you to dock your phone plus other Apple accessories into a system made to look like a desktop phone. While at the dock, the phone enjoys continuous charging and data synchronization through an integrated USB cable. You can receive calls, play music using the powerful built-in speaker on the iFusion device. Supported devices include the iPhone 3Gs, 3G and 4.

Here is something for the lazy student who never seems to listen to lectures: the Livescribe Echo Smartpen. The magic in this gadget is that it allows you to record audio as you write notes! You can play the audio later at your own convenience. How I wish I had one of these during my college days!

Apple gadgets seem to have clutched multiple spots in the technology field. Our last best tech gadget for 2015 is the Apple Watch. Yes, it is named a watch, but, it performs multiple functions beyond my Rolex. These include instant access to weather forecasts, sports scores, social media and messages on Apple devices. Therefore, it plays the roles of a conversation starter and a part gadget.

Fortunately for me, I have at least one of these super gadgets. Do you? Well, if you can afford their costs without losing your mind, these are devices that will significantly simplify your life. Lame as I might sound, I hope 2016 comes with a gadget that might, you know, slash other gadgets’ prices!