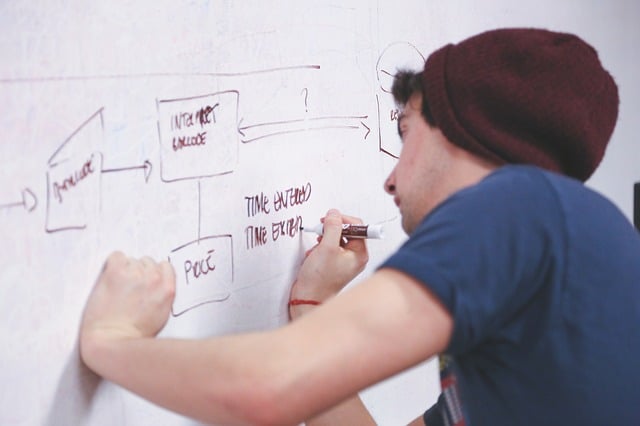 Many people may be surprised to know that the humble whiteboard, although not seen frequently until around two decades ago, was actually invented as far back as 1960.

Classroom whiteboards, presentation whiteboards, and office whiteboards all started gaining massive popularity at around the same time–the mid 1990’s. The technology had to mature and develop and prices had to drop due to its increased commercialization before it became a standard, but it was inevitable. 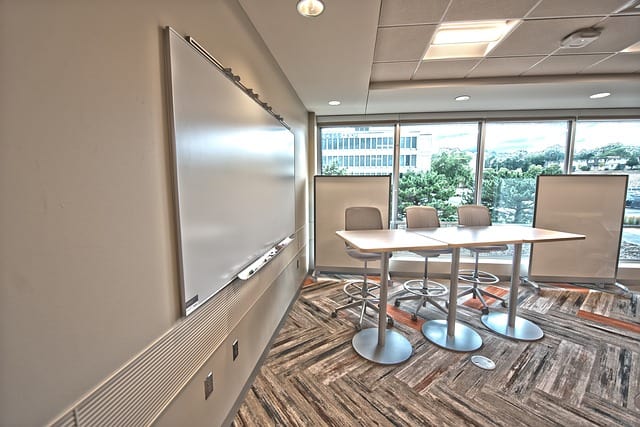 Going Back In Time

Back when the whiteboard was invented, it had a lot of potential, but also a lot of problems to be ironed out. The first one still needed to be wiped off with a damp cloth just like the old chalkboards of the day. Also, the markers they used on them back in the 1960’s tended to leave a shadow of what was written no matter how well you cleaned afterwards. This was fixed in 1975 with the introduction of the dry erase marker.

The first whiteboards were actually made of enameled steel. They would last several lifetimes but were much less practical due to their production cost and weight. Nowadays, we have many different options for whiteboards. There are the cheap whiteboards that have a glossy layer of laminate, although these will tend to stain over time and have a limited life. There are also whiteboards that you can roll up and take with you from place to place, usually made of some sort of vinyl. Plus, nowadays we also have tempered glass whiteboards, which are like the Rolls Royce of whiteboards. 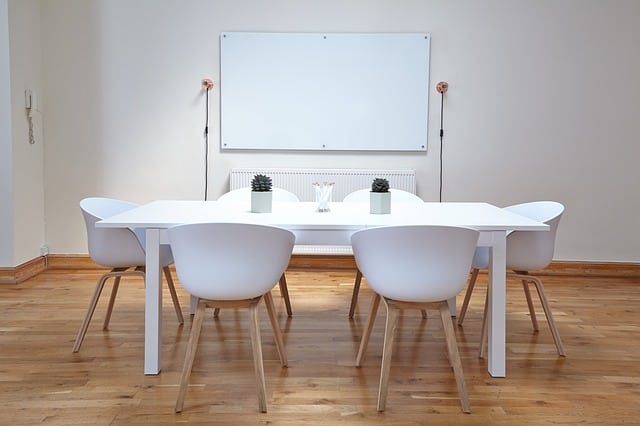 Today, whiteboards are superior to the old chalkboard in just about every way. Chalkboards are a pain to clean, the chalk dust piles up and goes airborne and gets absolutely everywhere, and there are rising concerns about the consequences of breathing in said dust, especially for folks who may possibly have an allergy to it. Not to mention, whiteboards are just plain more visible, portable, and less fragile, as well as costing a mere fraction to produce.

When choosing a traditional whiteboard, pay special attention to the surface that they use. Many whiteboards will use some sort of melamine or other as their surface, but all types of melamine are not created equal. The good quality melamine are much less porous and much more durable. Cheaper surfaces will lead to you having to get a new whiteboard at frequent intervals as they become stained and unusable. For most people, this is not worth it in the long run.

You can also go the other way and get a top of the line whiteboard which uses the original steel backing, with either the original enamel or some sort of glossy porcelain fired on to it. The advantage of these models is that they typically offer a lifetime warranty. For heavy industrial or educational use, this is probably the most sensible way to go, as the whiteboards will pay for themselves several times over in the course of their use.

Steel-backed whiteboards are also the right choice in many other niche markets due to their durability. Think of hospital patient whiteboards, whiteboards used in athletic events such as races, etc. In this case, a whiteboard with a cheap particle board or chipboard backing will hardly last at all, and one would find oneself constantly running back to the store to replace them.

Another option that has been available for the past 12 years or so is the clear marker surface. This is an elegant option for high-end office and industrial use. These surfaces are typically made of some sort of high-grade acrylic or glass. If they are made of glass, it’s usually the same type of glass used to make computer screens, which is optically coated. The past practical application of this type of whiteboard (its high-tech look notwithstanding) is that of presentations in large spaces where some people have to sit far away, as this board boasts the best visibility factor.

What About Electronic Whiteboards

Since the turn of the millennium, electronic whiteboards have started to come into play. These are admittedly designed for a niche market, generally companies that have a substantial IT budget and do group meetings regularly. These can be spectacular tools with many benefits for their customers. Often companies have meetings at the international level, sending and receiving video to and from the various conference rooms, while sharing data and media of all sorts on the screens. This is admittedly a very small market still, but one that is expected to grow, as even the nature of what a business is is starting to change.

This electronic whiteboard tech culminated recently in Google launching its new Jamboard several months ago. Microsoft quickly followed suit with it’s even more expensive ($9k!) Surface Hub. These are amazing tools but the disadvantage of both of these behemoths is that they tie you in too closely into Google’s and Microsoft’s software, respectively. Generic electronic whiteboards are available for much cheaper and are much more flexible as to what software you wish to run on them, making them in this author’s opinion a much better deal.

Looking Into The Future

As you can see, the humble whiteboard has had quite the ride from its inception almost 70 years ago. If you are in the market for a whiteboard, hopefully this article has given you the wide view and the big-picture perspective in order to make an informed buying decision, and get the whiteboard that best suits your needs, present and future.