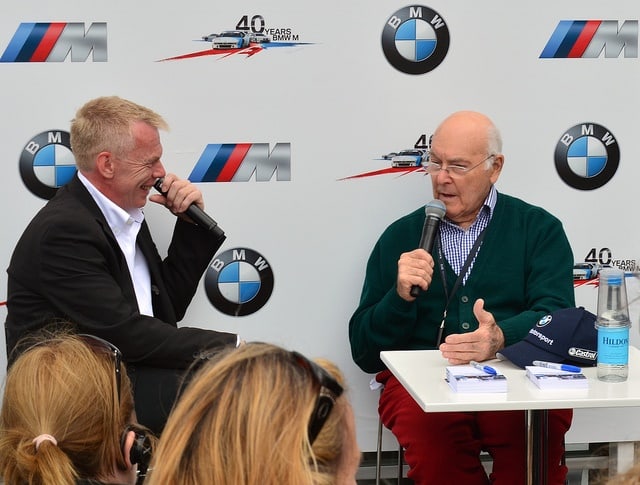 So without further ado, here is our list of the top 6 greatest ever sports commentators.

Murray Walker, despite not being a racing driver, is without doubt one of the best known figures in the history of Formula One motor racing. Anyone who has heard Murray Walker commentate on F1 will instantly hear the passion, excitement and sheer enthusiasm that bursts out of the British commentator. Even as I write this now, I can clearly hear his distinctive voice in my head shouting “and it’s go, go, go” his animated description of the action was entertainment in itself, Walker could make the most boring races come alive. Although he retired from commentating on F1 in 2001, his legacy still lives on and will probably continue to do so for as long as Formula One racing is a part of our universe.

The ‘Voice of Darts” Sid Waddell found fame as a darts commentator and worked for the biggest television broadcasters in the UK. With his one liners and bad jokes – he was also nicknamed the ‘Thief of Bad Gags’ – Waddell brought the game of darts to life. His name will always be linked to the game of darts and darts will always be indebted to Waddell. Before his darts career, Waddell was the “Voice of the Balls” on BBCs National lottery broadcast, although after only one occasion he was sacked for being “too Geordie”. Although these days, it is possible for anyone to take part in the UKs national lottery thanks to sites such as CompareLotto.com. But I digress, to do the man justice, here’s a short list of Waddell’s best one liners.

“Look at the man go: it’s like trying to stop a water buffalo with a pea-shooter.”

“He looks about as happy as a penguin in a microwave.”

“It’s the nearest thing to public execution this side of Saudi Arabia.” 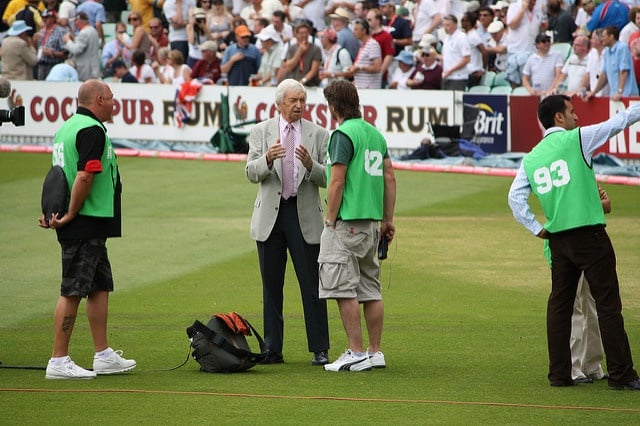 The late Richie Benaud (1930-2015) is regarded by many to have been the greatest cricket commentator to have ever lived. A former international cricketer himself, (Benaud represented and captained Australia until his retirement in 1964) Benaud is a cricketing legend both on and off the field. he has been described as “perhaps the most influential cricketer and cricket personality since the Second World War.” Benaud’s British commentary career began in 1960 at the BBC and ended at the end of the legendary 2005 Ashes series. A staunch advocate of free-to-view TV, Benaud ended his British commentary career after Sky bought the TV rights to live test match cricket in 2005.

A commentator from an up and coming sport now. Anders Blume is a ‘caster’ and commentator of Counter Striker: Go (CS: GO). Essentially, he commentates on professional gamers playing games in front of audience’s that number in the thousands. Although esports has grown vastly in popularity over the past several years, the esports scene is still relatively new and is still trying to find its place in the sporting bubble. But Blume is one of the reasons that CS:GO is one of the most popular esports games out there. Whilst he’s never been a professional player himself, Blume’s passion and infectious attitude make him an extremely popular commutator amongst players and fans alike. As esports continues to grow, so will the popularity of Blume. Watch this video to find out why he is one of the best.

Any fan of the World Wrestling Federation or as it’s now known, World Wrestling Entertainment will know the name, Jim Ross. A commentator on professional wrestling for over 20 years, Ross is the voice of the WWE. His exuberant commentary style is a credit to his abilities as an actor as much as anything else. Ross makes the audience feel like – although they know otherwise – there could be a slight chance that professional wrestling could be real. Always the showman, he often features in storylines on the pro-wrestling circuit – Ross has been ‘fired’ a number of times, he has been choke-slammed, power-bombed and became a member of the Vince McMahon (owner of WWE) ‘kiss my ass’ club. Although he has had recent health scares, at the age of 65, Ross continues to commentate on the WWE scene and keeps the viewers captivated with his deep, philosophical and insightful catchphrases such as, “Oh my god, sweet Jesus, he choke-slammed his ass, all the way to hell” and “as God is my witness, he is broken in half”.