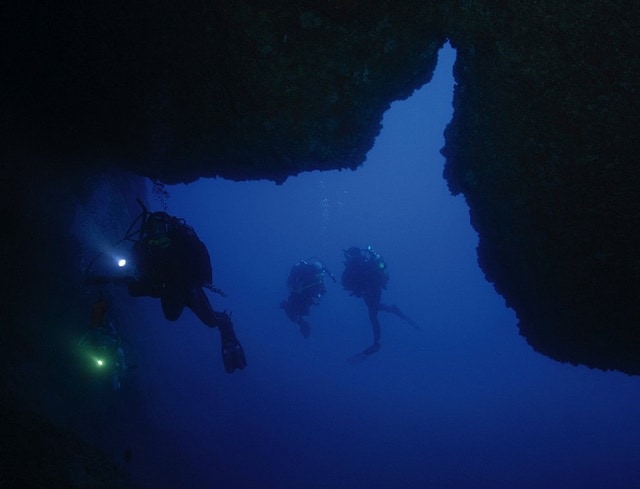 If you love adventure and exhilarating, breathtaking experiences, you may want to try a new extreme sport. Extreme sports are exactly as described on the tin. They’re extreme! We think you’re going to love them but let’s run down a few of the basic facts of extreme sports. They’re definitely dangerous. In many ways, extreme sports are for daredevils. While undoubtedly fun, extreme sports will push you to the very limit of your inhibitions. Humans were never meant to fly. But some extreme sports will cause you to jump out of a plane at fifteen thousand feet. Or how about dropping down thousands of feet, attached to an elastic band. There’s always mountain biking down a rocky, cliff. Or throwing yourself into an ocean filled with sharp and jagged rocks. Does this sound like your cup of tea? Then you’ve come to the right place.

On this post, we’re going to look at some of the coolest extreme sports available. We’ll think about the risks involved, where you can do it, what you’ll need and where to get started. Are your ready to begin?

Skydiving could be seen as a gateway extreme sport. Like a gateway drug, you’ll start off here and work your way up to bigger, thrill seeking activities. So what exactly, does Skydiving entail? Well before you fly solo, you’ll probably want to try tandem skydiving. Tandem skydiving can be arranged at different airstrips across the country. You’ll wake up in the early hours of a cool and clear morning. As long as the weather is fine and the sky is clear, your tandem skydiving adventure is a go. Travel to the airstrip where you’ll meet the trainer and the skydiver who will jump with you. They’ll walk you through some of the basic safety precautions. You’ll find the majority of the training is based on making sure you don’t panic.

When you tandem skydive, one of the most dangerous things that can happen is for someone to panic. They might lose control and this will make it difficult for the other skydiver to control the jump. For instance, at a certain point, you will have to keep your arms straight out. If you don’t do this, the tandem skydiver won’t be able to pull the chute.

The flying experience will last about ten minutes but it will feel a lot shorter than that. As long as there are clear skies, you’ll have a breathtaking view of the world below. If you’re lucky, you might even get a video to hold that experience forever.

After a tandem skydive, you can think about learning to fly solo. You’ll have to go through a few hours of lessons before you reach this point. For one, someone will be jumping with you and for another, you’ll have instructions broadcast in your ear. But after that, you’ll truly be on your own. Then it will be up to you to the decide when to pull the chute and land safely.

If anything goes wrong during a skydive, it’s going to be one of two things. Either, it will be human error or a gear malfunction. Due to this, your safety isn’t really in your hands when you skydive. That’s why if this becomes a regular hobby you might want to look into life insurance. Life insurance for skydivers fits into a specialised bracket. You may want to look into this before you start jumping on a regular basis. 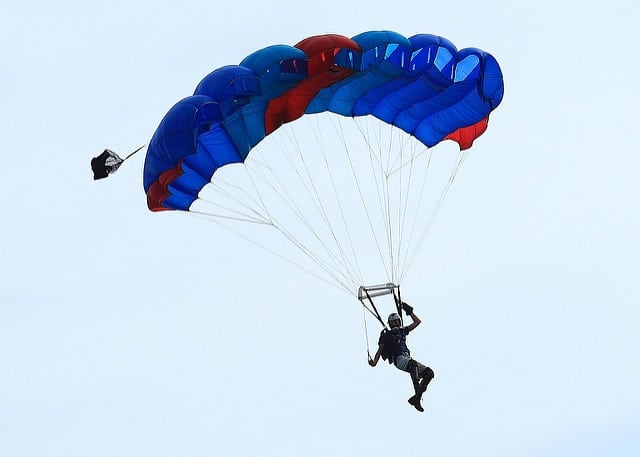 Base jumping is the more adventurous, crazier, little brother of skydiving. It’s incredibly dangerous, despite the fact you’ve probably seen it happen in almost every spy movie you’ve ever watched. Base jumping is like skydiving with one exception. Rather than jumping out of a plane, you jump off a high building. Or possibly, the top of a cliff. It’s then a question of pulling your parachute before you hit the ground or another building below. What makes this dangerous isn’t the jump itself. It’s the landing. When you land during base jumping, you have to time it exactly right and have the correct technique.

It’s been known for base jumpers to break both the legs during an attempt at a landing. Or worse still, break their necks. So what is the appeal of base jumping? It gives you a rush like nothing you’ve ever felt before. Not even skydiving can rival this. It’s so fast and ferocious that you won’t even have time to think before you pull that chute. Still for our money, we’d prefer a little more time before the jump and the landing.

If you are trying base jumping, make sure you get proper training. Many people say there is no such thing as a safe base jump. But there are experts in this field. In fact, soldiers often use base jumping to infiltrate somewhere from the air. 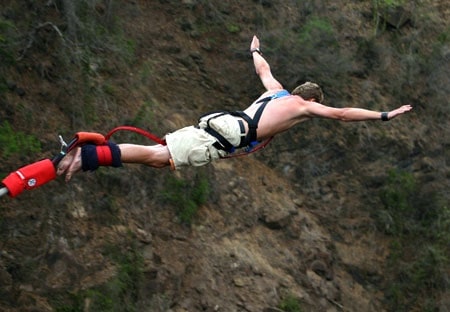 All that said, bungee jumping is still an incredible experience. There is nothing quite like falling to the ground without a parachute. If you want to make it even more thrilling, do it at night. Nighttime bungee jumping is an incredible experience that you should try at least once. No matter what the dangers, it’s something that you will never forget.

Of course, we know the question on your mind. Which is more fun, bungee jumping or skydiving? Well, bungee jumping is faster and due to that, it packs a bigger punch. With skydiving, you will get the heart pounding exhilaration. But you’ll also have that moment where you can relax and look at the ground stretched out below. 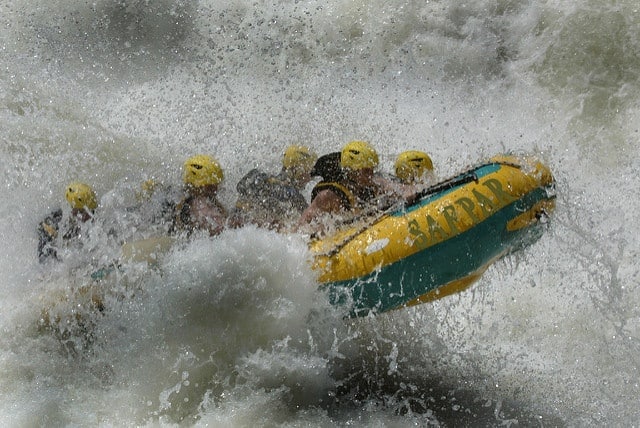 That said, once you get to the bottom of the river, you will feel a tremendous sense of achievement. We think that might be one of the reasons most people try this particular adventure sport.

Our final adventure sport is for those who feel more comfortable in the sea than they do on land. If you love kicking your fins and journeying to the bottom of the ocean, this is the sport for you. You’ll also have the chance to go somewhere no one else has explored. Almost every part of the world above has been explored and mapped. But under the sea, it’s an entirely different story. There are plenty of caves below where men have never ventured. Are you brave enough?

Dangers in this sport usually occur due to low visibility or getting lost under the water. If you lose your way in the caves, you could run out of air, trapping you below. It’s a terrifying experience and one cave divers risk every time they venture beneath the water. But the danger is more than made up for by the fact that you will truly be in uncharted waters.