The Isle of Man has been named as the host of the 2017 British Cycling National Road Championships in June. Join road bikes stockist Leisure Lakes Bikes as they preview the prestigious event and delve into why you should be excited if attending the championships:

Reflecting on the 2016 National Road Championships

We can’t think of a better place to begin this preview than by looking back at the drama and excitement of the 2016 British Cycling National Road Championships — an event which saw maiden titles won in both the men’s and women’s road races, as well as history being marked in the time trials.

Tinkhoff rider Adam Blythe began his pursuit of his first national champion’s road race jersey with less than three laps of the main circuit in Stockton-On-Tees to go when he set off on a break alongside Tao Geoghegan Hart, Tom Moses and Alex Peters. The leading group had managed to establish a ten second lead going into the penultimate lap of the main circuit, before extending it to close to a minute and a half.

Heading into the city centre finishing circuit though, the gap had reduced and former world champion Mark Cavendish was in hot pursuit. This led to a big sprint finish between Blythe and Cavendish, with the former taking the win on the line as the rain began to fall.

After the race, Blythe reflected: “I wanted that one. All day I was thinking about it and always trying to be in the right move. With a couple of laps to go, I thought we might hold off the chase, it was hanging around 20 seconds, we did a few hard turns hoping they’d stay away but we came back together and I just gambled it would be a sprint and luckily I got round Cav.”

Andrew Fenn of Team Sky was third in the men’s race, while Axeon Hagens Berman CT rider Geoghegan Hart was rewarded for his efforts with the under-23 title. Full results can be seen here.

It can be argued that the road to Canyon – SRAM rider Hannah Barnes’ first national champion’s road race jersey really began to take shape with two laps of the main circuit remaining. It was at this time of the race that Barnes set off in a group of 12 riders to close a lead that Dame Sarah Storey had earlier built up; a move that also saw the group quickly gain a 50-second lead over the main pack.

Barnes attempted a break soon after entering the finishing circuit, though she was denied the opportunity to stretch out a lead due to the efforts of Danielle King. It wasn’t long after though that the race to victory was down to a sprint finish between Hannah Barnes and her younger sister Alice Barnes, riding for the Drops Cycling Team.

Hannah would win the bragging rights between the siblings on this occasion, though Alice did gain the under-23 title. Wiggle High5 rider Lucy Garner was third in the women’s race. Click here for the full results.

After her victory, Hannah said: “It feels really great. It was a really big aim for me this year. I think having the winter off, it was a realistic aim for me to focus on this race. (With Lizzie Armitstead not competing) it left the race pretty wide open. I’m really pleased to have the race win and how I could finish it off.”

While no maiden victories were recorded in the time trial races, history was still made nonetheless.

This is because Alex Dowsett captured an unprecedented fifth British time trial championship when he won the elite men’s race by over a minute — his time was 55:38.523 — and Scott Davies reached uncharted territory by winning the men’s under-23 title for the third year running in a time of 44:10.430.

A successful title defense was also marked in the elite women’s race, when Hayley Simmonds became a two-time champion by recording a time of 47:33.357 — a time that eclipsed those set by such illustrious names as Emma Pooley and Dame Sarah Storey. 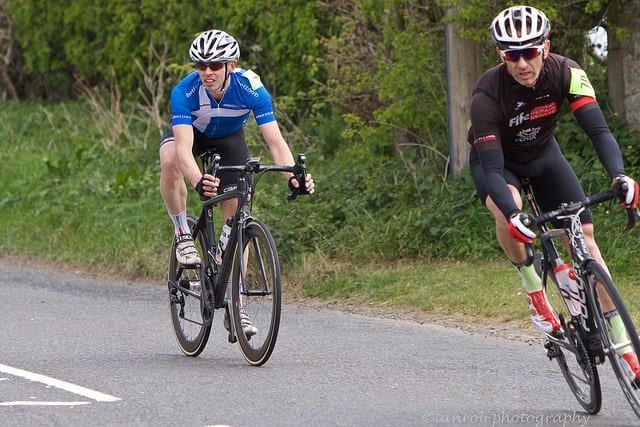 So how is the 2017 edition of the biggest date in the British road race calendar shaping up? Details of this year’s entrants are still forthcoming, due to entries for both the time trial championships on Thursday June 22nd and road race championships on Sunday June 25th still being open (you can enter any of the races here if you would like to be a part of the action).

However, entrants and spectators alike can begin to imagine how the events will take shape thanks to British Cycling already revealing the various courses of the championships.

The under-23 men’s and women’s time trial events will get the action underway, with both competitions taking place on identical routes and covering the same distance. Starting and finishing at Tynwald Hill, in St John’s, entrants will work their way around one lap of a 13.8-mile loop which goes clockwise up to Kirk Michael, before turning and going south to Ballig (it’s the same route as the Isle of Man TT course) and then back towards St John’s.

While the men’s race takes place on the exact same route as the other time trial events, they will need to complete two laps in order to get a time and so will be required to race for 27.6 miles.

Three days after the time trial events, the road races begin. The women’s race will begin that day’s proceedings, with the start line found at the TT Grandstand in Douglas. From there, riders complete a lap of the 37.7-mile-long Isle of Man TT Snaefell Mountain Course — the Snaefell mountain road climb will be a part of this route that entrants will want to pay particular attention to. There will then be six laps of a 4.5-mile clockwise finishing circuit to undertake once back in Douglas, before crossing the finish line that will be set out alongside the start line at the TT Grandstand.

The men’s road race takes place on the same route as the women’s, though with two laps of the main circuit and ten laps of the finish circuit to complete. As such, the men’s race encompasses 120.6 miles of tarmac, with those in the women’s race tasked with completing 64.45 miles for their event.

Speaking shortly after the circuits were unveiled, Mark Cavendish expressed that “the championships coming to the Isle of Man will be great for all involved, and it will be fantastic to see some of the country’s best cyclists competing over these courses”.

Jonny Clay, director of cycling at British Cycling, also acknowledged: “The Isle of Man is steeped in cycling history, and we are delighted to be able to announce a route for the 2017 HSBC UK | National Road Championships which incorporates some of the island’s most famous sites.

“This will not only provide a fitting nod towards the island’s sporting heritage, but will also give spectators the best possible opportunity to view what is sure to be a fantastic two days of racing.”

Key facts and stats from all National Road Championships to date