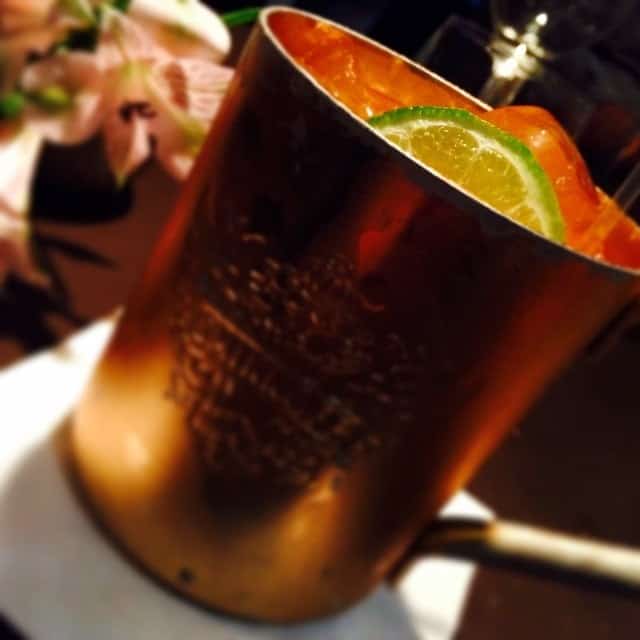 With warmer climates upon us, you’re probably looking to quench your thirst with a cool refreshing libation. Look no further than the Moscow Mule. This chilled concoction is made up of the unlikely combination of vodka, ginger beer, lime juice, along with a sprig of mint poured over ice. Perhaps the most memorable quality of this drink is that it is typically served in a copper mug. Where did this unique drink come from?

If you guessed the Soviet Union, you are incorrect. The origin of the Moscow Mule goes all the way back to 1941, right here in the United States. John Martin was a spirits distributor based out of Hartford, Connecticut who had recently acquired a fledgling vodka brand. 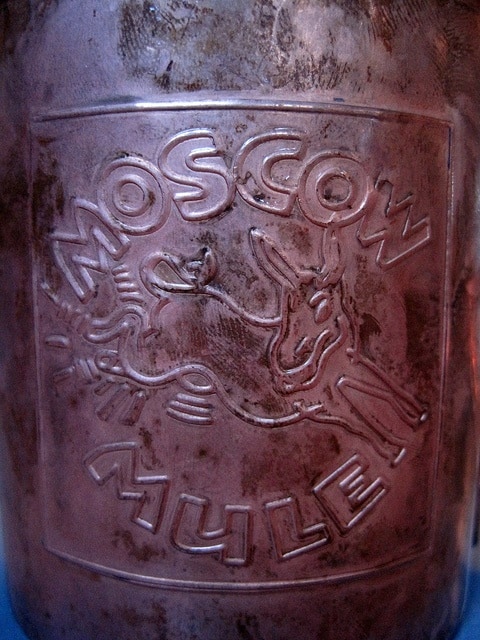 At this time in America, vodka was relatively unknown as the general public opted to drink whiskey instead. John’s good friend was Jack Morgan owner of the Cock ‘n’ Bull pub on the Sunset Strip in Hollywood. Legend has it the Moscow Mule was born in a fit of ”inventive genius” by John and Jack one night by combining vodka with The C ‘n’ B’s house brand ginger beer.

Conflicting reports say credit actually belongs to the pub’s head bartender, Wes Price, who just wanted to clear room in the basement and offload several cases of the non-selling vodka and jugs of ginger beer taking up space. Soon the cocktail was a smash hit with regulars at the Cock ‘n’ Bull especially among its celebrity patrons.

The Moscow Mule was always served in a copper mug. We could trace this back to clever marketing on the parts of Martin and Morgan who had special mule engraved copper mugs made to serve their invention. Martin even took this signature mug on the road as he photographed several bartenders with it in an effort to further popularize the drink and sell his vodka.

Why a copper mug? 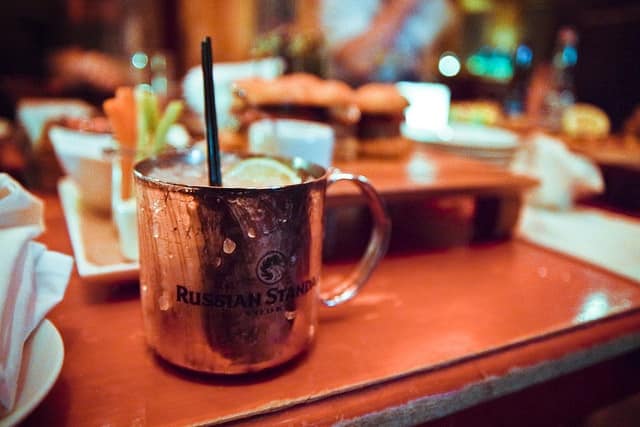 The main benefit of using a copper mug to enjoy the mule is temperature. Copper does an excellent job at maintaining cold temperatures over a longer period of time. You could experience the added benefit of feeling the coolness of a copper vessel when holding its handle or when your lips touch the freezing rim. Some even say the mug makes the mule taste better as the vodka oxidizes when making contact with the copper walls. The cold copper has been known to enhance the bold citrus flavors in lime juice over its acidity.

This metal also brings out the best in ginger beer with the cold copper increasing the amount of fizz from the carbonation compared to plastic or glass. Perhaps the number one reason to sip your mule from a copper mug is that it just looks timelessly elegant. While is technically to still experience a Moscow Mule from a regular glass, a frosted metal mug is sure to make you stand out at the bar and it probably tastes better.