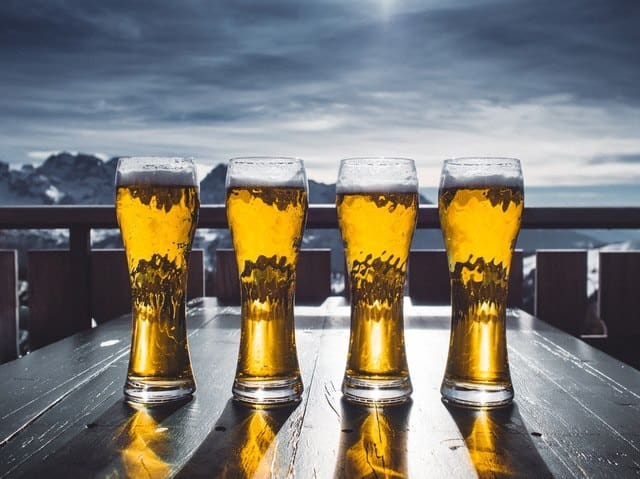 Beer is the world’s most popular alcoholic beverage. It is enjoyed my millions of people all around the globe every day. Large beer manufactures have held the beer drinking public to ransom for decades, with the only product options coming from a handful of international breweries.

As the costs of producing beer rise and the need for manufacturing companies to improve their profit margins, the quality of beer has dropped across all categories and all breweries. If you enjoy a refreshing beer after a long day, often, your only choice is a beer that is inferior in its taste and aroma when compared to beer products from a decade ago.

This drop in quality has led to a revolution in the craft beer space. What is craft beer? Craft beer is a term used to describe custom brewed beer from microbreweries that are emerging in the marketplace. Craft beer can come from companies or home breweries. There are many shows held throughout the world that focus exclusively on craft beer products and microbreweries.

The term craft beer has become diluted to the stage that it now includes a broad range of beers from a variety of countries. Even large breweries are umping onto the band wagon by releasing their own custom brewed concoctions. However, we like to think of craft beer as a way to describe the beverage we are drinking. The flavor, aroma, color, and mouthfeel differ entirely from micro-brewery to micro-brewery, with each manufacturer having their house brand and unique recipe for a beer that is their flagship product.

Regardless of the beverage, the bottle, and the fancy label that adorns craft beer bottles, one principle can be used to separate craft beer from its mass-produced counterparts. Quality over quantity, that’s the philosophy of any micro-brewery and the reason for the meteoric rise in microbreweries and craft beer products over the last decade.

Craft beer is made organically with fresh ingredients and then brewed over a period and perfectly formed into a beer that has its unique characteristics. Craft breweries are well known for their ability to deliver on new styles and flavors of beer, as well as new ingredient combinations and fermentation processes.

Craft breweries have a deep-seeded passion for beer, and this is what sets them apart from commercial beer manufacturers. The love of beer has pushed many an interested entrepreneur into the brewing space and given them the motivation they need to start their brands. The flavor and taste of craft beer are unique and will take your taste buds on a journey of pleasure that entices the senses and always keeps you coming back for another pint.

The artist and magic brewed into every craft beer come out in its excellent flavor and aroma. Brewing craft beer well is an alchemy that only a handful of master brewers have managed to overcome.

The Rise in Popularity of Craft Beer

Strolling into your local pub ten years ago was a far different experience to what it is today. Entering the bar, you may have discovered four or five options of lager, stout, and ale to choose. Everyone knows their brand and prefers to stick to it. The reason for the lack of selection came from the competitive nature of the brewing industry.

Breweries need to keep costs low and make their items easy to import and distribute. This fact led to breweries loading their products with preservatives and cheap ingredients to cut costs and improve shelf life.

Things have changed since these times. Nowadays it is possible to close your eyes and dream of a heady, rich, dark ale that has a hint of blueberries. Only to open your eyes and visit the local craft beer bar to realize your vision. Craft breweries have taken a smorgasbord of beer ideas and made them a reality and its possible to find beers infused with a variety of fruit flavors, different colors, and consistencies.

The growth of microbreweries is on the rise, with more private breweries registering themselves every year. Brewing your beer is so simple and can be done at home with inexpensive materials and equipment. Anyone can brew their beer, and this ease of access has allowed the average man to experiment with becoming a brew master.

Spectacularly designed bottles, with attractive labels and some of the craziest names for a beer that you have ever heard, are commonplace for craft beer products. Craft brewers have made drinking the beverage an artistic experience that has developed craft beer enthusiast and tasting experts all over the world.

The Brewers Association has defined a micro-brewery as a company that produces less than 15,000 barrels of beer annually. This lack of production targets allows craft breweries to focus on providing quality over quantity of product.

There are many benefits of switching from your standard beer brand to a craft beer label. The taste and drinking experience is where you will notice it the most. Craft beers have entirely different mouthfeels and taste when compared to traditional commercial beers. The fresh ingredients and lack of preservatives create a fantastic aroma and flavor that is unlike anything available from commercial breweries.

Choosing craft beer over commercial producers means that you can avoid all of the toxic ingredients and additives used in commercial beer brands. Avoiding commercial beer products and switching to a craft beer will improve your health and let you enjoy your beer well into your old-age without the negative health consequences.

Craft beers never taste watered down, or bland. With so many breweries cranking out products, you are inundated with choice when selecting your first craft beer to try. Our suggestion would be to head down to your local craft beer tap room, like the Lama Dog in California, and have a few sample beers to understand the world of craft beer for yourself. Enjoy the flavors and aromas of real beer and see if you ever return to your bottled swill from a commercial manufacturer.