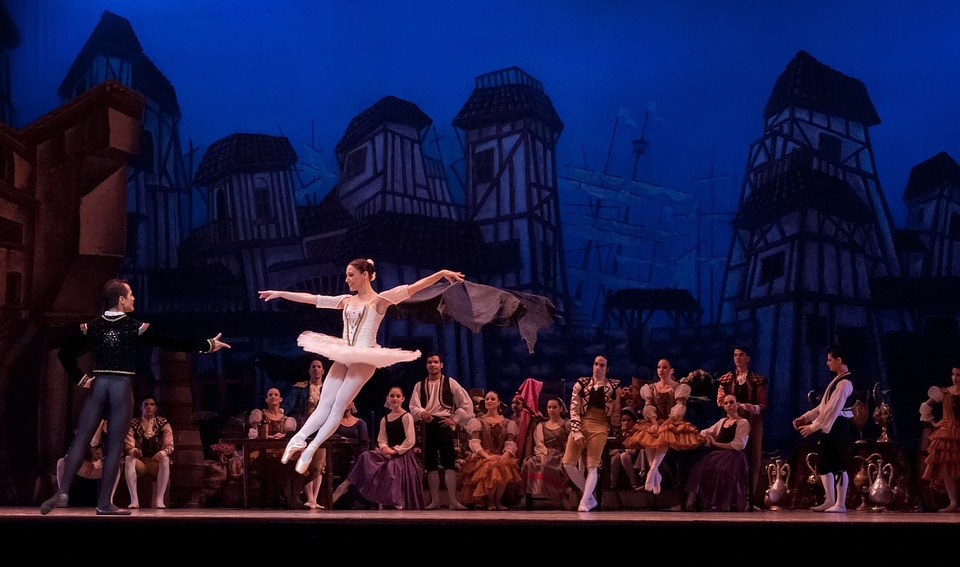 There is no shortage of things to do in Atlantic City any time of year, but many people think of it as a solely summer destination. Don’t make this mistake – as the days get shorter and the nights longer, Fall is one of the best seasons for nightlife in Atlantic City. You won’t mind saying farewell to the warmer times as you prepare for the fantastic entertainment lined up in the coming months.

We’ve rounded up the highlights of concerts, comedy gigs, theater, and much, much more. Check out our Entertainment Guide for Atlantic City Nightlife for Fall, 2019.

What would a famous casino destination be without some old fashioned sass? This dynamic and entertaining show features vaudeville skills, sparkling rhinestones, and themed dance production numbers. The show takes place in the Borgata Hotel’s Music Box weekly, through to the end of October.

10/04 – Foreigner
Classic rock lovers will want to make their way to the Hard Rock Hotel & Casino’s Etess Arena to see Foreigner live in concert. One of the best selling artists of all time, they’ll be playing all of their hits.

Jefferson Starship have been rocking together for more than 50 years, pushing the envelope of sound and carrying on their psychedelic ‘60s legacy. See them at the Tropicana Ballroom.

Smooth jazz legend Kenny G will play his hits at the Ovation Ballroom, sure to delight any fan of adult contemporary music.

On the back of her win on America’s Got Talent, ventriloquist Darci Lynne Farmer is bringing her Fresh Out of the Box tour to the Circus Maximus Theater.

Not content to leave all the fun to the younger ladies, the 40th Annual Ms. Senior America National Pageant will span 4 days at the Resorts.

No longer a boy band, acclaimed pop-rock trio Hanson will be playing the Circus Maximus Theater. Brothers Zac, Taylor, and Isaac will play all of the hits from their 25 year career.

Motown legend William “Smokey” Robinson, Jr. will take the stage at the Ovation Hall, playing his beloved classics from a catalogue that spans 50 years.

11/02 – Larry the Cable Guy
Larry The Cable Guy is one of the bestselling comedians in America, and his shows sell out all over the world. Catch him at Ovation Hall this November!

Legendary singer Paul Anka puts his own spin on the songs and stylings of Frank Sinatra at Ovation Hall.

‘Shock rocker’ Alice Cooper mixes garage rock with horror vaudeville to put on one shocker of a show at the Ocean Casino Resort!

11/23 – An Evening with John Cleese
Be prepared to laugh until your sides ache at the Circus Maximus Theater on Saturday, November 23, as John Cleese brings his British humor to Atlantic City.

11/29 – Celtic Woman: The Best of Christmas Tour
Celtic Woman is a multi-platinum international fan favorite, and they are bringing their eighth annual “Symphony Tour” to the Tropicana Casino and Resort. The all-female ensemble will play a host of their beloved Christmas songs from albums such as A Christmas Celebration and Deck The Halls.

Atlantic City is the place to be this Fall
As you can see from this entertainment guide, there are dozens of fun and unique events taking place in Atlantic City in the coming months. What will you go to see?