Retro is in. Retro is always in. Whether it’s clothing fashions, musical sub-genres, or Christmas gifts, revisiting dusty memories has the power to move us.

Without even knowing it, most of us will have been the “victims” of retro-fever. Current octogenarian Grandfathers will remember passing down or re-buying toy soldiers and train sets with model buildings for their sons in the 1960s.

Those boys grew up to do the same – with the addition of Hot Wheels cars and even early Lego. Into the 70s, mums bought updated dolls for their daughters so they might enjoy what they themselves did decades before.

Even now, new parents are coming up with Megadrive, skateboards, and Star Wars memorabilia for their children.

The parents who have now become grandparents continue to buy the gifts of their youth for disappointed grandkids. Receiving a rocking horse when you wanted a Playstation must be more than a little disappointing.

But why? What insight led these parents to decide to buy old toys?! Maybe they hoped their kids would be a chip off the old block, molded in their image. Or maybe the only children they know are the ones they used to be – “and I LOVED playing with a stick and a hoop, so it must be a good idea.”

Maybe parents subconsciously want to buy something they can do with their children, and parents only know “the old stuff.” Parents can understand Scalextric and Lego, dolls, and coloring-in books but might not understand video games, tablets, and Spotify subscriptions.

While some children are supremely unimpressed with some retro toys – books, urgh! – others seem to hold a timeless appeal. And they’re often cheaper!

Nostalgia is powerful. We all think our youth was precious and golden and better than whatever youth apocalypse is happening today. As miserable adults, we like to tap into the innocence and excitement of youth – from our favorite albums to the toys that littered our bedroom floors.

Grown men and women light up when faced with something they haven’t seen since they were young. And who wouldn’t want to give that to someone?! The problem is, we can’t. Oddly, the gifts will only become meaningful in time – as those children reminisce about the presents of their youth.

Of course, some nostalgia works better than others. Mainly because it’s not nostalgia but related to universal truths. For example, whoopee cushions are ALWAYS funny. Fart noises weren’t just funny in the 1950s; they have shown a lasting appeal in the arena of domestic comedy.

And nostalgia tends to be cheaper. Sure, collector’s items can fetch silly money in some cases. From classic Barbie dolls to Garbage Pail Kids cards, Beanie Babies to comics. But “the latest thing” – especially technology – becomes cheaper with time. The very first digital watch cost the equivalent of £9,000 in 1972. Now you can buy one on Amazon for under two quid. This was also aided by international markets producing and importing plastic items at greatly reduced costs.

Many toys we enjoyed in our youth now come with friendlier prices. 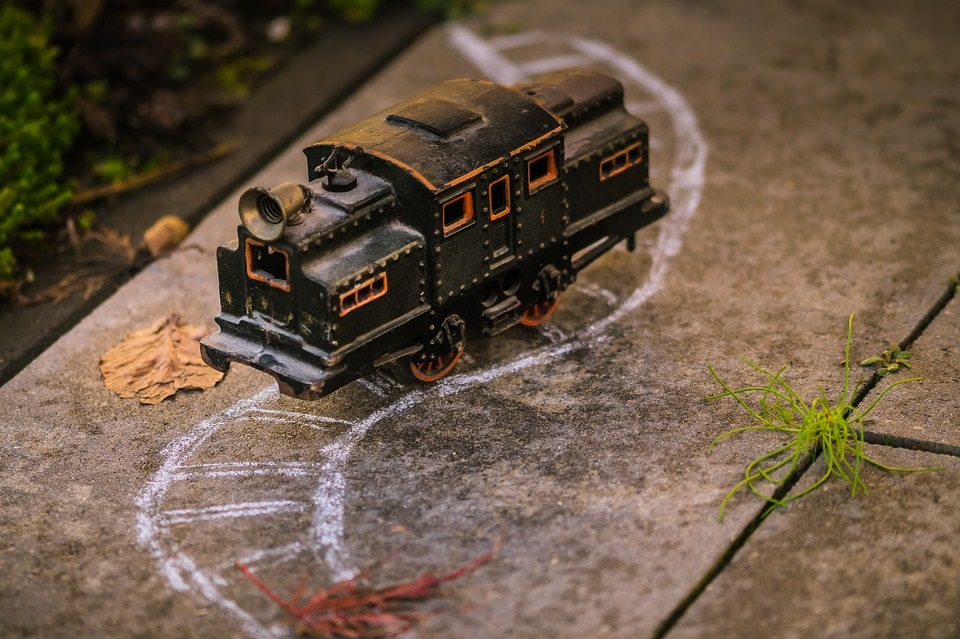 This accessibility has been pushed even further by the – very postmodern – retro gift industry. You can buy toys you had as a child or even purchase things that didn’t exist but relate to other childhood memories. For example, you can now buy a microwavable Bagpuss plush based on the show Bagpuss, which first aired in 1974.

For more expensive (or expansive) gifts of yore, smaller versions have been created, from mini pinball and gumball machines to mini Etch-A-Sketch and desktop arcade machines.

Board games are a trendy retro gift and can make a great stocking filler – not least for their inter-generational appeal. Your nan may be rubbish at Halo, but she knows how to get hotels on Park Lane and Mayfair as quickly as you can. Board games like Monopoly and Cluedo cost around £20, and the former has several varieties, from Queen Monopoly to Game Of Thrones Monopoly and even junior editions (£12). Games like this remind those over 40 when cardboard and dice were a legitimate alternative to TV.

Stocking-fillers that will always excite include slinkies (the spring that climbs down the stairs until – you tangle yourself in it and swear loudly), the yoyo, and the stone-cold classic Rubik’s Cube. Just watch your cocky uncle say, “gimme that!” when he sees you or your kids fail to complete it – right before he fails to complete it. And swears loudly.

Jokes are always good for kids 6-12. The power that practical jokes puts in the hands of the young never stops being exciting. Whether it’s the power to scare granny with a plastic spider or get the whole family laughing at whoever ate the fart powder, jokes bring people together in the best way. And they’re cheap! Individual jokes (like fake poo, rubber biscuits, fake broken window stickers) can cost as little as £1, and full sets for under £10. 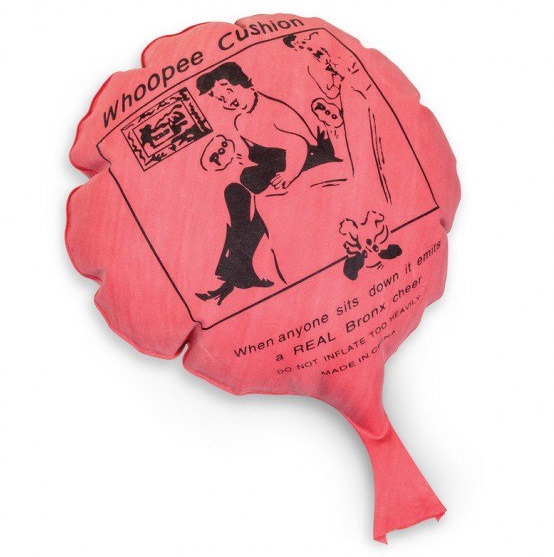 Retro-ism and nostalgia are hobbies for some: people who actively collect old toys, music, clothes, and other paraphernalia. This is a great opportunity for “oh that’s so me!” results. While certain collectibles are expensive, getting close with a related budget retro gift always raises a smile.

Retro movie posters are a great gift for younger recipients, including DVDs of old TV shows and films. And if you can’t think of anything, just Google their favorite TV show, movie, or game and put “toy” or “gift” or “retro” afterward – you’ll never cease to be amazed at what you’ll find. (A microwavable Bagpuss plush, for example…)

Modern game consoles and games can be expensive, but you can also buy lots of game-related gifts on a shoestring. For example, eBay is awash with the 80s and 90s consoles such as the Sega Genesis and Sega Master System II (with Alex Kidd built-in). If you’re not into secondhand gifts, you might choose a retro game for a modern console – which can be a lot cheaper. Other options include playground favorites such as Donkey Kong on the handheld LCD Screen, which can be bought for about £15. Nintendo also does a range of handheld consoles from the Clear Blue and Silver to the Purple console for around £20.

Books can be a tricky one. Everyone has a favorite book from their youth, but don’t be surprised if your young relatives fail to get as excited about Enid Blyton’s output as you were in 1967. And that goes for Harry Potter, Judy Blume, Fighting Fantasy novels, and even Roald Dahl.

Younger children are no less choosy, and even the all-time classic, “The Very Hungry Caterpillar,” may not resonate.

There are many bound options for adults, from those mentioned above to next-to-the-counter type gifts like “Don’ts For Husbands/Wives” books.

Outside of the themes, topics, and types above, are a world of cheap retro gifts from dolls to pen-top trolls, paddle-ball to potato headmen, and space hoppers to the stylophone.

Adults love delving into dusty memories, so why not get the 80s TV Trivia game? Sticking with the adult theme is a range of slightly sweary gifts like the ‘This is f***king delicious’ oven glove with its 1950s-style illustration.

For the kids, why not get some Play-Doh? Or, if you’re house proud, a classic Tamagotchi might suit.