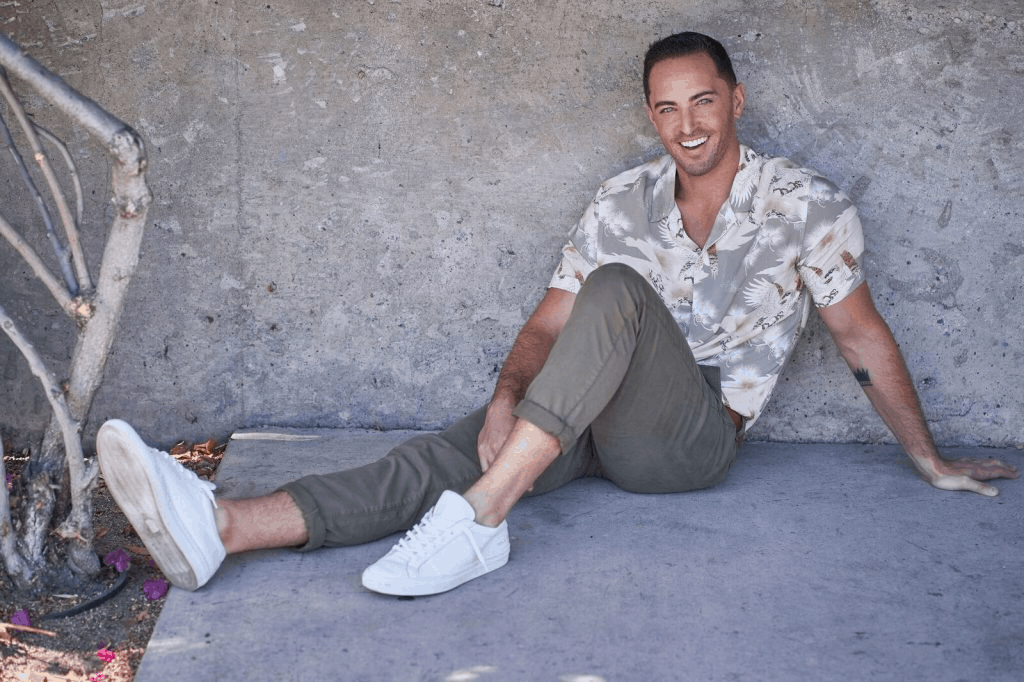 Finally being recognized for his growing list of credentials over the last few years, Zach Avery is taking his career to the next level with an array of movies soon to be released in 2019. Avery’s next film finds him largely into a lead role in the horror thriller, TRESPASSERS, in which he stars alongside Angela Trimbur and Fairuza Balk. Centered around Avery’s strange neighbor (Balk) in the film, the characters must fight to keep the house’s secrets contained and away from the public to stay alive and keep the area safe. Avery has also been in Virginia this summer filming THE GATEWAY, a film that depicts the troubles of a single mother and a social worker who cross paths with the mother’s husband, who recently got released from jail. THE GATEWAY also stars Olivia Munn, Bruce Dern and Frank Grillo.

Presented by IFC Midnight, Trespassers begins as an innocent weekend getaway to a dream home until they hear the doorbell ring.  Two couples, each working through relationship issues, rent a gorgeous Airbnb in the desert for a sex-and drug-fueled escape from reality. Sarah (Angela Trimbur) and Estelle (Pretty Little Liars’ Janel Parrish) are longtime best friends looking forward to reconnecting after a period apart; their boyfriends, Joseph (Zach Avery) and Victor (World War Z’s Jonathan Howard), however, are immediately wary of one another. As tensions escalate over the course of their debauchery, things take an unexpected turn when a woman (The Craft’s Fairuza Balk) claiming to be a neighbor with car trouble shows up at the door. She seems harmless enough…or so they think. As the twists and turns pile up so does the body count in this stylish, blood- and neon-soaked thriller that hits with the furious force of a machete to the skull.

A Midwesterner at heart, Zach spent his teens playing football and dabbling in high school theatre, ultimately playing for Indiana University until an injury ended his NFL dreams. Avery was a massive Pittsburgh Steelers fan while growing up and his dream was to play for them professionally. While the arts continued to be a hidden passion, upon graduating he entered the Doctoral program at the Chicago School of Professional Psychology. While there, he was also attending underground comedy shows and joined local theaters groups, which ultimately led to the decision to shift gears and take a leave of absence from his schooling to pursue acting full time. To fund his goal of moving to LA, he began selling Quickbooks software door to door in the Chicago suburbs and finally made the move west on New Year’s Eve 2011.

Acting classes have helped for Avery get acclimated to LA and meet up-and-coming industry leaders and future directors. This led to Avery being able to work closely on shorts and indie films, realizing that his cultivating and established relationships have been the most effective way for him to get roles. Avery’s networking finally paid off in 2017, when he landed a major role in the film CURVATURE; co-starring alongside Lyndsy Fonseca and Noah Bean. CURVATURE focused on a scientist who broke into a top-secret facility to gain access to a time machine to help her to travel back in time to prevent a murder. The film was the winner of the “Best Sci-Fi Feature” award at Shriekfest, while also winning the awards for “Best Director” and “Best Sound” at FilmQuest Cthulhu. Andrew Levitas, the California based film producer, was integral in helping Avery land a role in this film, with more characters being developed on his behalf. One of the more respected films that Avery was apart of, “FARMING,” was a film festival darling in 2018, directed by British film actor, Adewale Akinnouye-Agbaje. FARMING portrays the story of a young Nigerian boy who is shipped off to a white British family in hopes of a better future. This film starred Kate Beckinsale and Damson Idris. Beckinsale is perhaps the most established actor that Avery has worked with to date, and he felt it was extremely beneficial to his acting skills to be able to learn from her. Over the last year, he also worked with Levitas and actor turned director Ralph Fiennes on the biographical Cold War story of famed male ballerina, Rudolph Nureyev. Nureyev faced many challenges when fighting his way to be the top ballet dancer in all of Russia, and this film depicts the specific obstacles he had to overcome in his pursuit of freedom. THE WHITE CROW also stars Oleg Ivenko and Sergei Polunin and is slated to hit theaters in the fall of 2019- potentially being one of Sony Pictures most anticipated films of the year. Avery played a journalist covering the ballerina’s story and believes that this is one of the better movies he has been a part of, as it was named the winner of the “Special Achievement Award” in the Tokyo International Film Festival while also being nominated for the “Best Film” category. His next upcoming starring role is opposite Mr. Robot’s, Carly Chaikin, in the psychological thriller, LAST MOMENT OF CLARITY. This film’s plot focuses on a New York man’s girlfriend getting killed by the Bulgarian mob, causing him to spend the majority of the film revising and carrying out an established revenge ploy to avenge his fallen partner. LAST MOMENT OF CLARITY is set to be released around Winter time, which will cap off an incredible year of progress and learning for Avery’s acting career.

However, Avery considers his greatest role to date to be that of a husband and a father to his toddler son named Jax. Avery’s wife, Michelle, focuses on being a mom and stays up to date with the latest trends she’s picked up as an LA transplant while also being a fitness and cooking connoisseur. Michelle is keen on teaching her husband to cook, which she believes is a valuable trait to conquer. An outdoorsman at heart, Avery also enjoys spending his time hiking, skiing, scuba diving and enjoying nature with his growing family. Avery and his wife currently don’t have any immediate plans to grow the family, but they both acknowledged that it wasn’t out of the cards for the future. Since Avery was once a prolific football player, he still tends to be a major sports fanatic. Currently living in Los Angeles, Avery has shifted his love from the Steelers to the Rams and the Lakers and any other professional teams from the surrounding area and when he’s in town he attends as many live sporting events as he can. As for other interesting facts about Avery, his favorite actor is Tom Cruise and he is a huge fan of folk music. Avery believes that Cruise has the ability to command the screen in any role he takes on, and that has always fascinated him, seeing him as a dream project to work with along with being a part of the Marvel Cinematic Universe, landing not he top of his list of all-time acting goals.

Avery expects his acting skills to grow with each film he takes a role in and he still recognizes that there are many acting traits he has yet to master. Avery is climbing on the right path towards a major acting career, with his upcoming films to be a steppingstone into a brighter spotlight in the motion picture industry.