Home Advice Gentlemen, This Is All The Tech You Need In Your Life Right...
Facebook
Twitter
Email 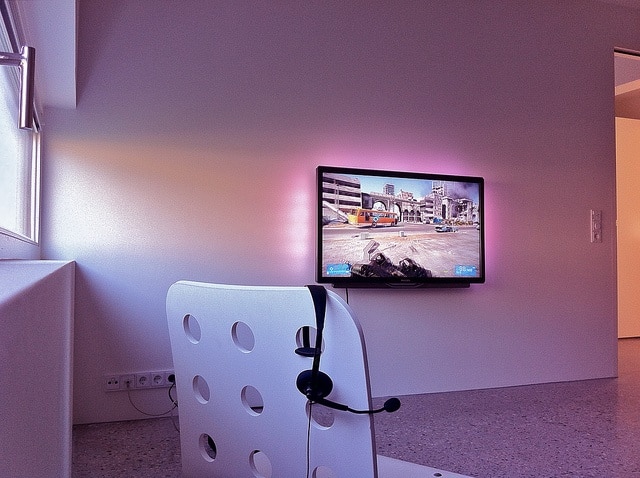 Some things are certain in life. One of those is that men love their technology, their gadgets and their cars. Here is your rundown of the best tech in the game right now, that every gentleman needs. Check it out.

If you’re a big gamer, then you’re going to want the best console out there, right? Now, we’re not trying to start a console war between Microsoft’s game changer and Sony’s PS4, but we reckon the Xbox One boasts the best features. Xbox One has all the big titles such as FIFA 16, GTA V, Assassin’s Creed Syndicate and the new Star Wars: Battlefront. Some of the voice activation features are awesome. We never tire of waking up our console simply by stating ‘Xbox on’ when we walk through the door.

Now you’ve got your new console in the bag, you’re going to need something incredible to play it through. This is where a new 4K TV comes into things. If you’ve been after a new television for a while, then you may have noticed that all of the best models are offering 4K resolution. This is great, because 4K has four-times the pixel density of standard 1080p set. However, for many, 4K is overkill. Plus, the Xbox One (or PS4) is yet to support output in such a high pixel density. Nonetheless, you should future proof yourself by by the best model out there. Only 4K televisions seem to be getting awesome features like OLED for deeper blacks, and HDR mode for better contrast. Plus, http://www.netflix.com and YouTube are already streaming in 4K, too.

Now you’ve got your gaming set-up sorted, you need to pimp out your driving as every gentleman should. Get your hands on a new Ford Mustang. While traditional an American superstar, this Mustang has finally made it to the UK. So, now you can hit the road in this incredibly muscular and masculine design. The interior, such as the upholstery options are gorgeous while performance and efficiency are second to none! Get on over to http://www.tch.co.uk/ or your nearest Ford dealership today, to check out the range. You won’t regret it!

The last thing to make sure of is the phone in your pocket. Every gentleman these days wants an awesome smartphone, and there is none newer and none better than the Samsung Galaxy S7 Edge. It was announced just this month at Mobile World Congress in Barcelona. While it is yet to go on sale just yet, you can still preorder it in four awesome different colours! New features from last year’s model include a bigger 5.5” display, water resistance and better battery life – what a relief! We reckon this is the best smartphone out there, its camera is even better than an iPhone’s. Check it out, here. While you’re at it, see how you can go about ditching your old phone, too.

Ultimately, these are the things every gentleman is dying to get hold of right now. The gamer, the driver and the socialite within you needs each and every one of these awesome bits of kit to have a great time – so treat yourself!