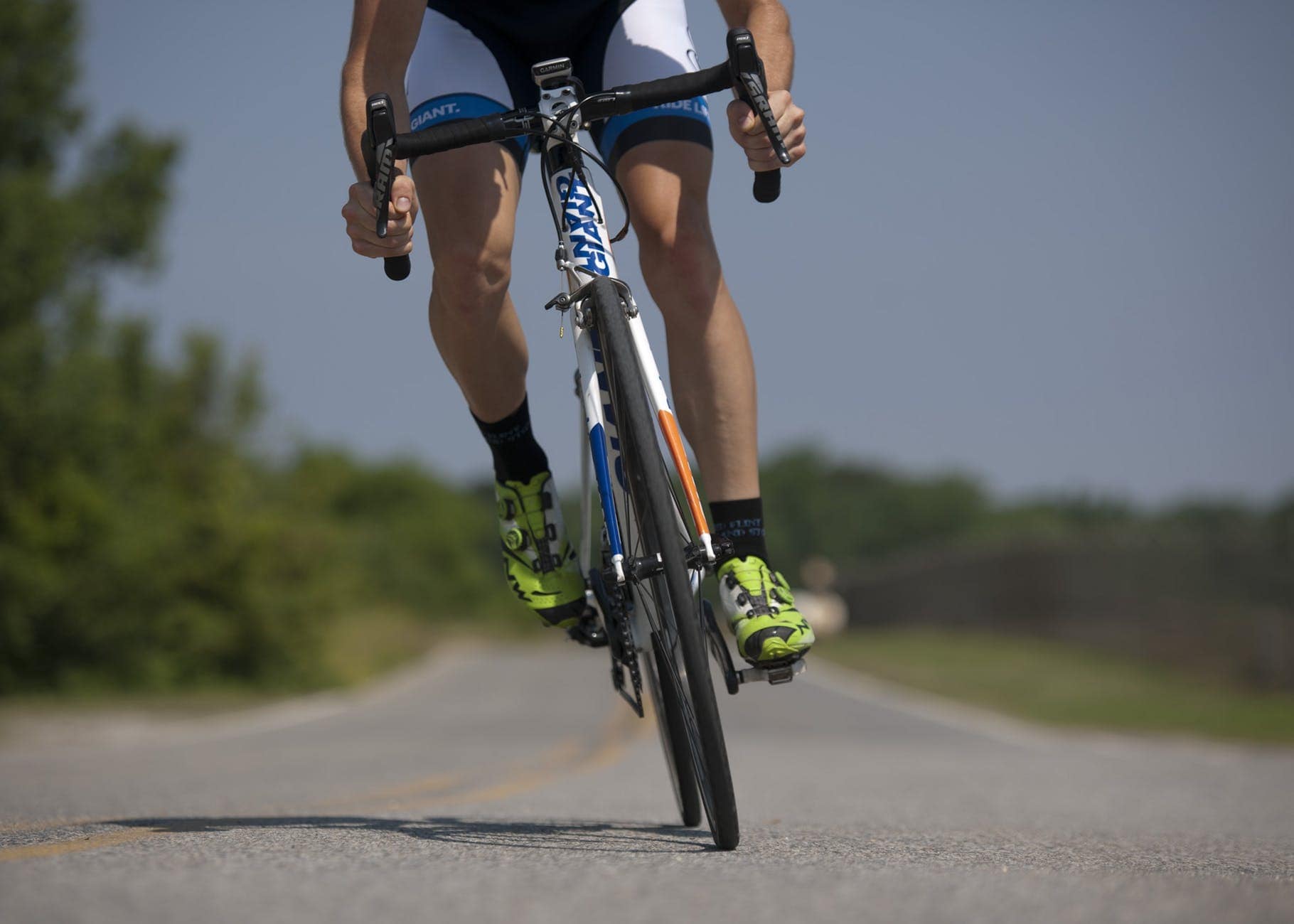 On days when the bike shop at Dave’s Cheap Bikes sales floor was slow, I would take an hour-long lunch and walk to a nearby cafe.

That never happened on Monday. Heck, if I got to eat the soggy leftovers I had brought with me, then that was a good Monday.

On this particular Tuesday, the sun was hot. I already thought that I would need to switch to my backup shirt when I got back to the floor. Call me preppy, but a man should always have a backup shirt. I kept mine in a ziplock in the bottom drawer of my desk.

That’s when I saw them: two stranded teenage girls with the front half of their car stuck in an intersection.

It was the lunch rush, and, while there were plenty of horns honking, no one was stopping to assist.

Now, usually, I wouldn’t give this second thought. Cars today are so light that you can blow on them and they’ll move out of the intersection. Plus, everyone has a cell phone.

But this was one of those late 80’s Lincoln Town Car type of bricks. It was going to take a couple of men to get this thing to move.

As I walked past, I saw the car seat in the back.

It was too hot to leave a kid stranded in a car.

Most of the time, being a Gentleman means holding the door for a lady.  Occasionally, it means talking down another angry person or dragging your buddy back from a fight.

But, all too often, it means being asked implicitly — or by your own damn conscience — to rise to challenges when you know that you should keep walking past.

Like helping that coed move her washer and dryer in. Or stopping by your buddy’s to help him disassemble his refrigerator, carry it up four flights of stairs and re-assemble it.  (Chris still owes me a beer for that one).

I tapped their window and asked the driver to put the car into neutral (and took a moment to make sure we got the right gear.)

I grasped the bumper and waited for the light to change.

It never fails, as soon as I grab a bumper, two more guys show up.

The light changed, and I shoved with everything I had.

“You touching the brake?” I hollered.

I repositioned myself and shoved again. A long, sustained push. Mentally, I was on my bicycle, at the end of a 5,000-foot ascent, when the legs are screaming in agony and the calcium stores are gone. I was in the gym, trying to do my first deadlift. I was against the weight sled on the edge of my high school’s football team. 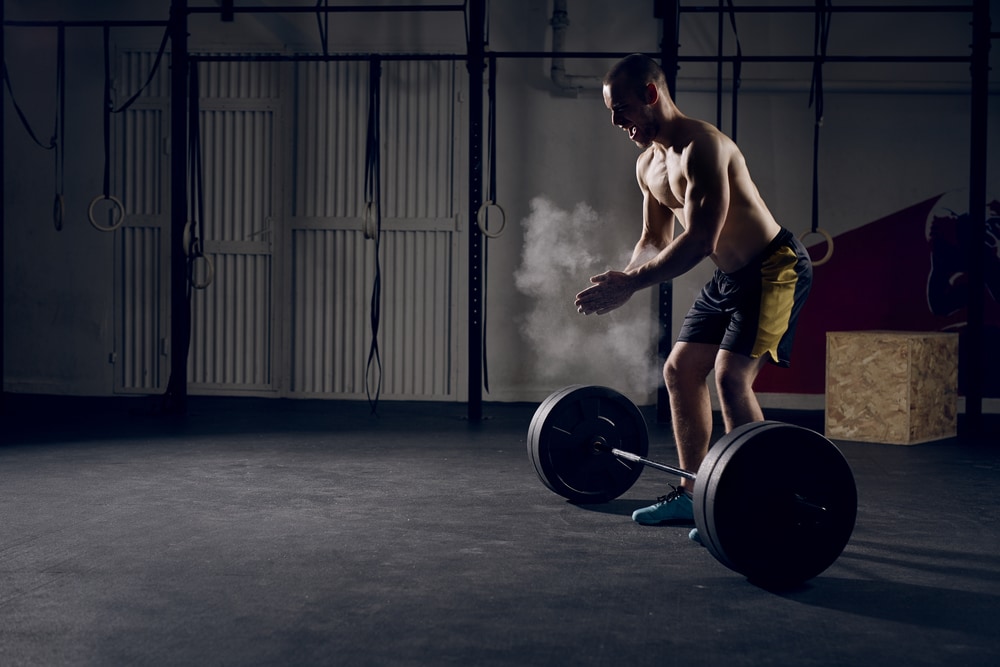 The muscles were there. I just had to access them.

The car rolled through the intersection just as the light was turning yellow. I stood in the road and watched the girls coast into a parking lot and then turned and marched across four lanes of moving traffic to the other site.

Against the odds, when the chips were down, I had what it took.

Can Your Replace Leg Day With Cycling?

I hate leg day as much as the next guy.

Which is why I took up cycling.

With enough hill drills and intensity, it is every bit as good as a leg day.

Now, I know that the guys who fancy themselves to be hardcore bodybuilders will criticize me for that claim.

But I’ve also been around enough to know that for every 100 guys who wanna be a body-builder, only ten of them will develop a life-long habit of fitness. And maybe one of those ten will ever compete.

Which means that 95 to 98 of the men handing out “fitness advice” will, five years from now, be packing on the beer pounds and talking about the “good old days.”

So, we can safely ignore them and ask the question: “what would leg day look like if I knew that one day my life would depend on how well I was prepared?”

Now, when we discuss functional fitness, everyone immediately thinks about running.

There are two reasons why I chose cycling instead. The first reason was pure vanity. Have you seen runner’s legs? They are a scrawny bunch. And those legs don’t age well.

Cyclists, on the other hand, have well-developed hams and thighs, not unlike a bodybuilder. Do it right, and you’ll never be called “chicken legs.” 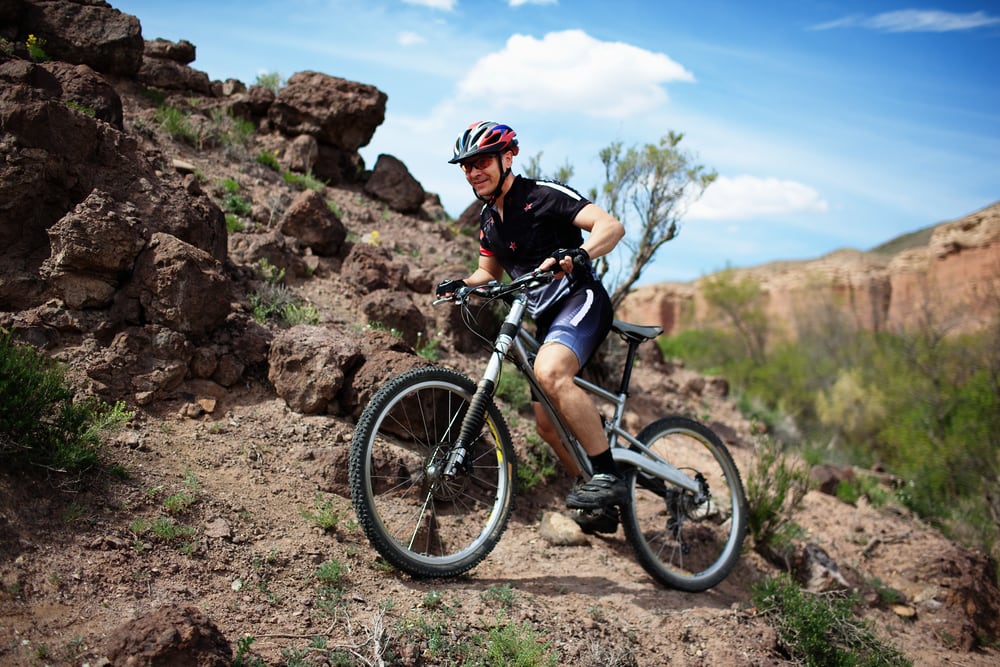 The second reason was that cycling is much easier on my knees. Running is essential and I make sure to do a mile or two every week. But for those hour-long workouts, I wanted a sport that was low impact.

Granted, cycling is more expensive than running, but I loved the activity, and it gave me an added level of fitness that the other weightlifters couldn’t touch.

I still had a “Leg Day” when I’d meet up with my buddy who would thrash me soundly. These days are essential for gains.

But the bike was my reprieve.

And it has paid off, week after week I lift more, I have more definition in my hams, and quads.

And the ladies regularly comment on my sexy calves.  (It’s a little weird, but I’ll take it).

When it comes to functional fitness, sometimes you have to tell the Bro’s to take their “science” and stuff it.

Because chances are, when the chips are down, they’ll be at work.  Or on the lake. Or with their girlfriends.

And you’ll be standing alone in the middle of an intersection trying to push two girls and their baby out of the road.

And, because you didn’t skip leg day, you’ll be their savior.