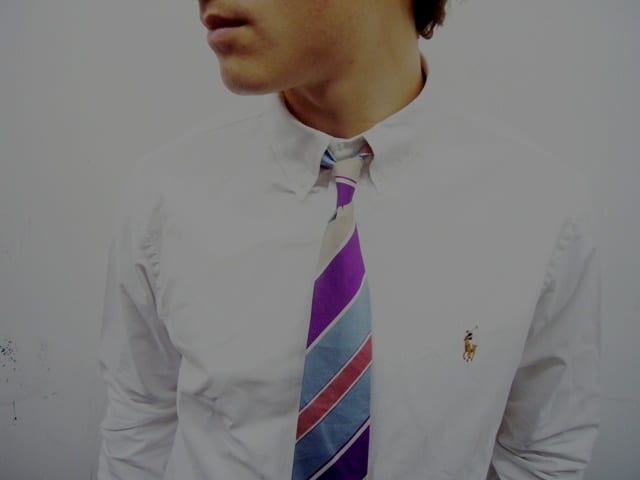 Without a doubt, one of the most basic and important things in any man’s wardrobe is a quality oxford cloth shirt. It pair with almost anything, stands up to wear and looks good on almost everybody.

During the 19th century, the heart of textile production in Europe was in Scotland. One mill (unknown) was experimenting with new weaves. They produced four new fabrics and named them after the most popular universities of the day. (Harvard, Yale, Cambridge & Oxford) Three of the weaves didn’t prove to be very popular and they ceased production, but the Oxford still survives today.

The thing that distinguishes Oxford cloth is its weave. It is made up of two different strands of yarn which are woven in a basket weave pattern. The heavier warp thread passes over two finer warp threads and then under one. Often yarns of slightly different tones are used and combined with the: two over, one under, pattern repeat, gives it it’s unique recognizable appearance.

Pre 1930’s, polo players of the British Raj played in tops made out of Oxford because the fabric was comfortable & breathable. Eventually, the players started to sew buttons onto the end of the collar points to prevent them from flapping around during matches. 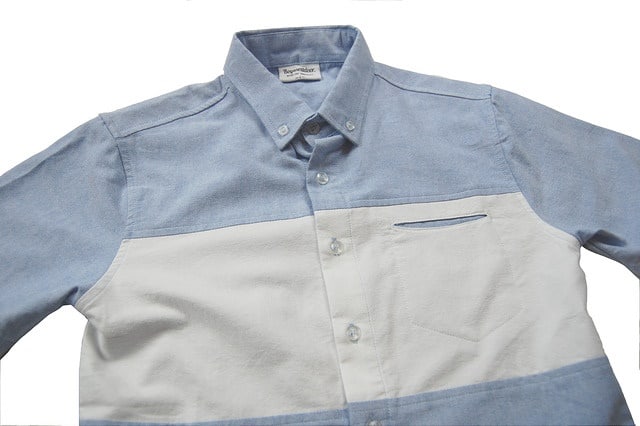 The modern button down oxford shirt in this country was initially quite formal and was always worn with suits and a tie, famously by President Kennedy who further reinforced it’s aristocratic heritage.

East Coast Ivy League students caught on and quickly adopted the smart look of the oxford and casually restyled it, mixing it up with shorts, loafers, leaving it untucked. These classic associations: combining comfort & heritage, in an apparently effortless and self- assured manner began to become the cornerstone of what today is defined as prep style.

In the late 50’s The oxford shirt jumped back to Europe being picked up by the Mods & Jazz players in the British “Jivy-Ivy” look.

Many things in contemporary society have been readapted, whereby the nomenclatures have been repurposed and slid sideways so that they now represent something wholly different than once was. But what makes the Oxford button down so timeless and iconic is that it’s styling is famously unquestionable. It represents the “everything good” about traditional American culture. Buy a few, you can’t have too many. For uncompromising quality of material and workmanship, check out Old Bull Lee’s line of button down dress shirts HERE.