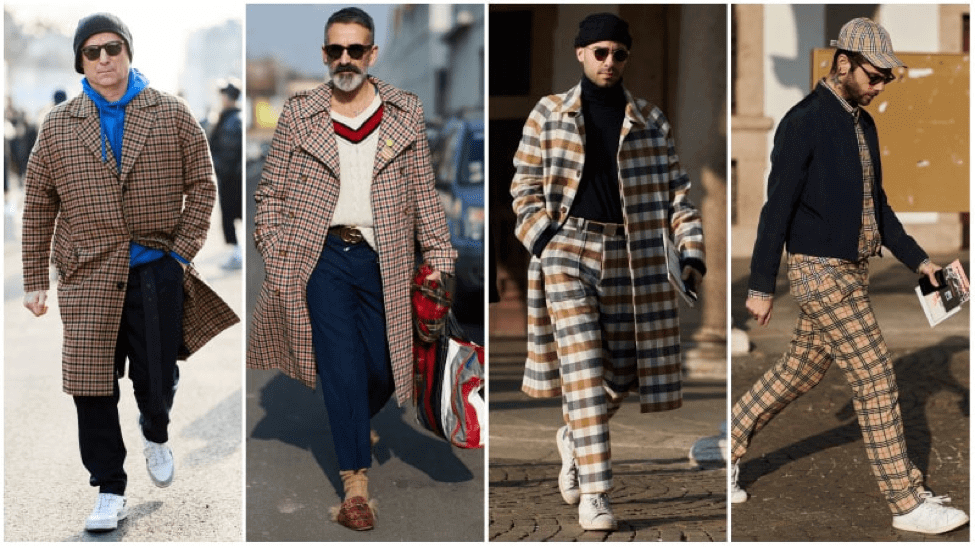 I think all women can agree – there’s nothing better than a man in a tailored suit. Something about that clean-cut image just oozes confidence and sex appeal. It will forever remain a woman’s weakness! Now, with that being said, this year, fashion weeks around the world went back to basics with men’s fashion. In previous years, the runways were less ‘smart and tailored’, and more casual, laid back and very much ‘boyish’. And while some of us drool over the pretty boy look, we can’t help but admit that the look of the original gentleman gets us in all the right places.

As we know fashion works in a pendulum cycle; meaning that styles of the past often come back around, but are altered in certain areas to suit the times. Now we’re not saying that the tailored suit has ‘come back around’, because it never left – it will forever remain one of the most classic styles in the history of fashion, along with denim jeans and T-shirts – but there have been some significant changes made to the way the original suit is worn and styled.

For a long time, tailored suits were thought to be too smart for ‘everyday wear’ and the style was somewhat confined to the office. But if we look back at the previous generations – perhaps as far back as our grandparents’ era, we’ll see that suits were worn every day, regardless of where they were or what they were doing. Suits were the attire of gentleman.

Throughout the 2018 runway shows, we saw a significant pull towards the classic styles – across the board, not just in menswear.But seeing as we’re talking about men’s fashion trends of the season, we should note that the year of the man is back with a vengeance! Tailored cuts, smart styles; both in clothing and shoes; and even shades and haircuts, are back! This time, however, the materials and fabrics come with a twist. Read on to find out how the fashion gods have taken classic menswear to new levels.

Vintage checks are the rage this season and quite frankly I don’t see it dating anytime soon. The checks enhance the very simple cut, making it a more creative-looking piece. Checks are also incredibly versatile; making it easy to pair with any other color, design or style. Back in the day it was frowned upon to stray from smart colors when it came to smart silhouettes. You would never see a suit that wasn’t black, grey or white; but in this day and age it’s all about pushing the boundaries and fusing two (or more) dissimilar ideas, to create something unique. Stripes stripes stripes! Yet another fabric design that takes a very ‘normal’ looking style and transforms it into something original. According to the biggest names in fashion you can’t go wrong with this new trend – and it’s even A-OK to pair it with different fabric designs, of different colors. It’s all about interpretation and getting creative with your style and individuality. This is a bold move made by fashion houses. They have taken really simple menswear pieces and have spruced it up only by adding a burst of color – but staying true to the original cuts. Usually fashion week is all about showcasing the OTT styles, however, this year was all about OTT color palettes – and it was well received. Menswear palettes are often very muted and dull, but this year the palettes were in stark contrast to the normally ‘somber’ tones. If you’ve never heard of the ‘shacket’, it is a mix between a shirt and a jacket. It can be worn on its own like a shirt, or it can be paired with other garments like a jacket. It’s made of thinner fabrics to a normal jacket (which is usually a lot thicker in fabric and feel), making the overall look a lot ‘lighter’. The shacket has definitely made a name for itself this season as it was seen in almost every menswear collection this year. It’s certainly going to become a staple piece – who wouldn’t want something so versatile, that’s the perfect fusion of smart and casual? Jumpsuits are no longer confined to the women’s’ wardrobe, neither the fighter pilots, the painter or the janitor. It is now an uber-fashionable piece of clothing, that, if paired with complementary accessories, can look rather modern. Instead of sticking to the two, or three-piece suits, the fashion houses have expanded their designs, and have fused the two separates; introducing us to the men’s jumpsuit. It’s a rather modern take on the original inspiration but we have to admit we’re liking it nonetheless!