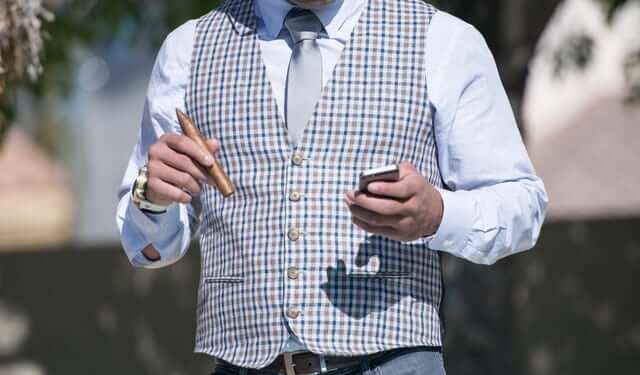 Do you remember what your grandfather used to act like when you were young? Some people are saying the modern man isn’t heading in the same direction. In fact, they’re saying males are becoming too soft. If you look around you will see it’s true.

Fortunately, you’ll be able to buck the trend by becoming an old fashioned gentleman. If everyone did it the world would become a nicer place. I doubt you’ll know how to get started, so take these things into consideration in the future.

Can you imagine yourself chopping down trees? Maybe you should take agriculture courses to grab your dream job. I think we can all agree it would be something physical you would need to carry out with your hands.

You don’t have to go down this route if you want to become rich, but remember money isn’t everything. Job satisfaction will help you lead a happy life. You might not achieve that sitting in front of a computer all day.

2. You Don’t Want to Become a Doormat

We live in a world where people don’t treat the average person with respect any more. You need to be strong if you want to show respect to everyone, which is what a gentleman must be doing on a daily basis.

Just don’t let people treat you like a doormat. Being respectful is now considered some kind of weakness and shallow individuals think they can exploit you. Let them know they are messing with the wrong person.

3. Start Paying Attention to Your Mind

Old school guys didn’t have too much to worry about when it came to electronics. There was no such thing as the internet. They weren’t desperately looking at their phone to see if they had any new notifications.

I don’t think you need to throw your phone away to become a gentleman, but deal with the problems caused by electronics. It’s definitely messing up our minds, so maybe you’d like to start by paying attention to that.

4. Don’t Resort to Swearing at Anyone

They used to say you were unintelligent if you swore a lot, because it showed you didn’t have a very large vocabulary. That isn’t actually true and science has shown it’s the exact opposite of what we thought.

You still shouldn’t go around swearing at anyone, or you won’t be considered an old fashioned gentleman. It’s different if you injure yourself. I don’t think anyone will blame you when you’re in extreme pain.

5. Always Stay Close to Your Parents

These days, if you’re close to your parents people will assume you can’t handle life on your own. It sounds pretty silly when you think about it, right? Back in the old days families were a lot stronger.

It’s even worse if you live with your parents. You’ll be shunned by part of society. Stay close to your parents no matter what anyone says. There is proof it’s a good idea even if you’re not a true gentleman.

6. You Can Only Truly Rely on Yourself

Survival of the fittest is why you’re here today, but I think too many people rely on handouts in the modern age. You should avoid this whenever possible and take care of yourself 99 percent of the time.

Looking for help isn’t something old school gentlemen did, so you shouldn’t either. Keep in mind, if you’re in serious trouble you can forget about this one because it could end up hurting you.

You Will Stand out from the Crowd

There aren’t many old school gentlemen among the younger generation, so you’ll definitely stand out. You shouldn’t feel ashamed that you don’t act ridiculous like the majority of people you’ll come across today.