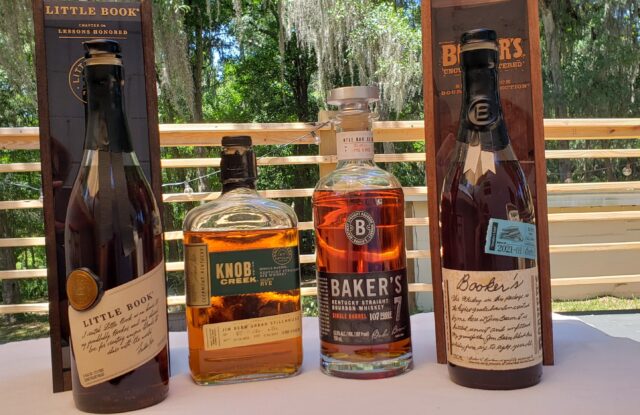 Topic: All in the Beam Family

It is hard to believe in 1740, the Boehm family moved to American from Germany when there were only thirteen colonies. In the late 1700s, they moved to Kentucky, Americanized their name to Beam. They moved to Kentucky to grow corn. But Jacob Bean created a hobby out of the leftover corn and used his father’s recipe to distill whiskey. By 1795 the Jim Beam journey began. Jacob’s son David inherited his father’s distillery in 1820 when whiskey was still sold directly from the barrel. Their Old Jake Beam Sour Mash was a hit. David Bean realized that you could use the barrel to change the flavors and aromas of the whiskey by charring the barrels.

During prohibition, James Beam lost the rights to his Old Tub Whiskey Brand rebuilt the distillery in Clermont, Kentucky producing his first batch of bourbon in 1935 with the name we know today Jim Beam.

Let us skip to 1990, where the Beam family is still running the distillery. Jim Beam is not just making the same old whiskey. They are showing off their skills and coming up with some great new products. If you have never been to the distillery, I would highly recommend it. I did a tasting a few years ago with my job at the time. It was so much fun and educational. The time and skill it takes to make a great tasting Bourbon is hard work.
They have added some other great products to their lineup. These are excellent bourbon whiskey to add to your liquor cabinet.

Little Book was created to honor his grandfather and his love for unique blends. You can walk into most bars and order a Jim Beam. What about taking your love for Jim Beam and open a bottle of Little Book. Freddie Noe is an eight-generation distiller. The first two Little Book were made from Canadian whiskey and Kentucky rye. Mr. Noe changed his blend on Little Book three and four. He used what we know best and relied on Kentucky Straight bourbons to create a great whiskey.

“This year’s release is an ode to my dad and the lessons he has passed down to me about bourbon and life, all of which I hope to pass down to my own children,” Freddie Noe said. “A lot of them go back to honesty and integrity. He taught me to be true to myself, which is something that’s very important in our family and to know when to slow down and be patient. Dad’s values carry over into our whiskey brands, and I’m proud to honor him with this special blend.”

With a bend of three whiskeys, 7-year-old Kentucky straight bourbon, 4-year-old straight Kentucky brown rice bourbon, and 8-year-old straight Kentucky High Rye whiskey. I know this might sound a lot in one bottle, but your taste buds with be asking for more. The nose was the first to see what this bottle has to offer. The sweet oak with a hint of vanilla made my mouth water. My first taste was nothing like before. The warm caramel taste with a spicy finish gave me goosebumps. 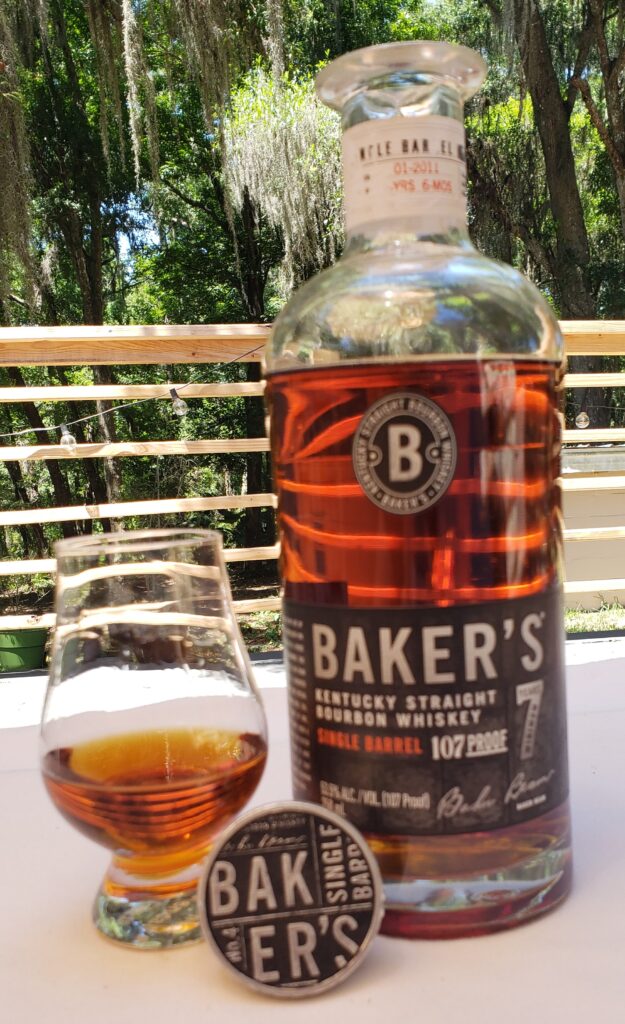 January 2011 Baker’s bourbon whiskey was placed in the barrel and stored for at least seven years till we can enjoy it. Baker’s might not have a name that people might know, but this is one is an excellent bourbon whiskey everyone should try. I was amazed at how smooth it was. After a few minutes in my glass, it started to open up, and you can begin to enjoy what it has to offer. The smell and taste of vanilla with the hint of cinnamon is excellent for sipping. I have tried a few bourbons in my life. I would see notes of vanilla and never could smell and taste it. 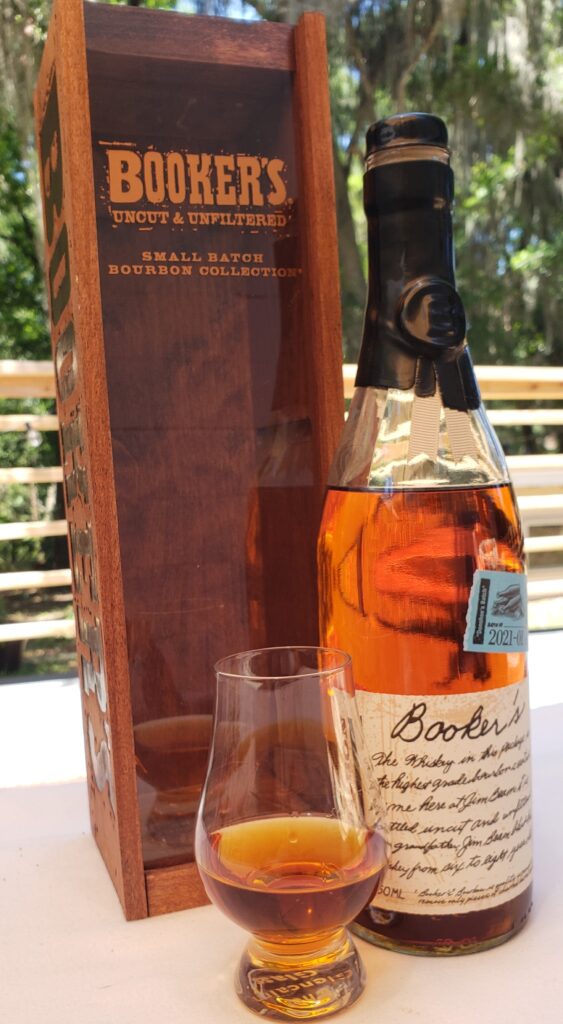 To honor a great friend Booker named their 2021 release to his good friend Mike Donohoe. Mike Donohoe may have been the 9th round pick for Minnesota Vikings but played his first three seasons for the Falcons. He did not have a long career in the NFL, but good thing he became great friends with Mr. Noe. 2021-01 was released in honor of Mike. This batch is made up of six different barrels. 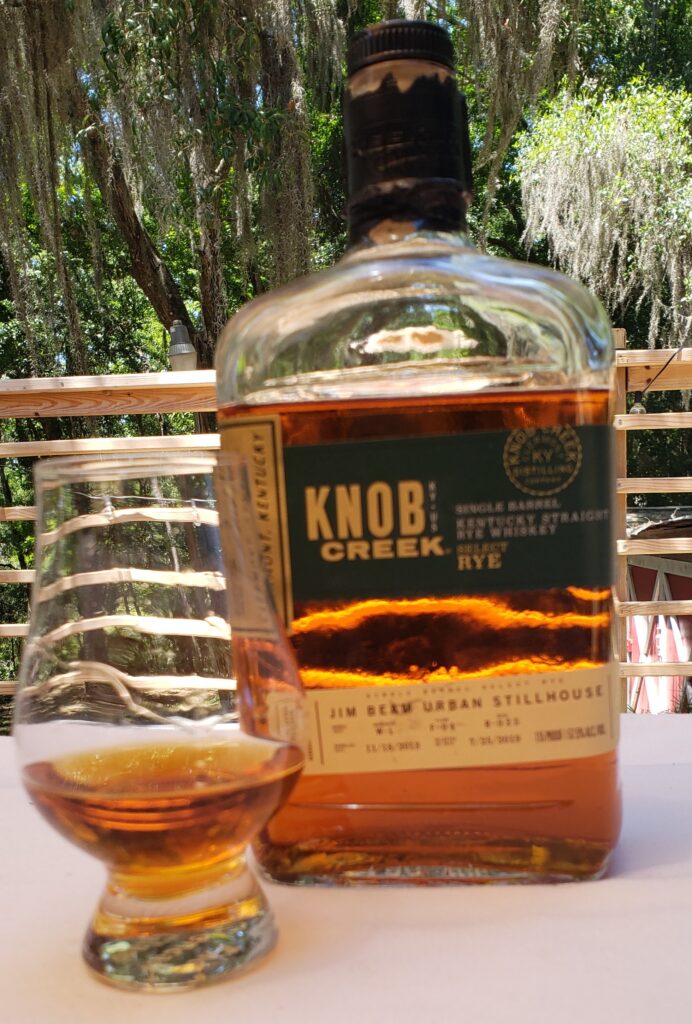 Knob Creek is the best know small batch collection from Jim Beam, released in 1992. In 2012 Knob Creek Rye hit the market. I have never tried a rye whiskey till today. I have always stayed close to what I know. After this tasting, I will have to try more.