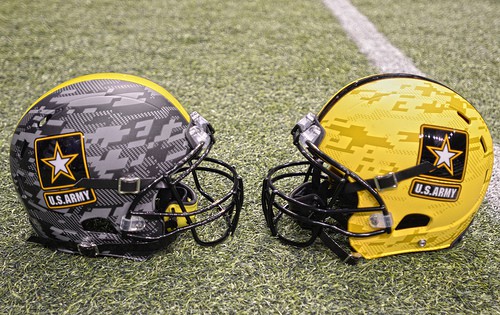 Are you looking to find sleepers for your fantasy football bench? This article can help. We’re about to spotlight five players who are stronger than their average draft position would indicate, making them perfect for late-round drafting.

Sun Tzu said it best: “Victorious warriors win first and then go to war.” Translation? Victory happens through solid research, and for fantasy football, now is the time to do it. These are the weeks when you can use Rotogrinders to check player rankings, put together a list of priorities, participate in a few mock drafts, check out one-day league options from sites like FanDuel, and make sure your team has a contingency plan in place for every possible situation.

The players we’re about to highlight are especially valuable because their skills exceed their reputations. As such, you’ll have minimal competition as you build a stronger bench, maneuver around bye weeks, and otherwise bolster your team.

Seferian-Jenkins’ skill level is underrepresented in his statistics. That’s thanks mostly to a foot injury during college followed by a few related ankle and back issues. Now, however, the injuries are resolved and he’s in fighting shape. Plus, the Buccaneers’ quarterback Jameis Winston is likely to bolster Seferian-Jenkins’ point potential, since Winston targeted his tight end a stunning 73 times last year at Florida State.

Floyd is a battle-hardened veteran. Will he be able to keep up with the younger players? You can never be sure, but he certainly did a good job of it last year, finishing in the number 30 spot for wide receivers in 2014’s fantasy football season. Even if you’re skeptical of him for the 2015 season, there’s no real risk and a lot of potential reward to be found in taking Floyd as a late-round pick.

Until recently, Clay played for the Miami Dolphins, where his importance to the team and his list of accomplishments grew dramatically over the last two years. He was recently picked up by the Bills for a hefty sum, and thanks to the Bills’ impressive offensive coordinator Greg Roman, Clay has the potential for a dramatically higher point total than he saw last year.

Dalton has a good but declining record with end-of-season fantasy football rankings. In 2013, he finished 5th, but then plummeted to 18th in 2014. While this trend is certainly enough to raise some eyebrows, a good chunk of his 2014 performance was due to teammate injuries, reducing his passing options. While this year holds no guarantees for Dalton, he remains a strong choice for a late-round quarterback pick.

Reid has immense size and loads of skill. The issue is that he’s an injury-prone player who had issues during the last two years and in this year’s training season. Many fantasy football managers avoid him for that reason, but if you’re willing to take the risk, there’s a chance Reid will be a real point-booster for your team.

These sleepers can be a vital part of victory. After all, if you want to win in your league, you’ll need to have long-term strategies in place from the beginning. Of course, if you’re feeling overwhelmed by the need for long-term strategies, you can just go for a one-day league. Whether you’re a long-term strategist or a day-league junkie, we wish you the best of luck in the upcoming season.