Although the world is changing at a rapid pace, one thing that tends to stay the same are global etiquette rules. Etiquette is not only an unwritten set of rules that you are expected to adhere to, it is also a reflection of the cultural norms and values of a country or region. Keeping in line with these rules will ensure that you are perceived as polite and respectful – a true gent.

Without etiquette, it’s safe to assume that part of the fabric of society would disintegrate, as chaos would reign supreme. Etiquette is perhaps more important than ever when you are meeting someone for the first time, particularly when it has something to do with business, as you want to create a positive first impression and secure the trust of those in your vicinity.

Wherever you are in the world, you can be sure that there are a set of specific values and etiquette norms that are expected of you. While many of them may seem like common sense and straightforward, there are some that are significantly more surprising.

Here are some of the most surprising etiquette rules around the world: 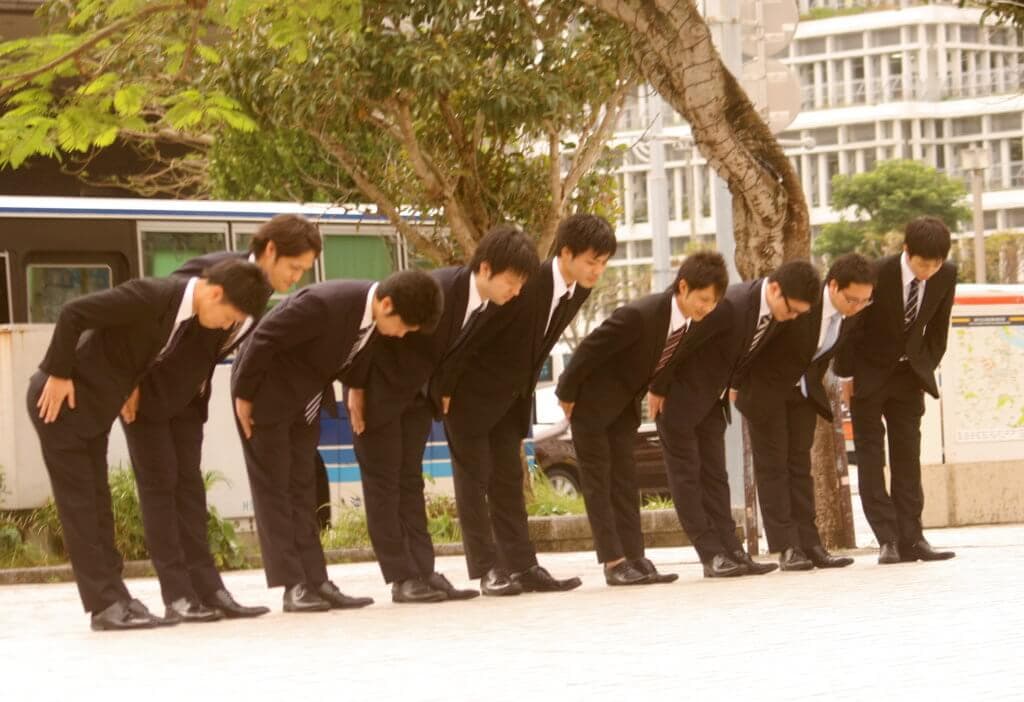 Although Japan is considered as the most western of all the Asian countries, there are still a number of customs that will surprise many. Politeness and formality is synonymous with Japanese culture, and this of course extends into the boardroom. According to the guide on etiquette around the world from Expedia, One surprising aspect of etiquette in Japan is that it is common for people to close their eyes during a meeting. Far from being considered a rude gesture, it in fact shows that you are attentive and deep in concentration. This is especially true if someone closes their eyes while they are listening to someone speak in a different language, as it is helps facilitate understanding and prevents distraction.

In Japan, you must remove your shoes before you enter someone’s home, and this also applies to many hotels and restaurants. Shoes are regarded as dirt magnets in Japanese culture, which is why you’ll almost always be given slippers to wear inside. Such is the emphasis on cleanliness in Japan, there are also separate slippers that you must use when you go to the toilet, and you should always remember to leave them in the bathroom area once you’ve finished.

Another surprising rule that the Japanese adhere to is that they almost never tip in restaurants or for other services. In fact, many Japanese people will even feel insulted if you decide to leave a few extra notes for them before you leave, and will remind you to take your money! This of course is in stark contrast to the USA, where tipping is seen as an obligation, especially when you consider the fact that most waiters and waitresses are paid the minimum wage.

For the vast majority of cultures, interrupting people is a big faux-pas, and can be construed as rude or even aggressive. In Brazil, however, people interrupt each other on a daily basis, whether it is at work or in an informal environment. Brazilians tend to wear their hearts on their sleeves, and are known as being empathetic, which is why the act of interruption isn’t viewed as negatively as it is in other countries. It’s also viewed as constructive from a business perspective, because it fosters interactivity and alternative viewpoints. As Brazil is a massive country, it’s worth noting that business etiquette rules will vary from city to city.

When meeting new people, it’s common practise to kiss and embrace those of the opposite sex, although handshakes will often suffice. When men greet each other, it’s usually done with an open hug, while women kiss on each cheek if they’re married, or they add a third if they’re single. Make sure that you don’t use the ‘OK’ sign with your hands to anyone, as it doesn’t have the same meaning in Brazil and is considered rude and vulgar. 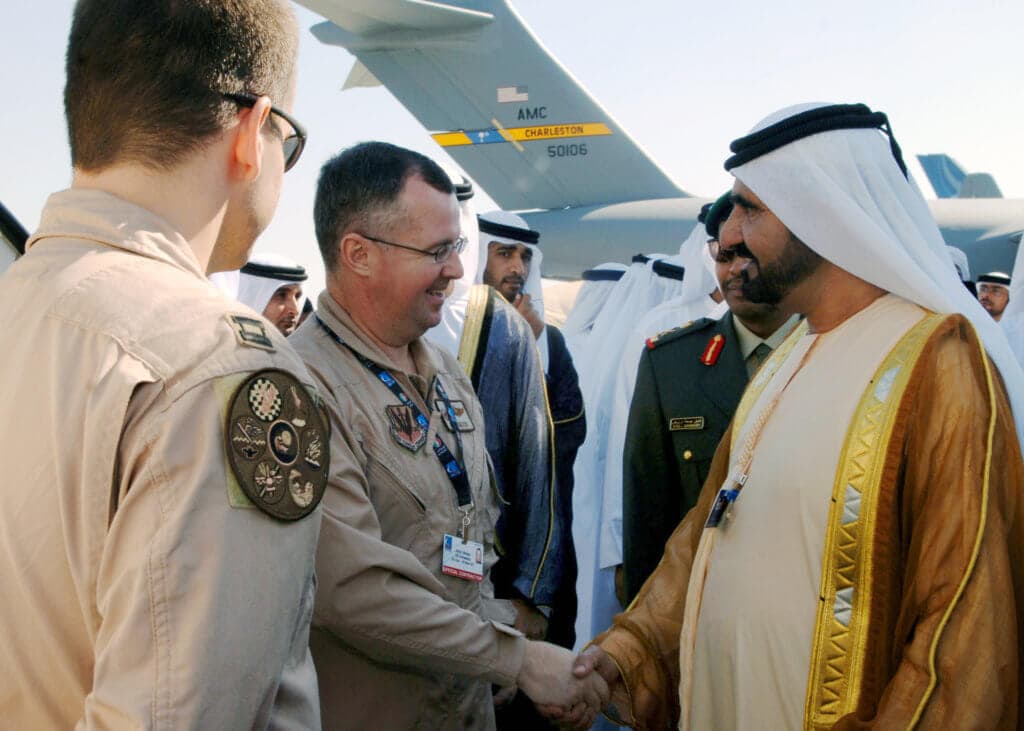 In the UAE, politeness plays a big role in etiquette, particularly when you are greeting someone for the first time. If you’re greeting someone of the same sex, then it’s important that you maintain eye contact, but men should not make prolonged eye contact with other women. When men greet each other, it’s not uncommon for them to to kiss or even rub noses, but it’s very much frowned upon for men and women to kiss, embrace or do anything too intimate in public. This is largely because of Islamic modesty culture, with over 80% of the population identifying as Muslim. Another important thing to remember is to always use your right hand when shaking hands, as the left hand is considered unclean!

When you are dining out in the UAE, arriving around 15 minutes late is preferred over punctuality. What may come as a culture shock to many, is that Arabs often don’t use cutlery but prefer to eat with their hands. But remember that you should always use your right hand! Declining the offer of more food is considered rude, so even if you’re feeling full, make sure you accept out of politeness. In the UAE, dining is not only seen as a time to eat, but a time to socialise, so you can expect long, drawn out meals, filled with conversations.

When dining out in Turkey, it’s always expected that the host or the person who invited you to dinner pays the bill, so don’t offer to share it. You might be surprised to learn that many Turks smoke during meals, and often take cigarette breaks between each course, so if you’re a smoker and you can’t wait, you’ll be able to step outside without causing offence. According to Turkish etiquette, before starting each meal, you need to make sure that the oldest man on the table has taken his first bite before you start to eat. When you’re finished with your meal, it’s imperative that you thank your host for their hospitality.

If you haven’t been to Turkey before, then it’s worth remembering that personal space is pretty non-existent in human interactions. Turks tend to stand in very close proximity to you when they are speaking to you, and this is also the case in formal situations and when you’re meeting someone for the first time. Having your personal space infringed upon can make many people feel uncomfortable, but don’t forget that in a Turkish context, this is a display of friendliness, so just hold your position and be as cordial as possible.

Just like in other South American countries, there are a few peculiarities and superstitions when it comes to pouring a glass of wine in Argentina. For example, if you pour a glass of wine backhanded for someone, then it could be interpreted as though you dislike that person. Similarly, if you use your left hand to pour a glass, then it can also be taken as a sign of disrespect, so it’s probably best to let someone else handle the alcohol! When at the dinner table, it’s generally considered impolite to clean your plate entirely, so you should leave a little bit of food on your plate at the end.

During corporate meetings, a general rule of thumb is to not tell someone that they’re wrong in front of others, even if you know they are. The correct thing to do is to pull them aside afterwards and tell them personally, otherwise you risk causing offence and breaking an unwritten Argentinian protocol. In many countries, nepotism is frowned upon, but in Argentina, family values are incredibly important, so you shouldn’t be shocked when you see that entire families are sometimes employed by the same company. 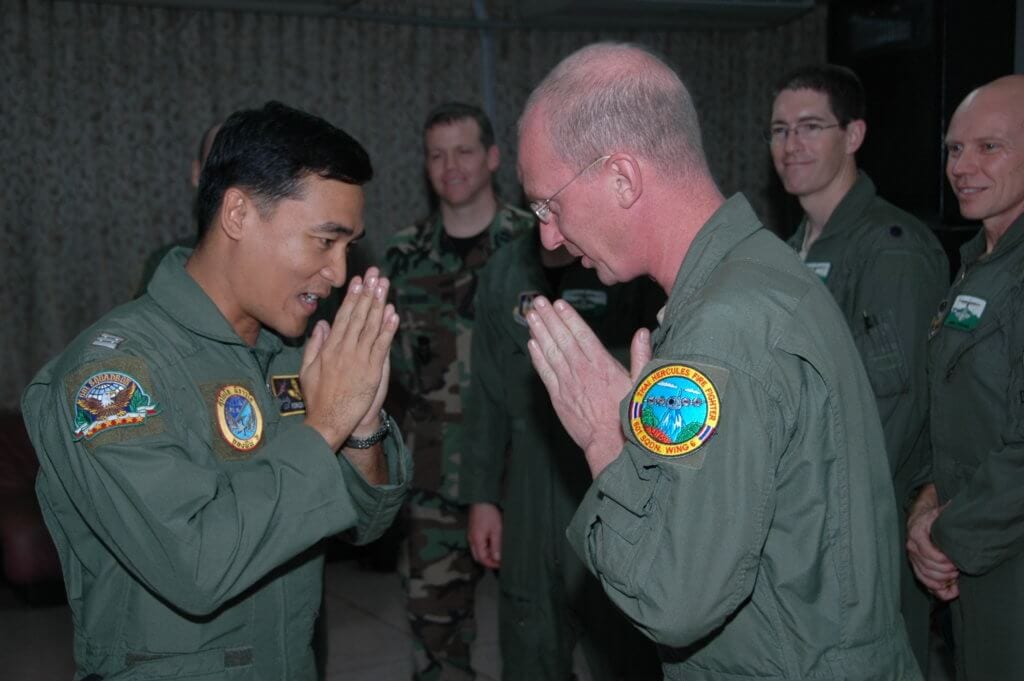 One of the biggest signs of disrespect in Thai culture is revealing the soles of your feet to anyone. The same is true when you enter any temple and expose your foot to a statue of Buddha, which could get you in trouble. On the same lines, if you’re sleeping over at a Thai person’s house you should make sure that your feet aren’t pointing towards a family altar.

When you’re greeting someone, remember to clasp both hands together as if you’re praying and give a slight bow of the head to show your respect. One thing that you must avoid at all costs during your time in Thailand, is to disrespect or insult the King or the Royal Family. If you are caught doing this, you can end up in prison for up to fifteen years, regardless of if it was a joke or not! People in Thailand don’t like confrontation, which is why you’ll see people agree with each other even when they aren’t really in agreement at all. When you speak with Thai people, try to maintain a soft tone, as loud and boisterous behaviour is looked down upon, particularly in a boardroom. If you’re visiting Thailand with your partner, you should always try and be discrete when it comes to public displays of affection. Overt signs of intimacy are the antithesis of Thai culture, and you’ll notice that Thai people in general tend to be very private.