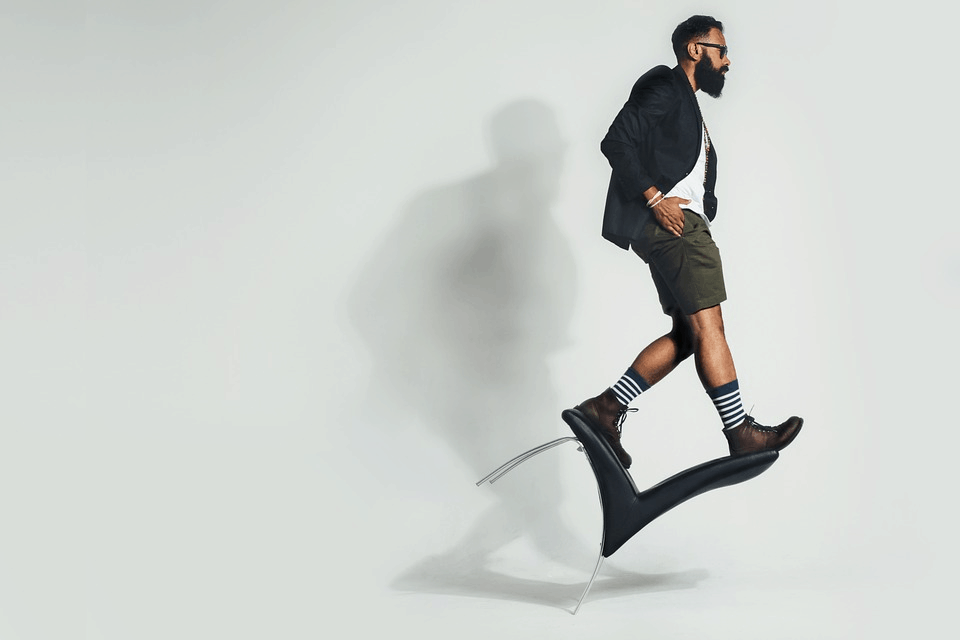 Drinking is one of those vices that accompanies most men throughout life. But some choose a different path, whether it’s for religious, social or personal reasons and decide to go without drink. That’s no beer, no lager, no shots and no wine. Sounds like hell.

But here’s the thing: many aspiring gentlemen are starting to realize that drinking isn’t actually helping them. In fact, aside from the odd drink with high flyers in the business world, it’s hindering their jobs and their success and meaning that they’re bringing home less money at the end of the month. It’s also leading to social and relationship problems with wives, children and close friends.

This is what Ed Latimore discovered, a university student and blogger writing on http://edlatimore.com. He found that the time he spent drinking he lost spending time with his girlfriend, working towards his physics degree and pursuing his passions, like boxing.

Now he’s spent more than two years being sober. This is what he’s learned in all that time, standing at the bar and watching all the people around him drinking.

Lesson #1: You Gain An Edge Over Everybody Else

The first lesson that Latimore learned was the fact that the edge is real: when you quit drinking, you suddenly gain an advantage over other people in practically every area. He says that he never has to waste time recovering from a hangover and that he is able to work his hardest when he is in the gym.

Then there’s the fact that he has more time to achieve his goals because he isn’t always spending time in the bar, drinking his nights away. He sleeps better too, thanks to the fact that the alcohol isn’t interfering with his natural sleep patterns, and this has meant that his body is performing optimally and not having to constantly recover from abuse.

Latimore says that the list could continue forever and that there are numerous benefits he could reel off. But the most interesting thing that he has found is that there really is no penalty to stopping drinking. Many people worry that if they stop they will somehow be socially ostracized and that they’ll lose out somehow. But Latimore’s experience says otherwise. He gets on with the people he knows just as well as he did before, and he finds that he is able to have more meaningful relationships when they aren’t dependent on a brown liquid in a pint glass.

Lesson #2: The Cost Of Alcohol Can Be A Problem

If you’re on a budget, you’ll know how tough it can be. Some months are better than others, but generally, there’s a constant gnawing feeling that you simply don’t have enough money in the bank to make ends meet.

The problem with alcohol is that it isn’t an investment. In fact, it’s a significant drain on your income and takes away from your capacity to earn more money. Alcohol is a luxury item it should be the sort of thing you spend more on when you get richer. But one of the main reasons why people visit sites like https://myrealrecovery.com is because their alcohol addiction is threatening their financial security.

Latimore said that one of the things that he noticed was that his alcohol consumption went in lockstep with his income. When his income went up, he spent more time in bars and spent more on the drinks he bought. Overall, he wasted the same proportion of his money as when his income was small. Cutting it out, he says, meant that he immediately freed up a vast portion of his disposable income which could then be spent on things like holidays and travel. 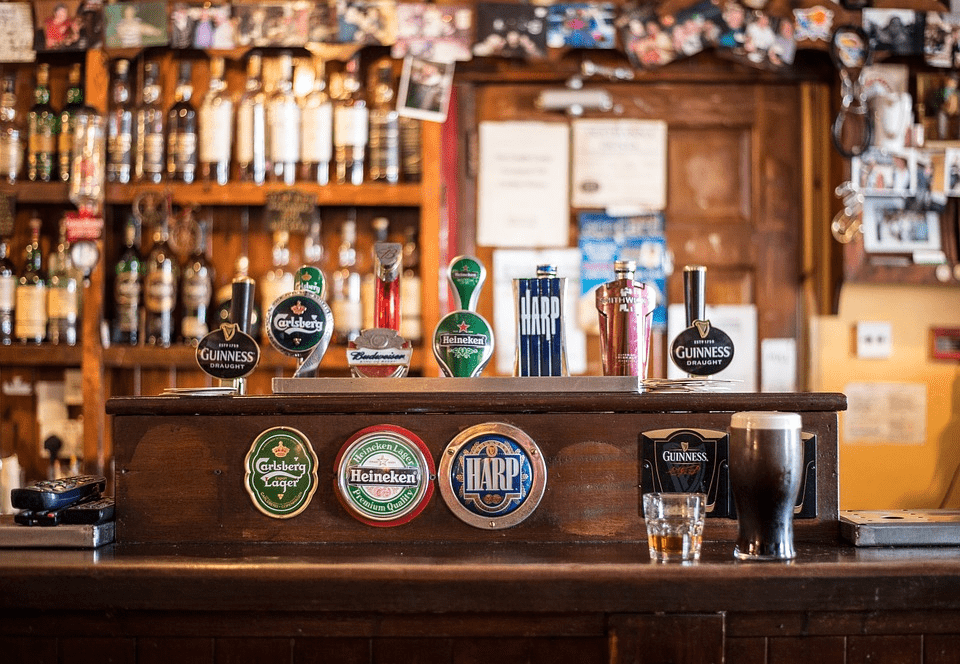 Lesson #3: You Learn Who Your Mates Are

Latimore knew that a lot of his relationships were based around drink, but he assumed that those relationships would survive if he gave it up. He texted his mates telling them that he would not be going to the bar with them anymore and said he was scared that he would become an outcast.

He found that this was an excellent way to tell your real friends from your acquaintances and people who don’t really care about you. Latimore had been friends with these guys for more than 15 years, and so he was relieved when they tried to help him, rather than reject him because of a personal decision he had made. They seemed more concerned about his overall well-being than they were about the fact that he no longer wanted to go out drinking with them.

But even if your own experience doesn’t have such a happy ending, it’s still worth thinking about. Do people who only want to spend time drinking with you really have your back? Probably not.

It’s funny that we’ve had to wait so long to even bring up the taste of beer. Perhaps that’s because it’s not actually all that important compared to the other issues surrounding drinking.

With that said, if the taste is a big factor for you, then you’re in luck. To his surprise, Latimore found that he actually enjoyed the taste of some non-alcoholic beers and wines, meaning that he now has a lot of drinking options. In fact, he has found that practically every German beer has some non-alcoholic equivalent and it means that he can knock back pint after pint without having any adverse effects whatsoever.

The other interesting thing he found was that most bars carry a non-alcoholic beer, meaning that he was able to indulge his taste and act just like everybody else, except without the alcohol. It’s sort of reminiscent of the “synthohol” in Star Trek: The Next Generation. The was a type of alcohol that helped lubricate social interactions but didn’t actually leave you feeling drunk or hungover.

Lesson #5: Alcohol Is A Massive Waste Of Time

Perhaps the most surprising thing that Latimore discovered was the fact that drinking made him do a lot of stuff that his sober self would consider to be a complete waste of time.

One of those things were so-called “drinking friends.” He found that when he was sober, he didn’t actually like many of these people. To say he hated them was a bit extreme, but he found their company boring when alcohol wasn’t involved.

He’s not arguing against drinking buddies altogether: they have their utility. But he is pointing out that they are no substitute for real friends. The problem is that no real bonds are forged and the time you waste could be spent really relating to other people, people you actually respect and cherish.

Latimore has made a rule in his two years plus without drinking. He doesn’t meet up with people in bars anymore, except for sporting events, like the World Series. If he wants to spend his time bonding with somebody, he does it at an alcohol-free venue, like a bowling alley or a coffee shop. He’s found that this increases the likelihood that the other person will want to continue seeing him in the future and means that the focus is on the conversation and not the drink.

Lesson #6: Most Of The People You Know Can’t Stop Drinking

People who go sober tend to think that it’s just a simple decision: one that anybody could make if they wanted to.

But it turns out, at least in Latimore’s experience, that this isn’t the case. In fact, he’s come to the conclusion that most people are just products of their environment, not choosing their own paths but instead going along with the flow and what other people say.

They know all the risks of drinking, he says. They know the costs of things like hangovers: but they’re at the mercy of their social circles and would rather ruin their lives and their health than having honest conversations with the people they know.

It reminds Latimore of the behavior of people in general. Most people know that it’s not a good idea to live off refined carbohydrates and animal products and they know that they will get massive health benefits if they stop. But that doesn’t stop them from stuffing their faces every day with cancer-causing bacon and gummy bears. It’s why over 70 percent of men over the age of 30 are either overweight or obese.

Lesson #7: Everything Gets Blamed On Alcohol 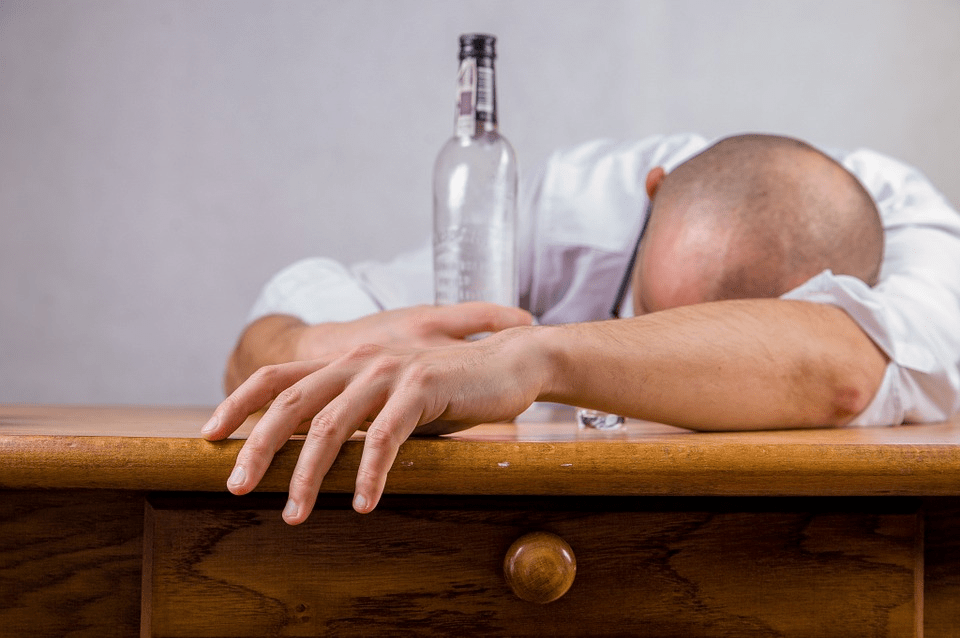 We’ve all made excuses like “I only did it because I was drunk.” Being drunk is an excuse for poor behavior and is used as a way to deflect blame. For many people, it’s a powerful tool, one that helps them get out of stressful situations.

But Latimore points out that just because these excuses can be made, doesn’t change the fact that people’s drunken behavior has big effects on the people around them. Saying that you were drunk doesn’t undo the pain caused to others.

When you give up the drink, you not only behave better, you also lose the excuse that you did it because of the drink. In that sense, you actually have to make real apologies when you screw up.