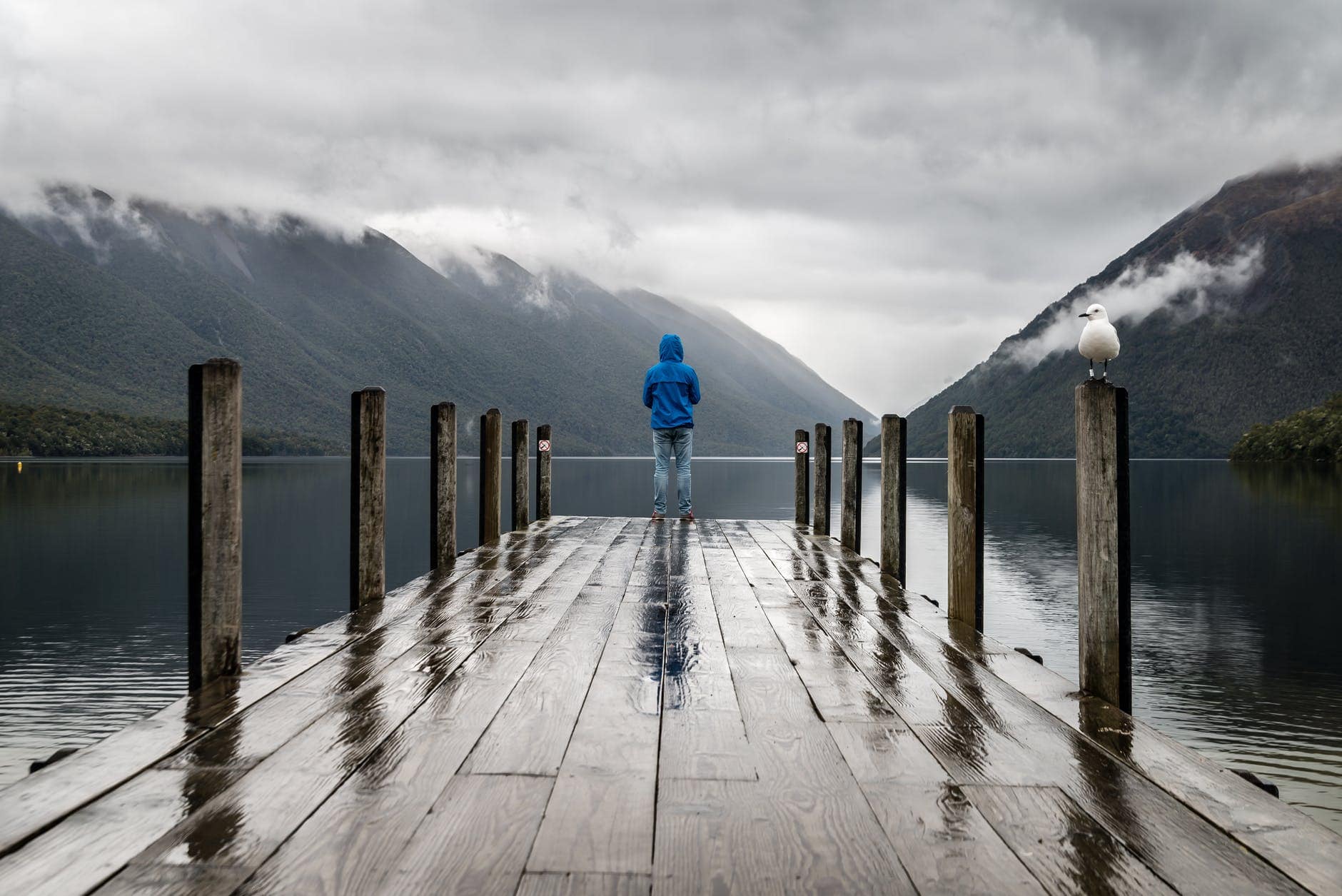 Our Gentleman of the Week is breakout country star, Russell Dickerson. This rising country king needs to be on your radar; if you haven’t had the chance to check him out, the time is now! From his latest single, “Blue Tacoma,” and the electric, “MGNO,” to his debut chart-topping release, “Yours,” the singer/songwriter pens infectious hits for all generations to enjoy. When he’s not on the road touring, Russell proves to be the ultimate couple goals with his beautiful wife of 5 years, Kailey. Make some room on your summer playlist and check out a few reasons below why Russell Dickerson is a gentleman you need to know!

He doesn’t take himself too seriously.

In honor of Father’s Day, Russell took the ‘Dad Shoes’ trend to a completely new level. In the midst of his summer tour, Russell and his bandmates made a pit stop and bought matching Nike Monarchs to rock on stage as a band. Albeit a fun play on the current high fashion trend, Russell proves he isn’t afraid to take risks and stray away from the typical fashion of the country music genre – and he has fun while doing it! Check out the video highlighting the epic moment in his new kicks below.

He’s making history as an artist.

With the release of his second single, “Blue Tacoma,” Russell is coming off the celebration of his two week No.1 song and debut single, “Yours” on country radio charts. He also reached the impressive milestone of 100 million streams of the debut single on Spotify. The music video for his first release was filmed by none other than his love, Kailey – and for under $10!

AHHHH!!!!!!! #YOURS IS PLATINUM!!!!!!! Today was already the best day ever but then I got surprised on @goodmorningamerica with this!!! Thank you guys from the bottom of my heart for believing in this song as much as I do. Now on to play #BlueTacoma on GMA in NYC and open for @keithurban in Georgia tonight! BEST DAY EVER!!!!

He’s not afraid to show off his love.

Russell and Kailey are the perfect example of unconditional love, and they capture glimpses of their strong relationship in photos shared with fans on social media. Whether Kailey is helping direct and film a music video for her beau, or Russell is taking clues from Kailey’s Pinterest boards for gift inspiration, or the two spend a self-care night together on a “staycation,” it’s no secret that the two are a true match and serious #goals.

Not afraid to show off his love

Russell and his wife will be the first to tell you they are firm believers in “Wine O’Clock” and appreciate a fine glass of wine. Russell elevates this passion with his infamous “Wine Glass Challenge,” which you can see captured in the video while the couple was hanging with former Bachelorette, Kaitlyn Bristowe.

He writes and performs instant hits.

By expertly integrating iconic beats, heartwarming lyrics and never-been-done melodies, Russell epitomizes the evolution of music in not only the country music genre, but all genres across the board. There’s no denying this gentleman is shooting to the top, and we’re pumped to be along for the ride. His latest single, “Blue Tacoma” will be your anthem of the summer, and the making of the music video was actually a family affair; both Kailey Dickerson and Russell’s brother-in-law, Toben Seymour, tag teamed for the production. Check out the beachy video below including California road trip footage of Russell and Kailey.

How to Deal with Poor Body Image

How to Add a Spark to your Love-life

The Difference between Stocks and Mutual Funds