When it comes to Bitcoin, one thing that we know for certain is how volatile it is. One of the main reasons people are so scared of cryptocurrencies like Bitcoins is their volatile nature. However, Bitcoin has become popular largely because its price has risen significantly since March 2020. The price of cryptocurrency suffered a severe drop in 2018, but the value has now increased by almost 800%, recently bringing it back or focus again. 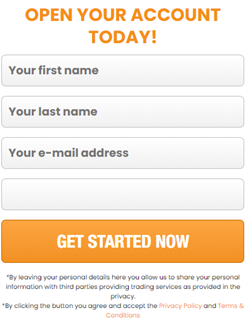 The relationship between the rise of bitcoin price is integrally connected to its popularity and vice versa. Since a government or any regulatory body does not regulate it, the price of Bitcoin rises or falls depending on, necessarily, its popularity. Hence, while some people debate that the rising popularity of Bitcoin makes it a sustainable asset, others argue over its volatile nature.

The reasons why Bitcoin is becoming so popular in recent time and age are as follows:

It is widely adopted as an acceptable mode of payment

One of the main reasons Bitcoin is becoming more popular is that it is widely adopted as an acceptable mode of payment. In fact, PayPal has recently announced that it will allow merchants and users to hold Bitcoin and use them to buy and sell goods using this medium. This was definitely a trigger for the rise in Bitcoin price since PayPal has more than 350 million users. This also has further implications because people also have ownership over another payment application Venmo which is widely popular and has over 40 million accounts. This means that Bitcoin will become much more accessible with such applications.

The pandemic had a grave impact

While the value of Bitcoin plummeted in 2018 without showing much progress in 2019, its value was definitely rising during 2020. The pandemic and the consequent lockdown did have an impact on cryptocurrencies because it negatively affected economies worldwide. The world’s economy suffered great loss, and hence traditional investments also had to bear the brunt of this. Investors who feared losing the value of their assets took an interest in Bitcoin, which word seemingly unaffected by the pandemic. Experts who deal in cryptocurrency have said that people worldwide embrace Bitcoin as an alternative to traditional investment opportunities such as money or gold. Bitcoin is now being taken seriously by big-time investors and has moved far beyond technological experts and geeks.

The value of Bitcoin also has a reason because of the staggering inflation of the US dollars. Although it is argued that the average inflation every year is about 2%, it has been indicated that the level of inflation may increase even further in the days to come. The United States has also added a sum of 2.4 trillion dollars into the economy, which will inevitably lead to a decrease in the purchasing power of dollars and a greater level of inflation. To safeguard against this trend, many investors are now looking for alternatives to keep themselves safe.

In fact, the recent economic climate has prioritized holding less cash which can prevent people from suffering the blows of swings in the value of money. Several companies have started converting cash to their name into Bitcoin because it is considered safe for investment. A business analytics company has recently converted over 425 million dollars of cash INR to Bitcoin from their treasury. The confidence that these companies are showing on Bitcoin has increased its popularity and encouraged investors as well.

Lessening in its quantity

Since Bitcoin is only available in a limited quantity in circulation, people are probably getting more interested in them. This supply has been regulated to 21 million, out of which 18 million has already been circulated and mined. Keeping in mind that Bitcoin supply cannot be modulated, the value of this cryptocurrency was virtually unaffected during the pandemic.

While many people are becoming more confident in investing in Bitcoin, others seem to think it is a bubble. While its volatility always has to be kept in mind, the undeniable rise in its value and popularity is also much appreciated. You can head to exchanges like https://bitcoin-prime.app/ to start your investment.