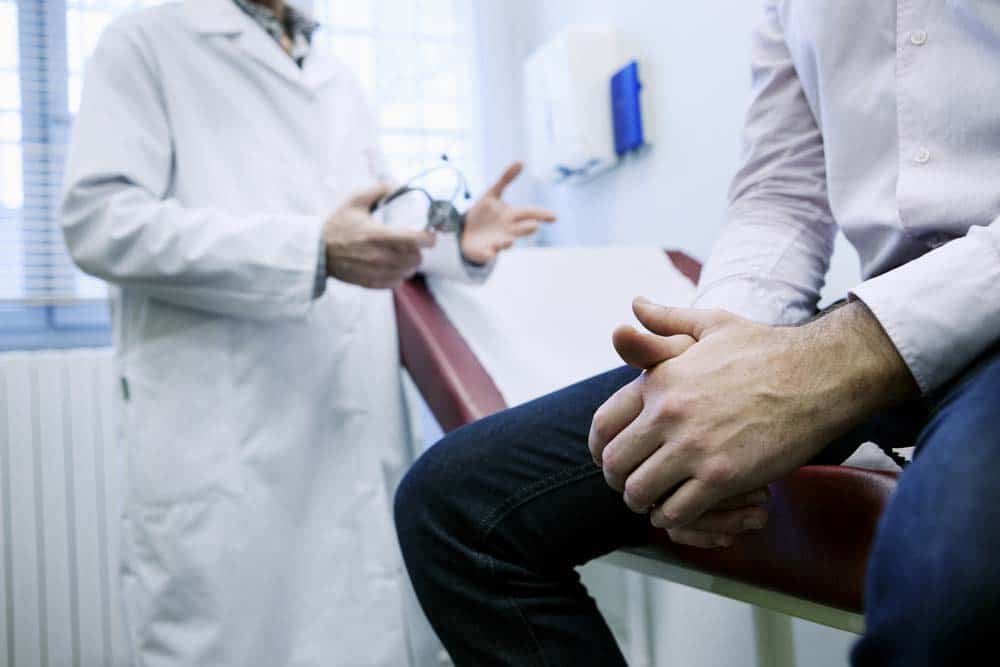 Treatments For Prostate Cancer
When a person is diagnosed as having prostate cancer, doctors will immediately assess the progression of the illness to determine the best form of treatment. This is performed by taking a prostate cancer biopsy, examining blood PSA levels and performing tests to determine if the patient’s cancer has spread. 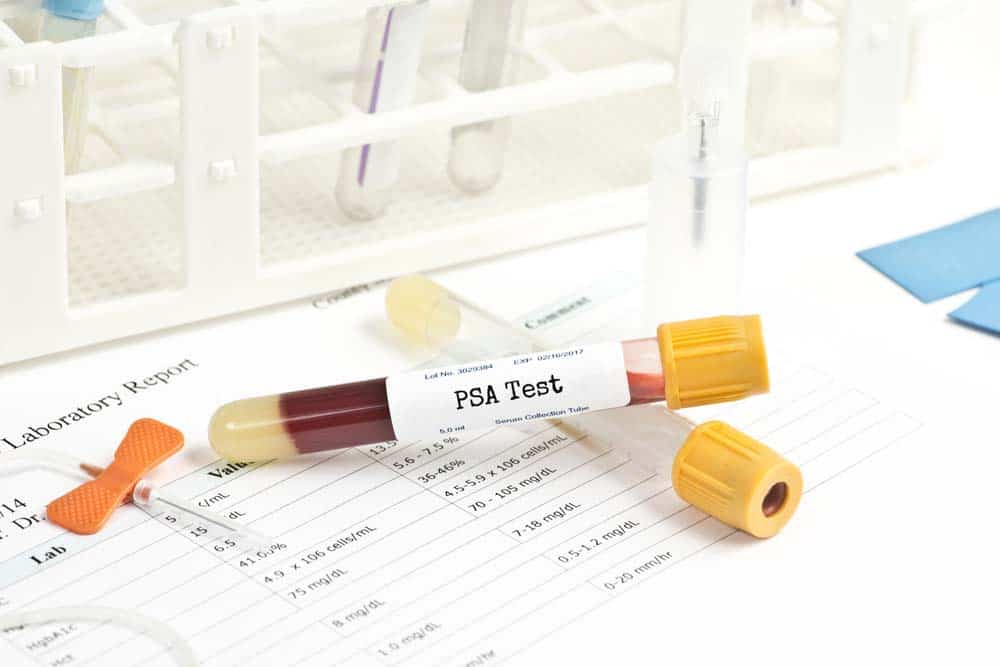 If a patient’s prostate cancer is diagnosed at an early stage and found to be growing at a slow rate, doctors may decide to delay treatment and simply monitor the cancer’s progress.

Active surveillance describes the monitoring of prostate cancer in individuals with a long life expectancy. If a person is expected to live for another 10, 20 or 30-years, their prostate cancer has plenty of time to grow and become a serious problem. In this situation, physicians may perform tests to monitor the progression of the cancer. This may include:

When watchful waiting is used, the doctor will not subject the patient to PSA tests, DREs, or prostate biopsies. They will only take action if the prostate cancer causes serious symptoms like urinary tract blockages or pain. 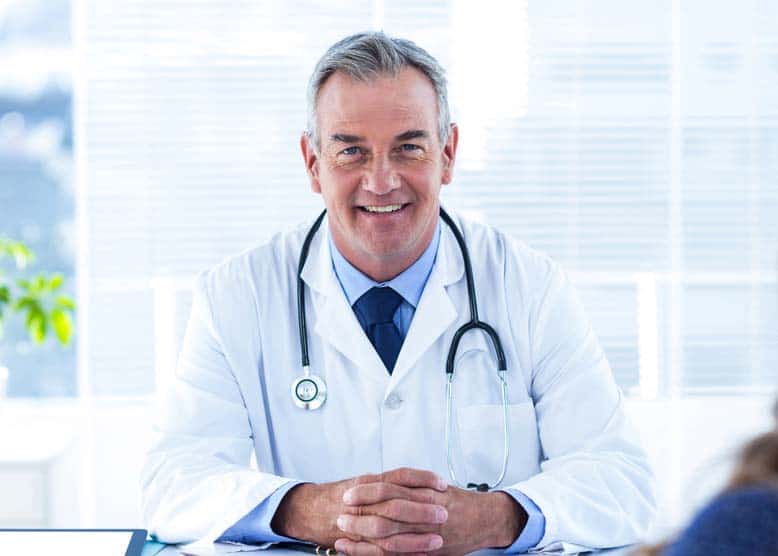 If more action is required, physicians usually turns to surgery in conjunction with radiation therapy. A surgeon will remove the tumor to stop the cancer from spreading any further. The type of surgery that is performed will depend on the progression of the prostate cancer. The surgical options used to treat prostate cancer are:

This is the most extreme form of prostate cancer surgery. The prostate, seminal vesicles and some tissue surrounding the prostate are removed from the patient. Access to the prostate is made by performing an incision in the perineum (between the anus and scrotum) or the lower belly. The lymph nodes in the lower belly may also be removed and tested for cancer.

A robotic-assisted laparoscopic radical prostatectomy involves the use of robotic arms to obtain very precise cuts. All of the tumor is removed during this procedure.

This is a relatively new surgical approach to dealing with prostate cancer. A metal probe is inserted through a small incision to freeze the cancer cells around the prostate. This form of treatment is not an established therapy and researchers do not understand how well it compares to traditional surgical procedures.

Radiation therapy works by damaging the DNA inside cancer cells, making it impossible for cancer cells to grow or divide.

The oncologist focusses a beam of x-rays at the area affected by cancer. Sometimes conformal radiation therapy (CRT) is used to precisely locate the tumor that is being targeted, which can reduce damage to healthy tissue surrounding the prostate. This treatment is completely external to the body.

Brachytherapy is a form of internal radiation therapy. Radioactive substances are inserted into the prostate, giving off radiation over time which kills the cancer cells surrounding the prostate. The radioactive substances that are inserted into the prostate may be left in for different periods of time, depending on their radioactivity. This form of treatment is often used in conjunction with surgery or other prostate cancer treatments.

IMRT is another form of external beam radiation therapy. A 3-dimensional scan of the prostate is taken to determine the size and location of the tumor. These details are fed into a computer, which calculates the precise levels of radiation that should be applied to kill the cancer cells.

Radium-223 is a radioactive substance that is naturally attracted to areas of high bone turnover within the body. It may be used if prostate cancer has spread from the prostate into the bone surrounding the prostate.

While radiation therapy can be quite effective for treating prostate cancer, there are a number of serious side effects associated with its use. They include fatigue, diarrhea, bleeding from the bowels, incontinence, impotence, and pain.

Proton Therapy is an effective type of particle therapy that was first developed in the 1960s. It is similar to external-beam radiation therapy, but uses protons instead of x-rays. A proton is a positively charged particle that can destroy cancer cells when pushed into the body at very high speeds. A particle accelerator is used to push the protons towards cancer cells, damaging their DNA. Proton therapy is capable of damaging cancer cells that are deep within the body.

The main advantage of proton therapy is that it can distribute protons very accurately in a three dimensional pattern — pushing protons into the body at faster speeds to target cancer cells deeper within the body.

Patients will visit a proton therapy center or hospital clinic to have this procedure performed. It is completely pain free and is completed in a short amount of time.

Prostate cancer growth is supported by male sex hormones called Androgens. The most common androgens in men are testosterone, dihydrotestosterone (DHT), and androstenedione.

If there are lower levels of these sex hormones within the body, prostate cancer will not be able to grow as rapidly. These hormones can be lowered by chemically or surgically turning off the function of the testicles (called surgical or chemical castration). Certain drugs can also prevent testosterone interacting with cancer cells in the body.

ADT to treat prostate cancer at all stages of development, including cancers that have metastasized. It is often used in conjunction with radiation therapy to prevent prostate cancer from reoccurring. The most common forms of androgen deprivation therapies include:

These medications block messages in the body that tell the testicles to produce more testosterone. They are very effective at reducing the levels of testosterone in the body and the effects of the drug are completely reversible. LHRH agonists are either injected into the skin or inserted beneath the skin.

These drugs stop the body from releasing certain hormones and slows the rate of testosterone production.

This is a new type of anti-androgen that blocks signals from androgen receptors in prostate cancer cells. The cancer cells cannot utilize testosterone and their growth rate is dramatically slowed.

Androgen deprivation therapies have a variety of side effects on the male body including weight gain, impotence, depression, loss of muscle mass, and osteoporosis.

Chemotherapy uses intravenously injected drugs to kill cancer cells. Most of these drugs either damage the DNA in cancer cells or interfere with chemicals controlling the growth of cancer cells. Chemotherapy is often used if the treating physician believes the cancer has metastasized from the prostate to other parts of the body. 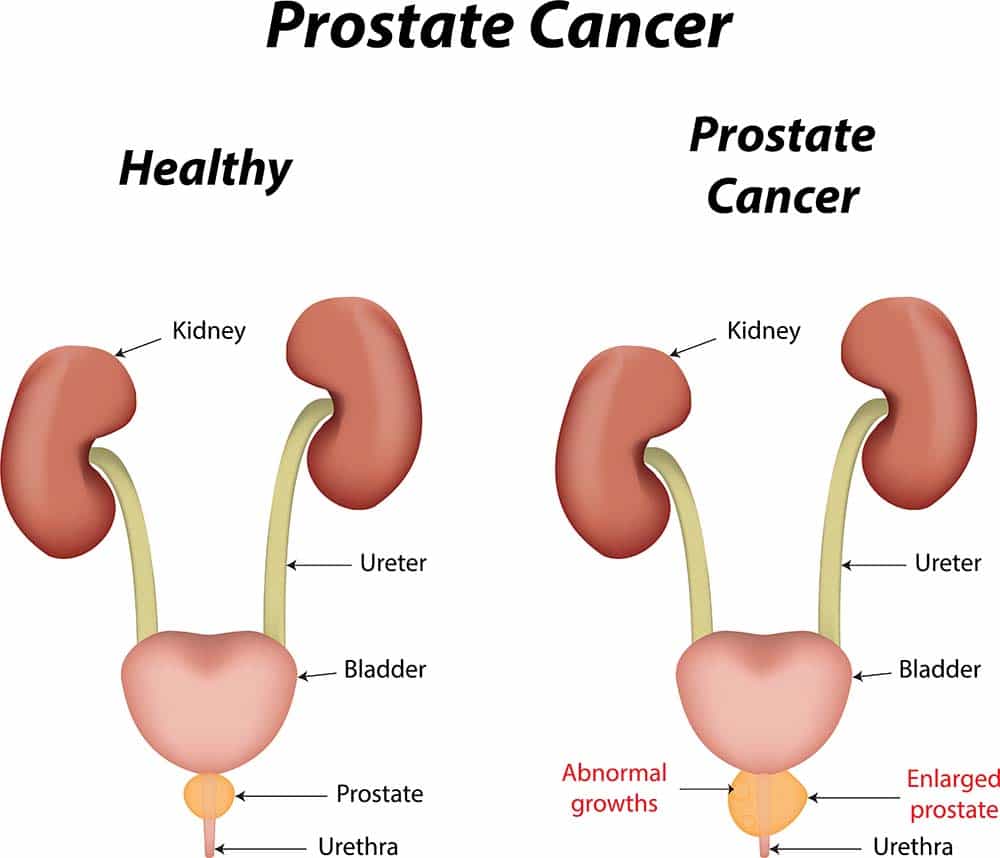 What are the key statistics about prostate cancer?. (2016). Cancer.org. Retrieved 23 September 2016, from http://www.cancer.org/cancer/prostatecancer/detailedguide/prostate-cancer-key-statistics