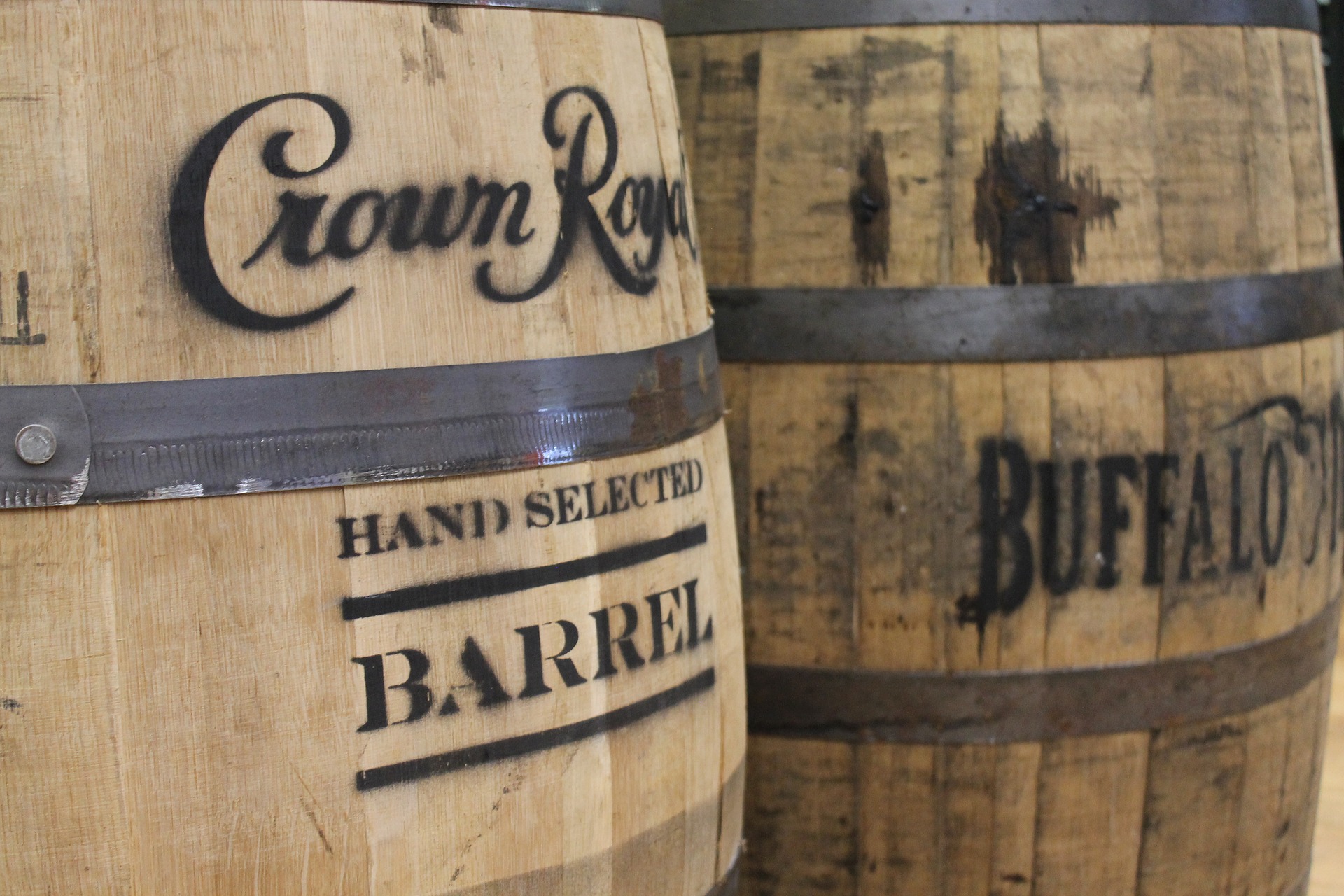 Despite the classy packaging with a crown shaped bottle and often wrapped in a richly purple velvet bag, Crown Royal has admittedly lost some of its high class image over the years. Today, the classy image that Crown Royal cultivates in its packaging and advertising feels very phony. The truth seems to be a 3,400,000 litre cash cow in a very marketable glass container. Of course this means nothing when it comes to the actual quality of the product in the bottle. Crown Royal the whisky has some very admirable qualities and is quite authentic relative to its image. It is not rich and luxurious in taste, but does have a smooth, butterscotch scented profile with a nice kick at the end that marks it as authentic Canadian Rye. There is no hint of the bland apple or chemical flavors often found in cheap whisky.

At the bar, Crown Royal sits beside bottles of Canadian Club, Seagram’s and Wiser’s Deluxe as the whiskies most frequently blended with cheap cola. These drinks are intended as a vessel for inebriation and although they lead to enjoyment that is not why most drinkers order them. I actually don’t necessarily have a problem with someone getting drunk from whisky at a bar. The problem is the notion that a decent product like Crown Royal is in a bar well a step removed from generic vodka in a plastic bottle with a built-in handle.  Now that I have a background tasting many whiskies from the British Isles, I believe that Canadians are indeed making some very serious whisky and that we need to start respecting our home grown Ryes a little bit more. Crown Royal has value beyond a session whisky.