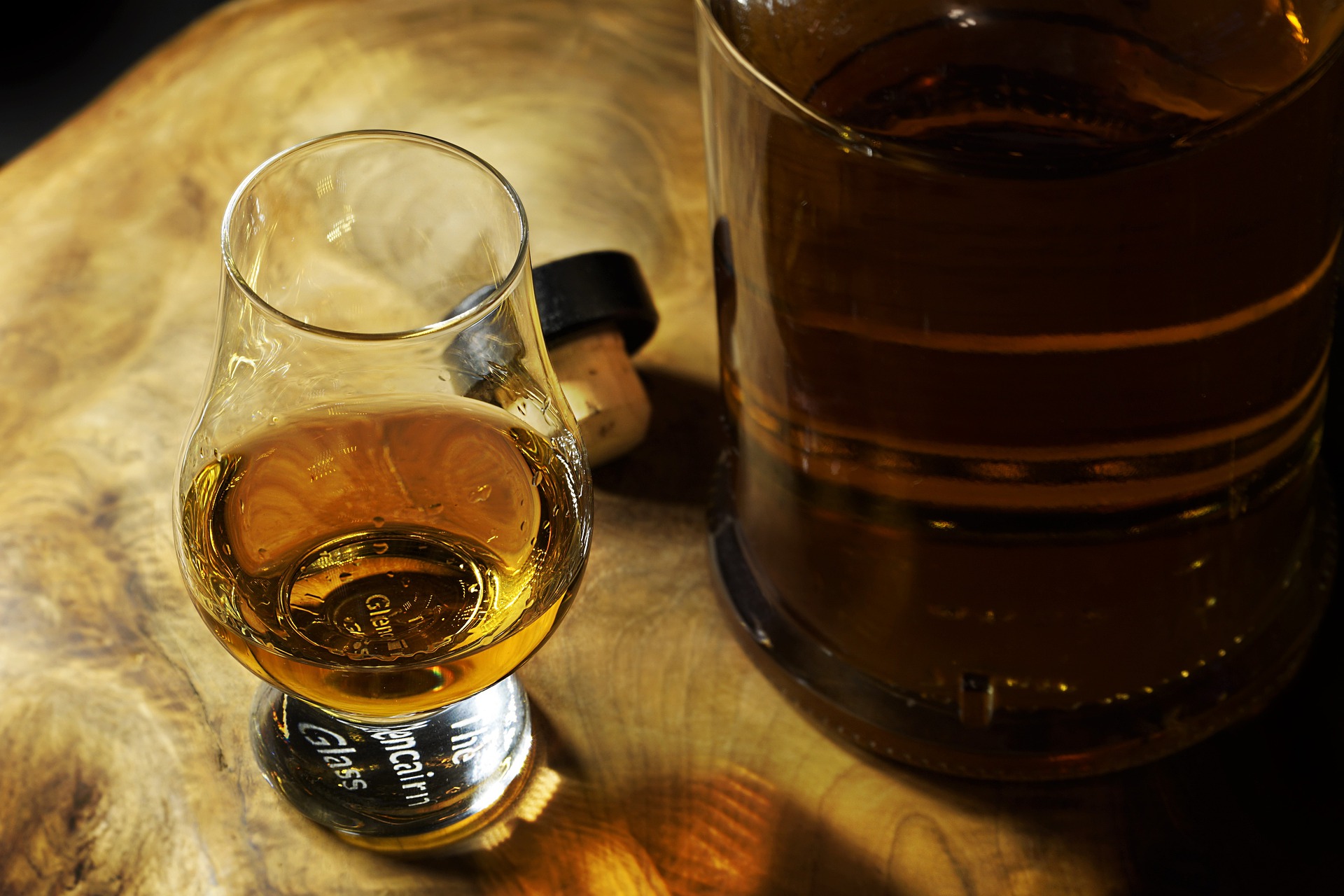 Owned by Pernod Ricard, Aberlour was founded over 180 years ago, with its distillery rebuilt on several occasions after fires in the late 1800s.  While their whisky is often overshadowed by neighbour Macallan’s sherry-cask offerings, Aberlour still produces over 2 million litres per year; given Aberlour’s distinctive yet smooth honey and heather character, I’m surprised it is not more.   Their A’bunadh offering is one of my (and my wife’s) favourites, and the 10 and 12 year’s price point (both under $60 in Vancouver) make both a great purchase on all budgets. This review is of the 12 year, although we’ll likely get to the others sooner than later as well.

The nose begins with a punch of apple, perhaps more (salted) caramel apple, with the characteristic honey and heather notes trailing.  There is a sour milk undertone, hiding behind a light soapiness, and balanced off with a hint of pepper.  The whisky is light on the palate, with more salted caramel, as well as the addition of an almond taste similar to maraschino cherries.  The Aberlour 12 has a bitter charcoal finish, staying in the mouth for long after the last sip.  All in all, a great every day dram, with enough complexity to enjoy time after time.