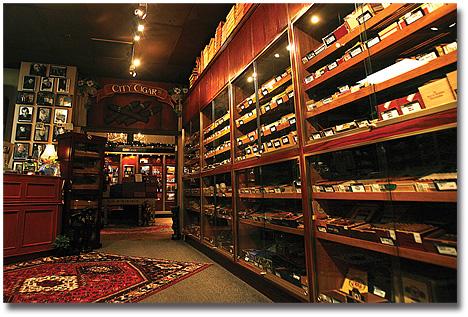 If you are traveling to the west coast and Vancouver, as we at The Aspiring Gentleman did over the last few weeks, you may be curious as to where to go to get the best selection of whisky, local wines, or Cuban cigars. While the taxation laws in British Columbia are somewhat prohibitive to the consumer of perceived luxuries such as these, retailers have not slacked off one bit, and some of the best selection of these products anywhere in the world is available right in downtown Vancouver for the discerning connoisseur. The only catch is that the prices can be a little bit of a shock if you’re from out of town.

BC has a government controlled liquor board, and there are corresponding retail outlets well scattered among the streets of Vancouver. The best selection of whiskies is at the Cambie St. signature store, although even the smaller stores can be good, and you’re guaranteed to be getting the lowest available  price. Their website offers detailed stock locations to make finding a rare bottle easy. For even more rare bottlings, there are some boutique stores scattered around the city, as well as just outside in the neighbouring suburbs.

On Robson Street, amongst the endless retail outlets, lies Liberty Wine Merchants, a primarily wine-focused boutique with a fine selection of wines from BC and the rest of the world. The also carry a modest selection of Cuban Cigars and the back wall is covered in Whisky bottles and other fine spirits: a one-stop shop with some real character. A more thoroughly modern take on the Whisky shop is Legacy, located amongst the buildings of the old Olympic Village, with bright lights, vaulted ceilings, and above all a staggering selection. Check out the lounge at the back of the building for tastings as well as the best bottles. If you are really looking for a unique selection from a liquor store with knowledgeable staff and a real local soul, check out the 16th St. Liquor store in West Vancouver. It’s a short drive out there, and you will definitely find some bottles there that you just can’t get anywhere else, like a great selection of Murray McDavid bottles and a vertical of Glenfarclas Family Casks.

If you are heading to a bar and looking to sample a good dram or two, head into Gastown and hit up Shebeen, behind the Irish Heather Pub. The Pourhouse and Keefer Bar nearby have some character as well but much less selection.

The cigar market in Vancouver is built primarily around Cuban cigars, undoubtedly due not just to the great products but also the proximity to the US and the American consumer looking to grab a rare smoke. The shops are private, and usually tended by some great people – you will probably strike up a conversation in the store that will stimulate your conversation later while you smoke the treasures you purchased.

The first place you should go, in conjunction with a trip to the tourist friendly Granville Island, is City Cigar. With the cliche feel of an old cigar emporium, you will catch a draft of tobacco while you walk up the street towards this characterful store. The selection of Cubans is a highlight, in particular a decent selection of aged Cubans. I was able to pick up some now-defunct Sancho Panza Sanchos. There is plenty of humidors, lighters and other paraphernalia to go around as well. If you’re right in downtown, swing by Two Thousand Cigars, a hole-in-the-wall shop with a walk in humidor and plenty of celebrity stories from the proprietor who has years of experience selling to the employees of “Hollywood North.” Because of his clientele there are plenty of Behike and Montecristo Opens to be had.

Unfortunately smoking laws prohibit the presence of smoking lounges in Vancouver, but in the warm months there are certainly plenty of great places in the city worthy of lighting up one of Castro’s finest.