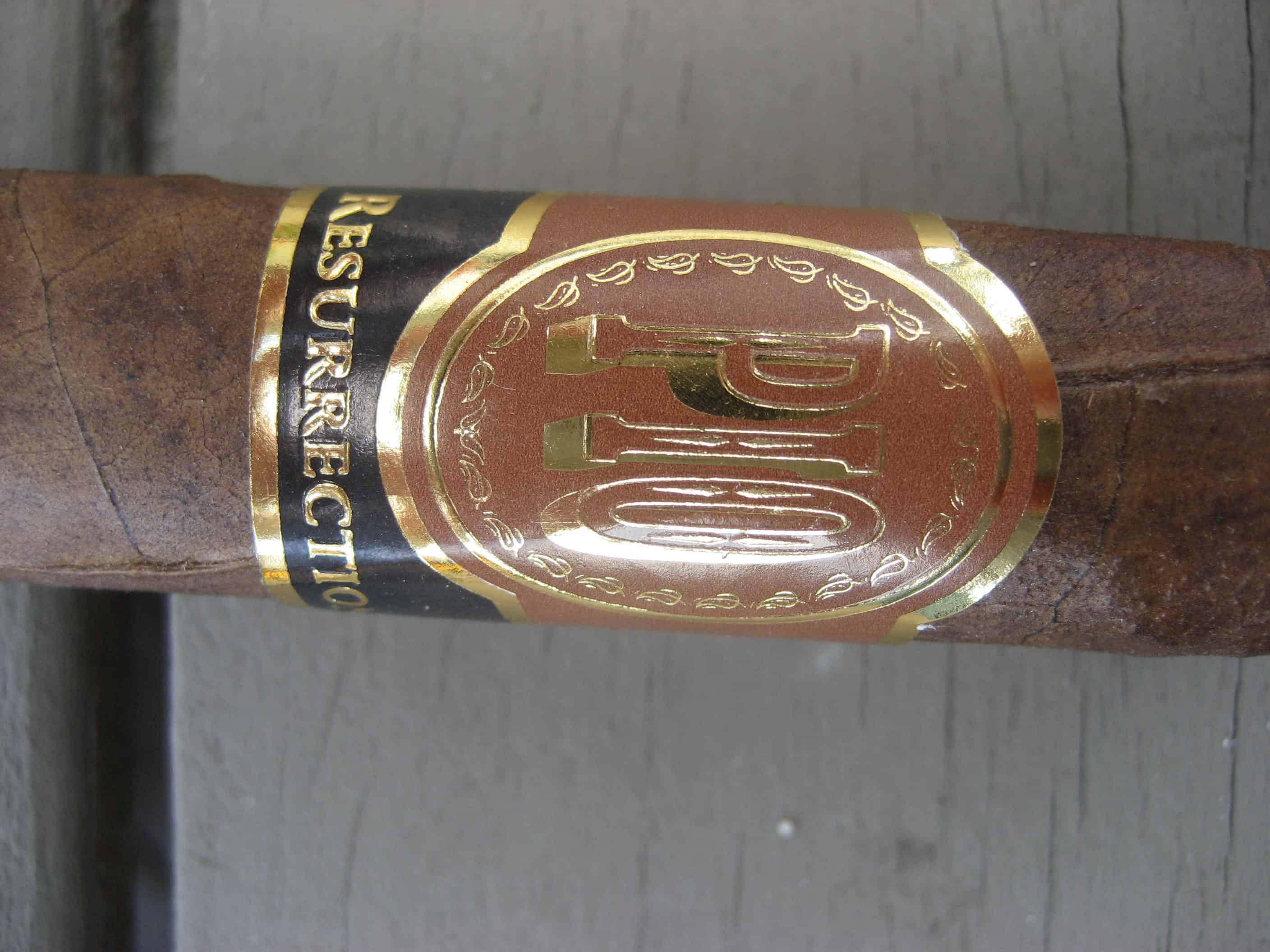 PIO Cigars (previously PIO VI Cigars), a small boutique brand based out of Miami, has recently released the Resurrection — purportedly limited to 500 boxes in 100 brick and mortar stores.  Made in little Havana, Miami, the cigars feature Equadorian, Dominican, and Nicaraguan fillers, Ecuador binder, and a Connecticut Broadleaf maduro wrapper.  Thanks to Jarrod from Tex Cigars for sending me this stick.

At first glance, the cigar had a rugged, splotchy matte appearance, with veins featuring prominently and the foot a little bit abused.  That said, the cigar felt nice and firm, with no lumps or soft spots, and the prelight aroma was very floral.  The cigar lit easily, and burned consistently and smoothly throughout its duration.

Between draws the cigar continues to smoke considerably, filling the air with a peppery and earthy aromatic smoke.  I would call the cigar medium-bodied, with no noticeable nicotine buzz.  The smoke is chalky with bitter overtones, leaving the mouth considerably dry.

The cigar stood out as having a strong, white ash, with a dry bitter flavor profile.  All in all, for $8 a stick, I would probably buy a couple more if given the chance.  PIO was off the market between 2002 and 2007 due to a legal battle, so now that they’re back, don’t hesitate to try them out.  They may be hard to find in your local store, so try online for your best luck.