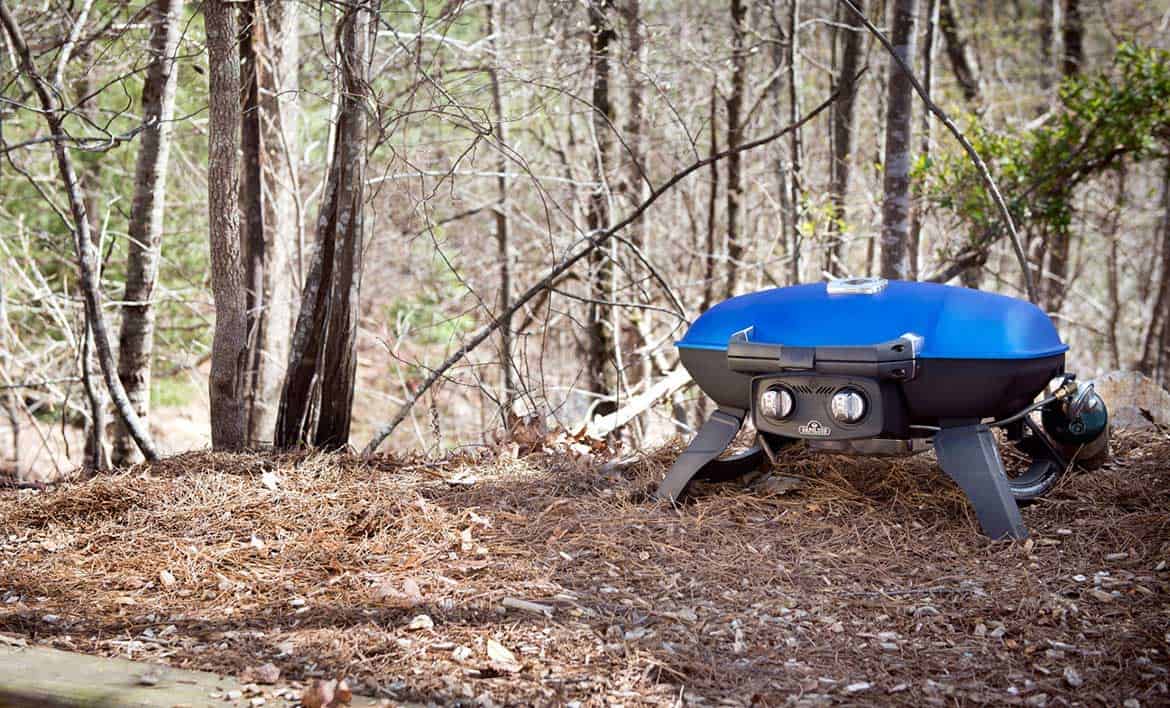 Newbie or connoisseur, the Napoleon TravelQ 285 Grill promises to up your grill game

Grilling is a part of the male culture. It is odd that while women are usually the cooks of the house, this one aspect of cooking is considered a male dominated domain. Men almost treat this as an art form. Every man has his own technique, and men would stand around the grill every chance they get debating over how it should be done. Grilling may not seem so hard to do, but men put so much pride in their signature grilling secrets, and why not?

No other form of cooking is as manly. The early man threw meat into a fire and waited for it to sear into blackness – no gourmet slicing or tomato roses needed. Outdoor cooking is a no fuss, no-bs way of doing things. Put that big chunk of seasoned meat over burning charcoal, leave it, turn it, serve it. Done, son.

It also has an element of danger, as it involves open flames, sharp tools, and fairly large cooking equipment.  Men who take their grilling seriously have optimal temperatures, cooking times, and choice cuts. With this being said, no man can deny that choosing the right grill can up your grill game. If you have been handed the task of grilling for the party for the first time, it starts first and foremost with one thing – you need to have the right grill. What should you look for?

Whether tailgating with the boys, going on a picnic with the wifey and her friends, camping with the kids, or simply craving some great barbeque but have a small urban space, this new grill that we discovered is perfect. The Napoleon® TravelQ 285 Grill has all of us grill enthusiasts excited. It is small but don’t let that fool you. This portable awesomeness is so power packed you’ll be cooking up a storm.

Check out the features on this bad boy:

So what makes this grill awesome sauce?

All this said, I think you’d agree with me that your grill game needs an upgrade. Step into the new age of grilling by getting the Napoleon TravelQ 285, available at retailers nationwide for the MSRP of $329.

Watch videos, news and tips on TravelQ in action on the Napoleon YouTube Channel, or connect on Twitter @GourmetGrills, or on the Napoleon Grills Facebook page. For more information, including a dealer locator, visit NapoleonGrills.com.