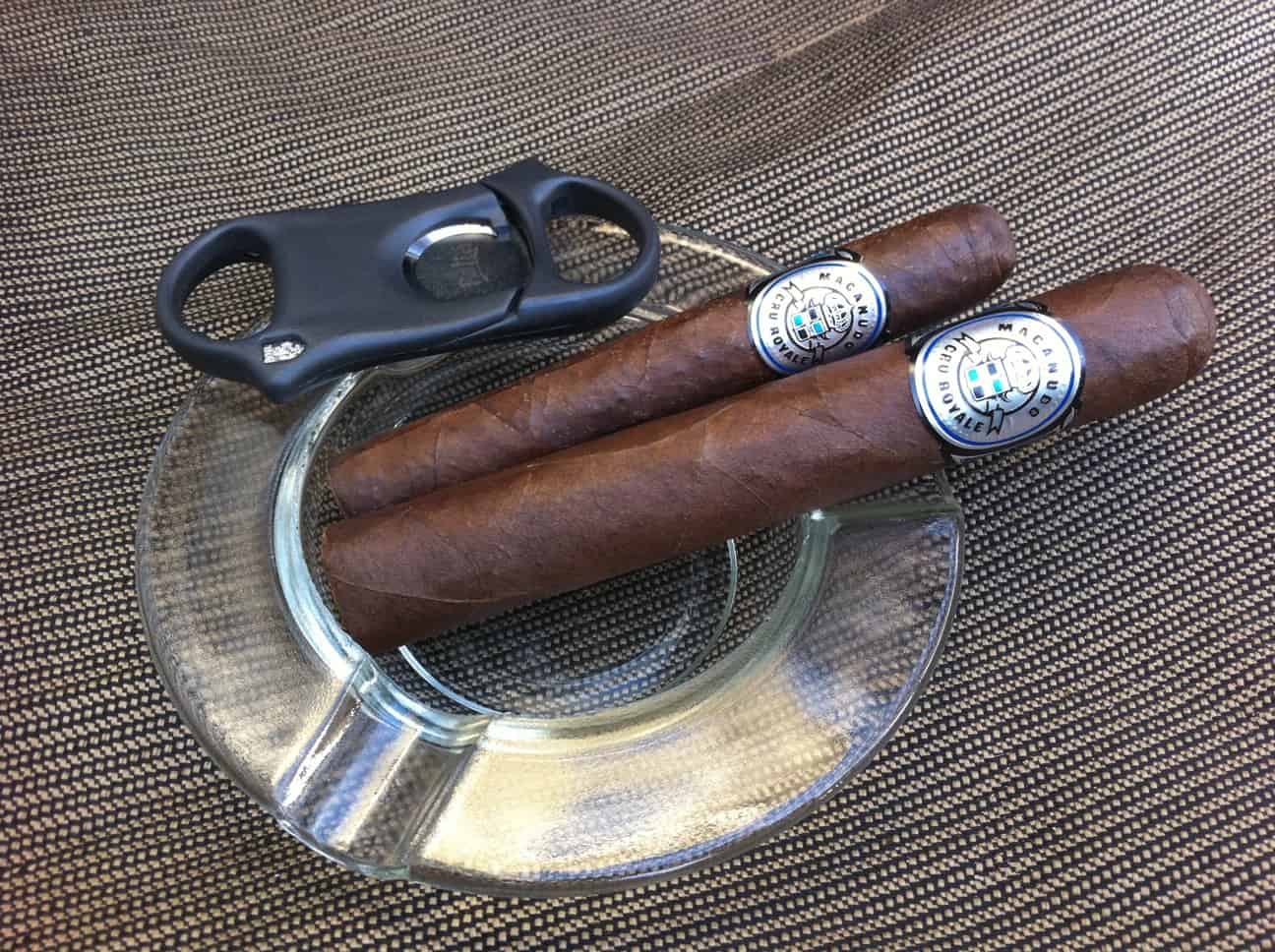 Macanudo, self-proclaimed as the top-selling cigar in America, is often maligned by the cigar blogosphere.  So when Macanudo released the Cru Royale this year, it was a bit shocking to see positive reviews spattered all about.  I received a dozen of these last month, and having gotten to my last two, figured it was time to write up a review.  Along the way, the impression of these cigars was quite variable, from the two over-humidified examples which only burned half-way, to the robusto which was so oily as to leak tobacco oils over anything that touched it.  So, the question is then: can the Cru Royale, at under $7, be a tasty, everyday smoke?

The prelight aromas are full of citrus and floral notes, with the underlying scent of barnyard, complete with hay and manure.  The cigar is beautifully wrapped, with few veins or stems showing.  The one exception was a particular robusto (see below), which was the ugly step-sister of the lot.  The cigar burns wonderfully, with an even burn and a solid, white ash that takes serious effort to break up.  The cigar begins with a citrusy tang, underwritten by hay and solid earthy flavors.  Throughout, the cigar billows smoke, in my experience the robusto outbillowing the gigante (the two vitolas I sampled).  As the cigar progresses, the tang simmers to a nice earthiness, with a light citrusy note underneath.  As the last third is reached, the cigar becomes more spicy, having a tingling effect on your tongue and lips.  Overall, this is a pleasant smoke, with pleasant and dynamic flavours.  The cigar starts light and citrusy, hits earthy tones midway through, and ends spicy.

So, what about the problems mentioned earlier?  Here are the lessons we learned about the Macanudo Cru Royale:

In conclusion, we quite liked the Cru Royale (given the lessons above).  The cigar has great flavours, and burn and construction is excellent.  This stick is definitely worth picking up a box of.  At the very least, pop into your local B&M and try a single or two.