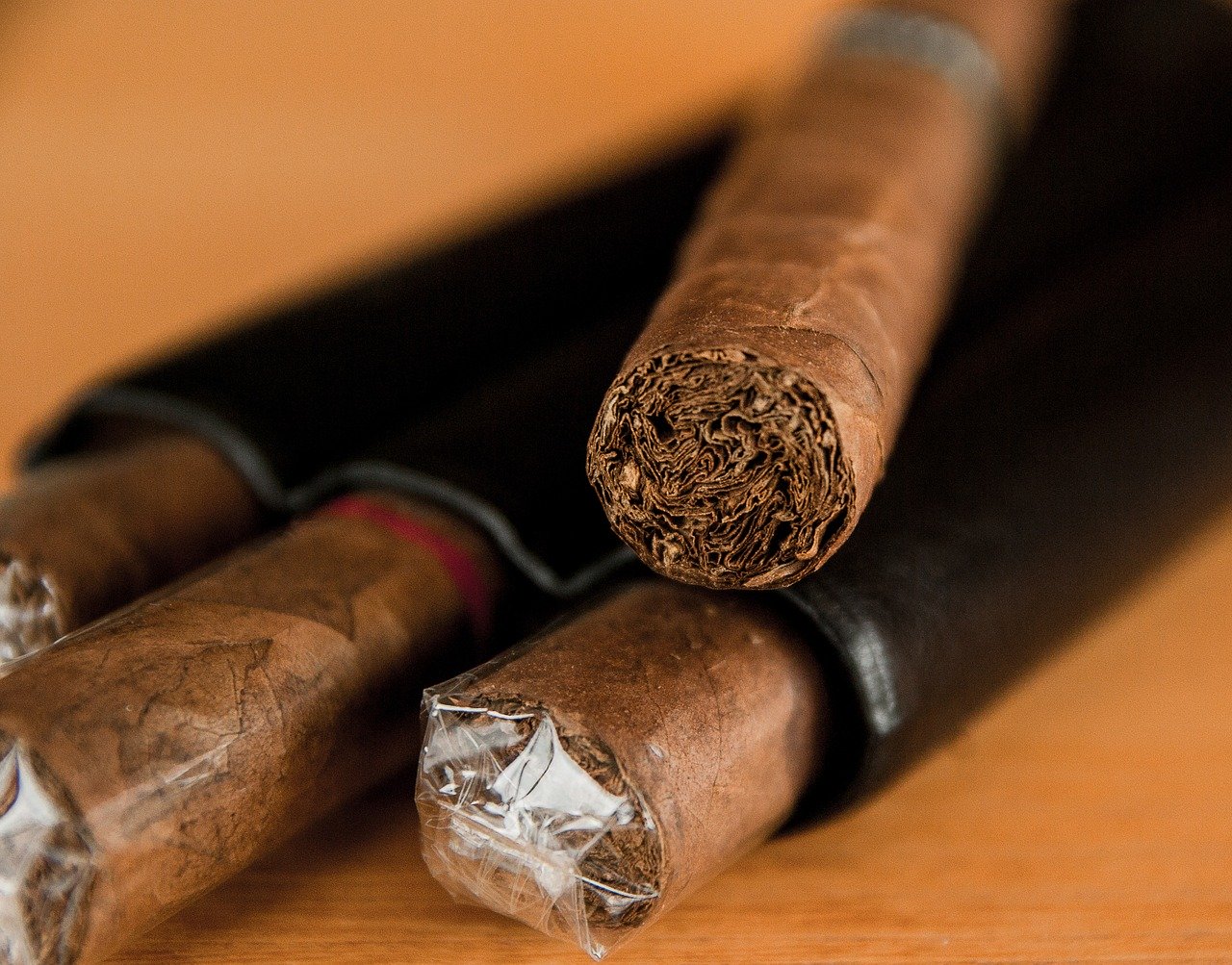 The Angel 100 series of cigars was named in honor of Angel Oliva, Sr., the patriarch of the Oliva Tobacco Company.  Angel Oliva was born in 1907 and came to the United States from Cuba in the late ’20s.  He would eventually find himself working as an assistant to an unsuccessful tobacco broker in Tampa, Florida.  He would prove himself as a tobacco broker by rebuilding his employer’s firm to financial success, and then create his own firm, the Oliva Tobacco Company (OTC), in 1934.  OTC now operates and manages plantations across the globe, and supplies tobacco to numerous manufacturers, including Rocky Patel, Fuente, and Ashton.   OTC doesn’t produce cigars, however, and shouldn’t be confused with the Oliva Cigar Family.  So while the cigars are rolled by another company, NATSA (Nicaragua American Tobacco, S.A.) in Esteli, the tobacco is entirely from OTC’s plantations, giving you a distinct taste of the Oliva family.

The Angel 100 series is a limited run line of cigars.  I bought these over four years ago, and have yet to see them sold again.  However, I have heard of them being traded or found in box passes on occasion, and I encourage you to keep an eye out for them.  The vitola I’m reviewing today is the ‘OTC’ , a 6×48 corona gorda.  The Angel 100 series is wrapped in an Ecuadorian Sungrown leaf, Nicaraguan binder, and a mix of Nicaraguan and Peruvian filler.  The end result is a firmly rolled cigar with a milk chocolate brown wrapper with mild to medium veining, a silken texture, and overall pleasant appearance.  Even its scent is enticing, giving a mix of sweet roses, earthy tobacco, and spices.

I toast the foot and clip the cap with my Xikar.  I take a slow puff and find the draw to be moderate, neither easy nor difficult, but holding a slight bit of resistance.  I’m greeted with a mingling of charred oak, toast, leather, and mild sweet spices.  After another inch the flavors start to settle a little, with a few more developing.  I start to pick up earth and leather at the fore, with a pleasant sweet earthiness.  It flowed smoothly into nuts and charred oak, flavors fading in from one to the other.  Lastly I taste mild sweet spices in the finish with a toasty aftertaste.

The flavors don’t develop much more beyond that.  They sharpen a little, but don’t change.  Some complain that there is a lack of complexity because the flavors are so consistent throughout the cigar, but I enjoy it.  The flavors themselves are pleasant, and the transition from one to the other is a smooth flow that fades into the other.  There is enough complexity that I’m not bored, and the flavors are consistent enough that I’m not on edge wondering if I’m missing something to the cigar.  More importantly, I’m enjoying the flavors I taste, and they work well with one another.

Overall I find this cigar to be quite impressive.  It’s one of those cigars that few people had heard of, and probably wouldn’t have bought were it not for the cheap cost.  When they were out online years ago a gift box of 5 would run about $10.00 flat, so roughly $2 per cigar.  However, the cigar you got for that cost was significantly better than what you would expect.  After a month of rest there was no bitterness or harshness, and the cigar smoked smoothly.  The flavors were enjoyable and the cigar lasted for at least an hour and a half.  The only downside I ever had with these is that the burn would be temperamental if the cigar were neglected.  However, this was infrequent and not really an issue, especially considering that I’ve only had three do this in the dozen I’ve smoked over the years.  If you get a chance to enjoy one of these, then I highly suggest you take it.  This is a jewel of a cigar that few know about, and just as few have ever had a chance to try out.  I think you’ll be very pleased if you do.