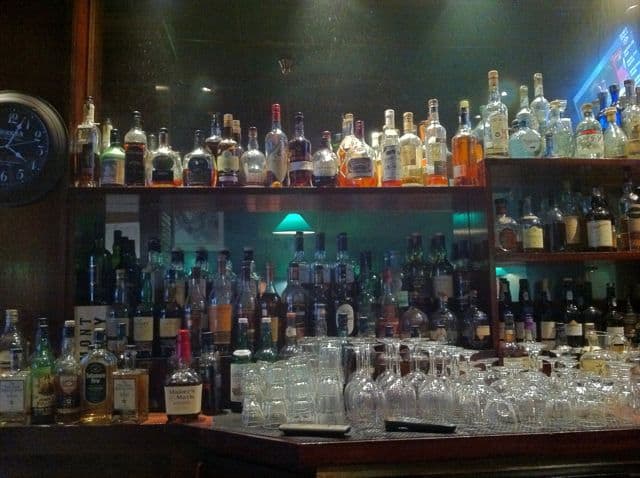 Home to tech giants, baseball Giants, and generally one of the nicest places in America to live, San Francisco is also home to some of the country’s strictest anti-smoking laws. Thankfully for cigar smokers, however, lawmakers decided to included a clause in the now 6-year-old smoking ban to allow owner-operated establishments existing prior to the ban to maintain their smoking status.  While such establishments are exceedingly rare, fortunately one such place existed — the Occidental Cigar Club.

At first glance I suspected that the Club would be a bonafide members only cigar club, but a quick phone call revealed that comfortable, indoor smoking in San Fran is available to all!  I dropped by on a weekday afternoon around 5, just as banks were closing, and the flood of bankers entering after work was noticeable.  The vibe was lively and friendly; there was a distinct neighborhood feel, wherein the bartender knew everyone’s name — including my own by the time I left.  With a wide selection of whiskies including single malts, bourbons, and more, there is no reason to go thirsty.  The cigar selection was a little slimmer, featuring around 15-20 options; while lacking in quantity, there was no shortage of quality.  I chose a Nub Habano, which lasted a few drinks before my visit to Occidental ended.

Such places, where men can come together to unwind after a long day while having a good drink and quality cigar, are increasingly hard to find.  The Occidental Cigar Club is one of those places.  Two guys sitting in the corner playing chess over a pint of locally-brewed beer.  Three guys sipping single malts, discussing stock options and retirement planning.  Another guy joking with the bartender over his latest haircut. Single television, muted, showing sports highlights in the corner. A must-visit for any Aspiring Gentleman’s trip to San Francisco.