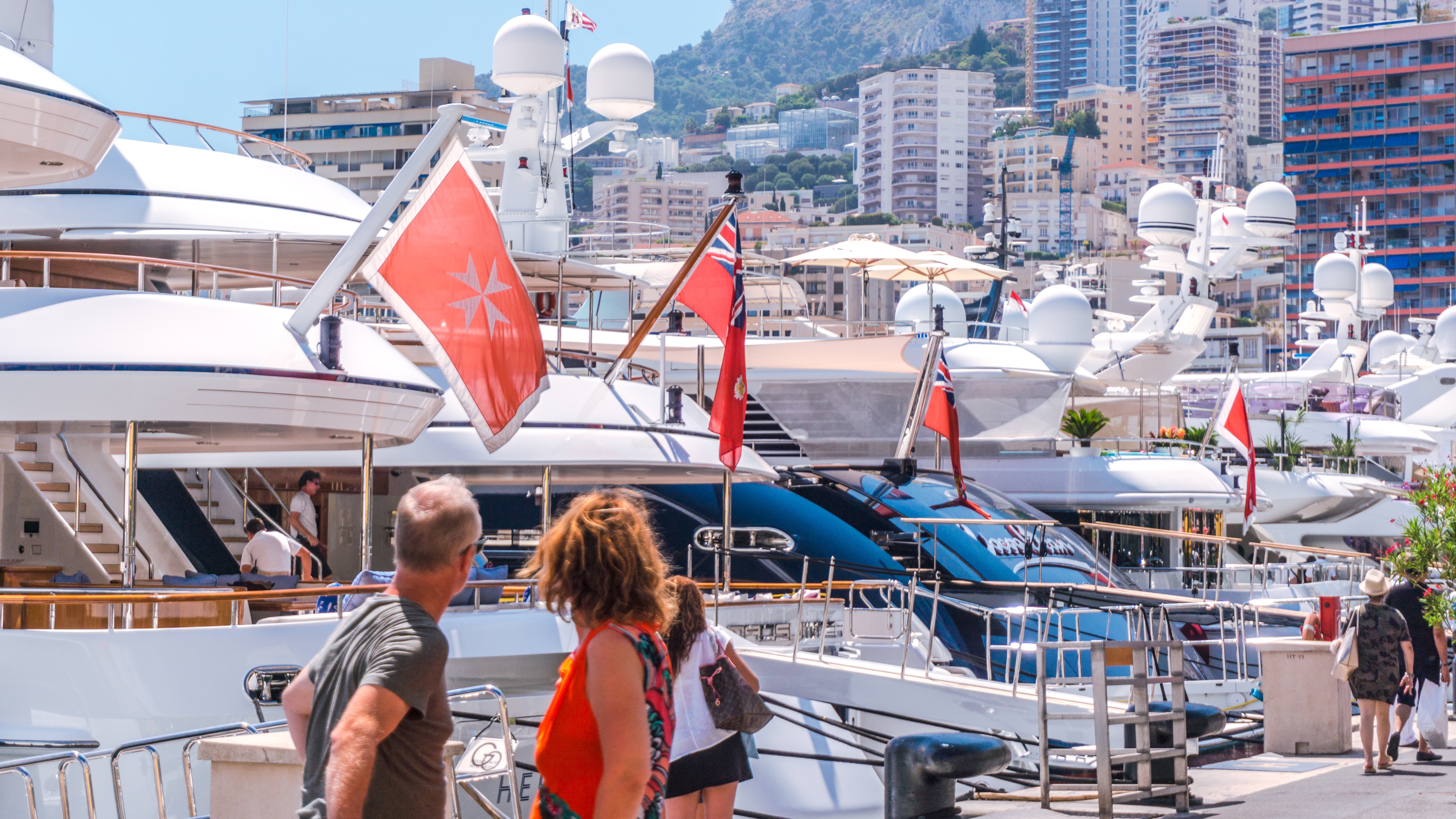 It’s a Tuesday afternoon. You’re probably sitting in an office, typing away. Lunch was straight out of a microwave oven and you’re drinking coffee to keep you from nodding off at your desk. Your boss needs a report by 4pm, and the two girls behind you are gossiping about Jay Z and Beyoncé.

Transport yourself to the south of France and Monaco. You’re probably sitting on Jay Z and Beyoncé’s yacht while two girls sit and talk to them. Lunch is served at 4pm in one of the finest restaurants in Europe, and the Dom Pérignon will keep you going all night long.

It’s perhaps the most glamorous places on the world. A tax-free haven overlooking the glorious Mediterranean Sea where yachts of the rich and famous play, and the sun beats down upon a wealthy man’s paradise.

We thought so, which is why we’ve pulled out the basics for you to experience Monte Carlo in true style.

To experience the style of Monaco, you of course have to fit into your surroundings. It’s something very important to the region, from the luxury fleet of cars that pass through on an hourly basis, to the people who frequent it. After all, even Grace Kelly had residency at the Prince’s Palace.

Boating blazers and light colors are keys for browsing the hundreds of high-end shops, while proper beach wear is essential for lounging under an umbrella, or head over to the casino and the bowtie will have to be in place as you join the world’s elite for a night of poker, champagne, and – fingers crossed – a few winnings too.

The members of the royal family in Monaco are perhaps the second most famous royals in the world after the Queen of England, and the Prince’s Palace which is occupied by them certainly stands up to Buckingham Palace.

It’s a must-visit for anyone spending a few days in the principality, and sits in the Old Town, where it has stood since 1191.

The palace has an incredible history, beginning life as a Genoese fortress before changing hands many times, being attacked by foreign powers before settling as the home of the Grimaldi family in the 13th century.

They’ve occupied the building ever since, adding various new wings over the years with architectural trends of the times all being represented over their 700 year stint overlooking Monaco.

It’s open to the public to look around, and is close by to the stunning cathedral which looks out onto Port de Fontvieille.

And while Monaco has a palace fit for a Prince, it has a restaurant fit for a king.

Le Louis XV at the Hotel de Paris is one of the world’s finest restaurants and the flagship eatery of Alain Ducasse. And the story behind it is certainly befitting of its incredible location.

Back in the late 1980s, Prince Rainier III challenged the French chef to win three Michelin stars within four years. He did that in little over two, becoming the first hotel-based restaurant to win that award. Ducasse is of course renowned for his Michelin stars and has 21 to his name in total.

The menu features a range of seafood straight out of the Med and with 400,000 wines in the cellar, every dish has something that’s perfectly matched. Of course, for this place you need to consult the Monaco style, where jackets are most certainly required.

Photo by Rhiannon Elliott on UnsplashDiscover The Main Events

Not only do the tennis aces, F1 speed freaks, and poker stars who reside in Monaco get the benefits of their generous tax system, but they also get world class events brought to them, most notably the Monaco Grand Prix.

It’s one of the highlights of the F1 calendar with the likes of Jenson Button, Nico Rosberg, and Felipe Massa all coming down from their luxury abodes and jumping in their cars to race around the most famous street track on the planet.

But it’s not the only event that drags people off their yachts to watch the excitement unfold. The ATP World Tour lands at the Monte Carlo Country Club every year, while the world famous Monte Carlo Casino welcomes the European Poker Tour Grand Final, giving players a chance to win €1,000,000.

It’s a city that oozes incredible events. It’s the reason the EPT comes back every year to perhaps the most lavish casino in the world. This year it falls just days before the Grand Prix, kicking off an exciting summer for the principality.

A Night At The Opera

Excitement does happen all year round however, and if you’re looking for a little sophistication or to swoon a lady, then a night at the opera is certainly the one for you, if not simply to marvel at the building alone.

Part of the Monte Carlo Casino, it opened in 1879 and seats around 524. Heavily influenced by the Palais Garnier in Paris, it is awash with gold detailing, making it one of the most stunning opera houses around.

Opera season in particular sees the building at its finest, with 2015 seeing Guillaume Tell, Don Giovanni, and Lady Macbeth all being performed for the principality’s elite.

A Night On The Tiles

But if it’s a night with the guys, then opera probably isn’t for you. But what will be is Monaco’s incredible nightlife. There’s something for all tastes in Monte Carlo with the likes of Black Legend suiting the jazz fans, La Racasse allowing you to shake on down, and McCarthy’s, a good old fashioned Irish pub.

But perhaps at the center of it all is Jimmy’z. While it might not sound like it should fit in with the elite of Monaco, the venue has been the heartbeat of the evening for over 30 years, and is a regular for celebrities in the area. In fact it’s the only place that will give you the chance to dance literally all night long with Lionel Richie himself.

Wherever you head in the city however, you won’t be disappointed. It’s the perfect way to finish a trip to Monte Carlo in real style, and you never know; you might find your own princess of Monaco.