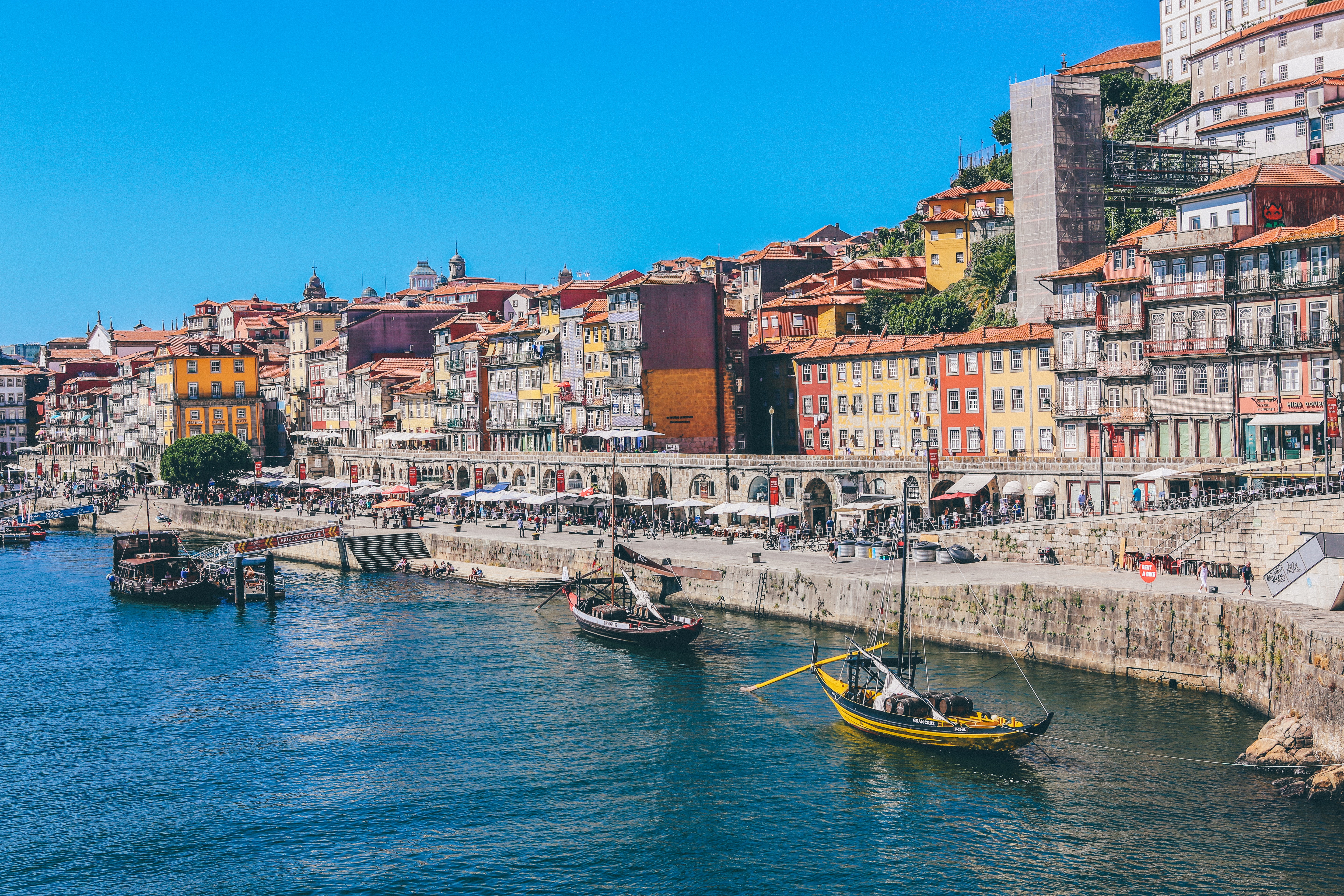 Sharing a border with Spain and boasting a spectacular Atlantic coastline, Portugal remains something of a hidden gem on the European tourist trail. For many holiday visitors, the only Portugal they see will be the achingly beautiful beaches of the Algarve but, spectacular as these resorts are, they are only one facet of this dazzlingly diverse country. Rich in culture and history, the cities of Portugal offer a glimpse into an authentic, traditional Portugal, so different from the brash tourism of its gorgeous coastline.  With all its beauty we have narrowed down the 5 best cities to visit in Portugal giving you the best the country has to offer.

Ideally, your visit will incorporate stopovers at several locations, so you need to consider whether you want to book hotels or go for the cheaper and more flexible option of renting self-catering accommodation. Portugal has an extensive and inexpensive public transport system, but hiring a car is always going to be the more convenient option. Consider flying into and out from separate destinations, allowing you to take a linear route, rather than having to retrace your steps.

An obvious starting point, Portugal’s seven-hilled coastal capital, is one of the world’s great cities, and extensive reconstruction of its ancient center means that there has never been a better time to visit. Rich in history and culture, with world-class restaurants and numerous boutique shops, this city has a fascinating vibrancy and variety. The town is dominated by St George’s Castle, which dates from Roman times and offers spectacular views over red rooftops to the Tagus river. At the mouth of the Tagus stands the extraordinary Tower of Belem with its dramatic fusion of architectural styles. Jerominos Monastery, begun in 1501 and taking over a century to complete, is now a world heritage site and is another must-see. Although visiting a tile museum may not be top of your list, the National Azulego Museum is a fascinating way to learn about Lisbon’s past.

When you’ve had enough of culture, why not visit the endlessly beguiling Fiera da Ladra, the city’s oldest flea market which opens on a Tuesday and Saturday or rub shoulders with artists and intellectuals in the sumptuous Art Deco interior of the Café A Brasileira. Ride one of the vintage Remodelado yellow trams which rattle up the winding cobbled streets; tram 28 is the most famous route. Most importantly, be sure and save some energy for Lisbon’s world-renowned nightlife and other free activities in Lisbon, which is centered around the Bairro Alto, where you can dance the night away to the latest dance music or enjoy a meal while listening to Portugal’s traditional folk music, fado.

Famously described by the poet Byron as a ‘glorious Eden,’ this World Heritage Site is just a short bus or train ride from Lisbon. Set amidst the ‘Mountains of the Moon’ and full of baroque churches, grand mansions, and palaces, Sintra is a delight. Not surprisingly, Sintra can become very busy during the summer months, so try to visit in the spring, when you can enjoy a more leisurely experience. Be sure not to miss out on the stunning views from the Moorish castle and the Pena Palace.

It’s possible to visit Evora as a day trip from Lisbon, but to appreciate the city’s charm; you need to stay a day or two. Although it’s only an hour and a half from Lisbon, be aware that in summer Evora is considerably hotter so you’ll need to time your sightseeing for the cooler parts of the day. Early spring is the most pleasant time to visit. Once a significant trade and religious center, the city still retains many ancient buildings within its walls. Home to an ancient university, Evora has a large student population, so alongside the ancient buildings, you’ll find plenty of contemporary entertainment as well as great bars and restaurants. The extraordinarily well-preserved Temple to Diana is the most spectacular Roman ruin on the Iberian Peninsula, and the massive Gothic cathedral, nearby, affords spectacular views over the city. If you are of a ghoulish inclination, you’ll want to see the Chapel of Bones, its interior unnervingly decorated with around five thousand skeletons.

This riverfront city in central Portugal was once the nation’s capital. Famous for its ancient university, the city’s student population means that there are plenty of bars and cafes in which you can rest your aching feet when you’re done exploring the Moorish and Gothic buildings of the old town. The university itself is a world heritage site, its 16th-century tower affording magnificent views of the city. The Biblioteca Joanina is a beautiful Baroque library, its lacquered and gilded shelves home to over 250,000 books and a colony of bats which eat the insects which might otherwise damage the books. Over thirty trains every day make the city a comfortable journey from Porto.

With its international airport, Porto is a perfect exit or entry point for your tour of Portugal. The city is famous for its port wine production, spectacular sunsets, beautiful bridges, and stunning architecture. The ancient center of this mercantile city is now a world heritage site and boasts numerous churches, palaces, and museums. Porto also has some outstanding modern architecture, such as the stunning Art Deco of Casa de Serralves and the uncompromising modernism of the Casa da Musica. Enjoy the cafes and restaurants of the Ribeira, browse in J.K Rowling’s favorite bookshop, the Livraria Lello, or take a cruise up the Douro. Porto has a distinctive character and is a beautiful city, well worth taking the time to get to know.

Now that you know the Five best cities to visit in Portugal, its time to start planning your adventure!