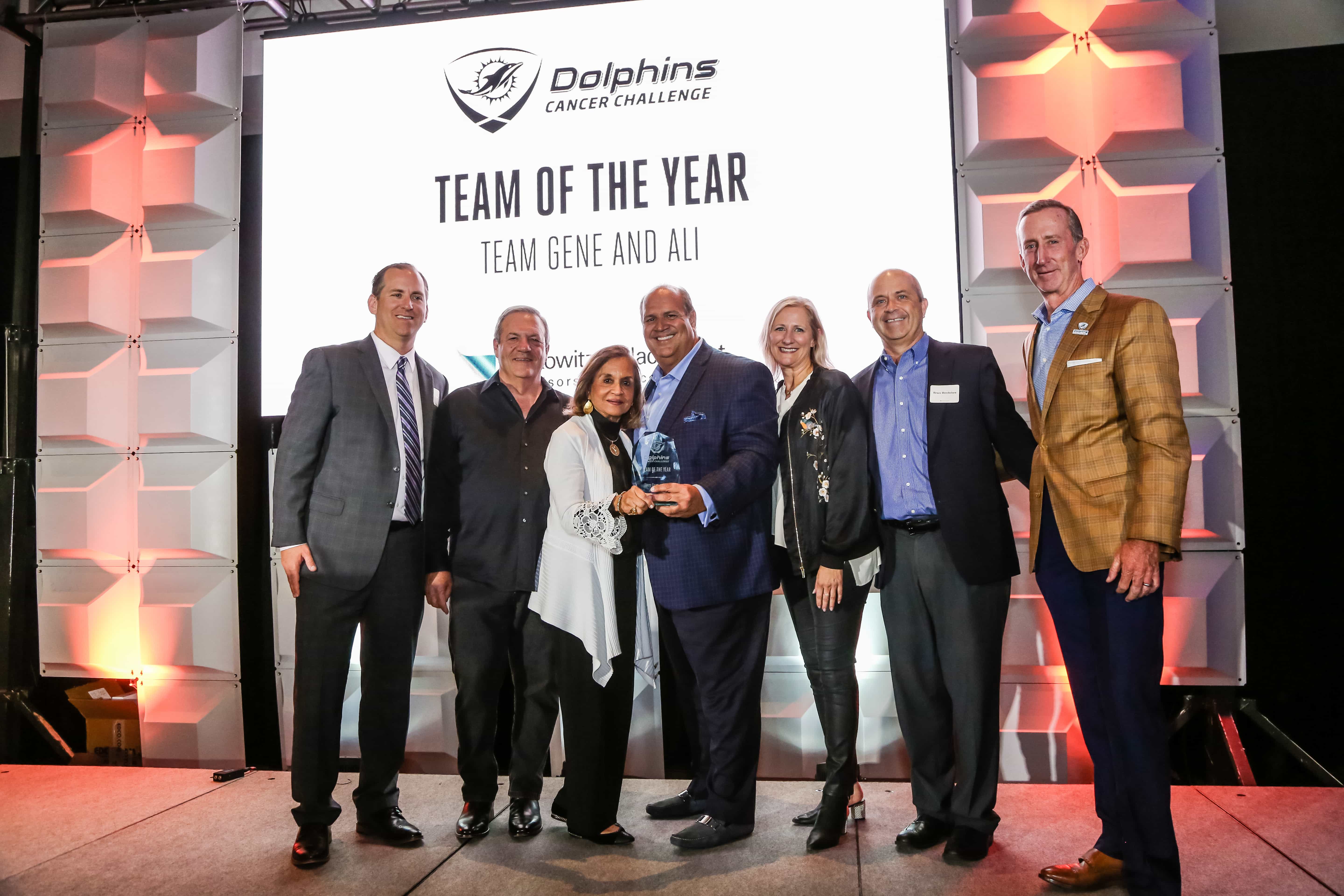 Many organizations run different programs to support charities and causes that are close to their members’ hearts. When such organizations belong to sports – something which people love and follow passionately – hearing about any program that rises up to the occasion of helping those in need is particularly heartwarming.

That is why, it was such a pleasant experience to know that this Thursday, October 11, 2018, the Miami Dolphins honored the top contributors to its Dolphins Cancer Challenge (DCC) program, which focuses on supporting cancer research efforts at the Sylvester Comprehensive Cancer Center in Miami.

Created 8 years ago, the DCC is supplemented through a two-day bike event through which its riders raise the funding needed to supplement research efforts.

The 260 donors that were recognized at the event collectively contributed $2,539,611 (over $2.5 million) to the program, which amounts to almost 50 percent of total donations that the event raised in the current cycle. Among other names, the event noted the attendance of players John Denney; AJ Derby; Davon Godchaux; Matt Haack; Jamiyus Pittman; Jason Sanders; Vincent Taylor and Sam Young; as well as alumni Mark Duper and Nat Moore.

Labeled as the Dolphins Cancer Challenge Heavy Hitters Celebration, the event marked the recognition of entities from the state of Florida who had actively contributed to the aforementioned cause. The awards were distributed in various segments, which included the following categories:

In the event, the awards were distributed to the following participants:

By recognizing these individuals, DCC aims to motivate more participants to take part in the DCC IX, which is all set for April 6, 2019.

The Miami Dolphins, on the other hand, are set to face Detroit Lions this Sunday, October 21.