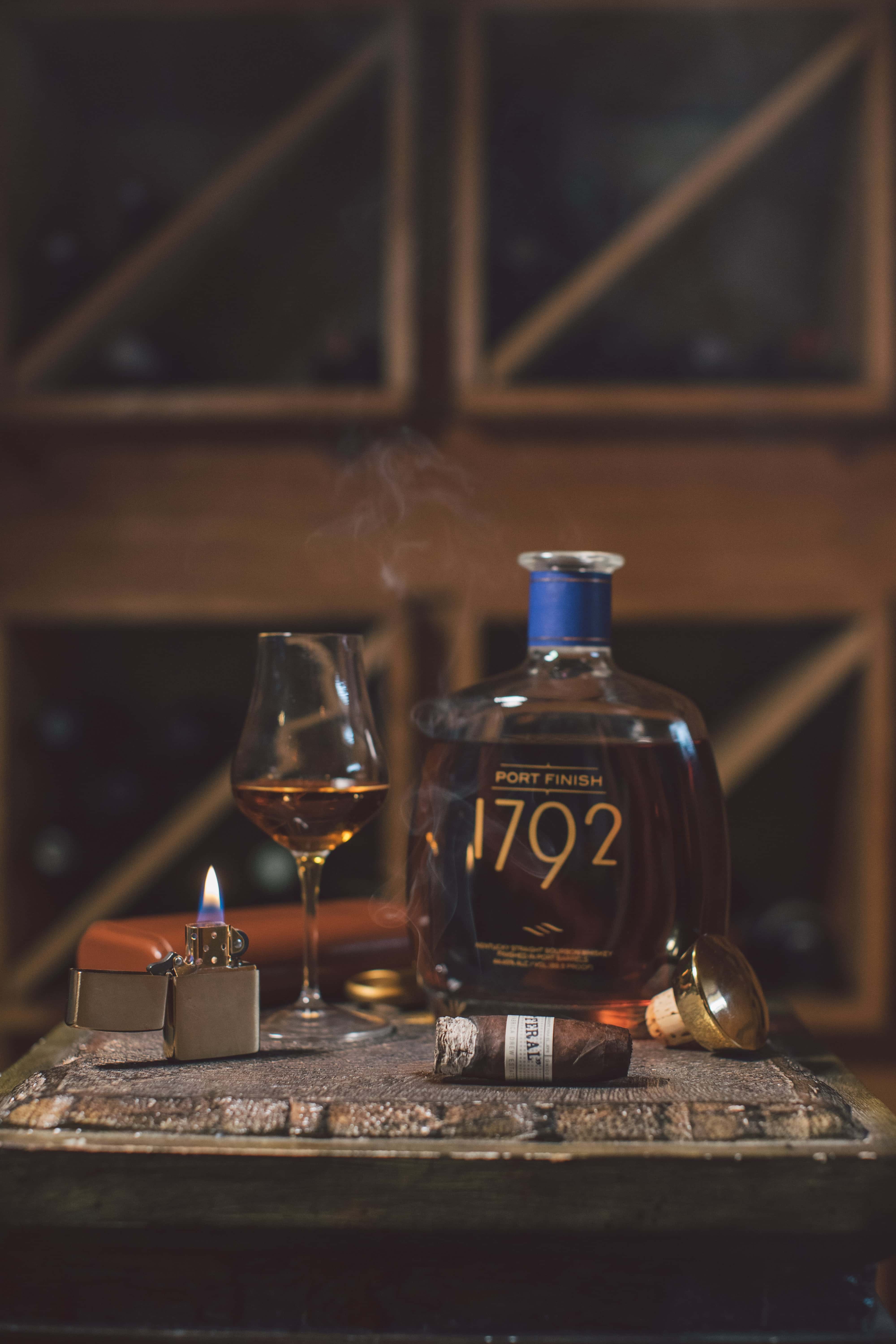 Learning to enjoy cigars and cigarettes is a skill that is worth putting in the time for any gentleman who wants to go far in life.

Being offered a fine cigar is a mark of respect and often a gesture of friendship. We smoke cigars to celebrate important occasions and significant successes. We smoke them on stag parties, in business meetings, and when being introduced to the in-law’s family.

In other words, if you can appreciate a cigar, then you will be well-equipped to deal with a wide range of different situations and to impress all kinds of people that you want to influence. 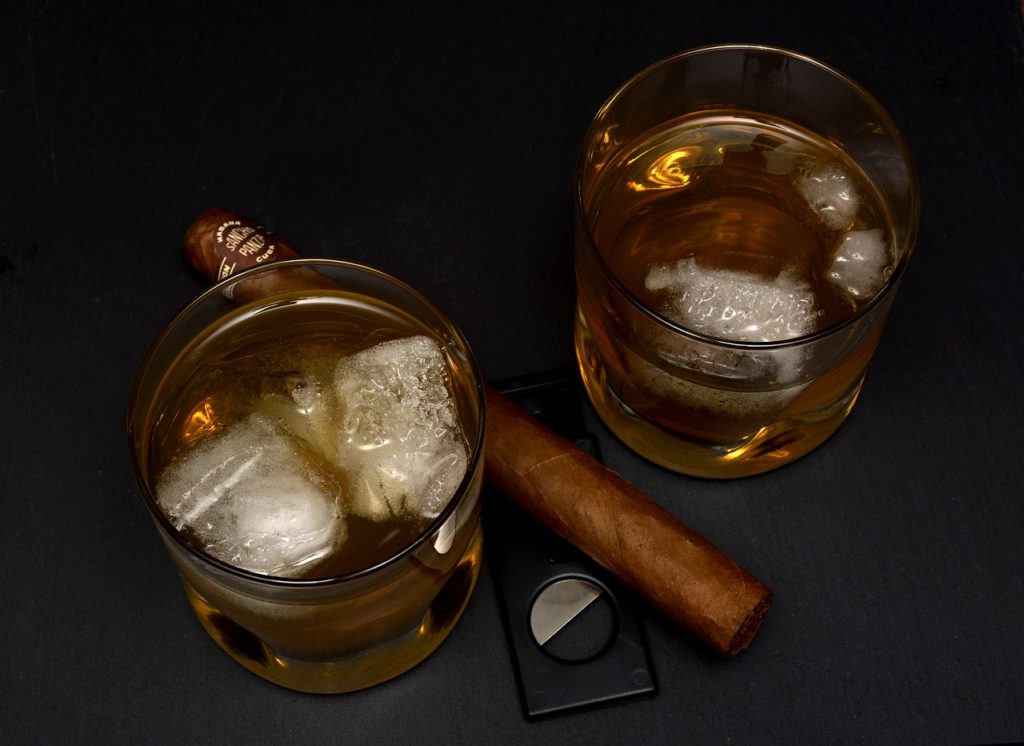 And the best way to appreciate a cigar? With some whiskey! A good cigar is just calling out to be enjoyed with a whiskey. That way, you can appreciate the taste all the more, as the whiskey compliments and contrasts the taste of the cigar in a myriad of ways. It will also prevent your mouth from feeling overly dry and provide you with a more complex and interesting palette.

Cigars and whiskey go perfectly together. Both of these are luxuries that we enjoy on rare and special occasions. Both force you to slow down and to take your time really enjoying the experience. And both have an entire culture and world of understanding to familiarize yourself with.

So whiskey and cigars are worlds worth facilizing yourself with. They are best enjoyed together. And if you are looking for a great combination to experience early on… then look no further than the Drew Estate Liga Privada Unicos Feral Flying Pig, matched with the 1792 Port Finish.

Here’s everything you need to know…

Before we get started, it’s first worth going over the appeal of the 1792 brand.

This is a whiskey brand that specifically makes bourbon. For those new to the world of whiskey, bourbon is a type of whiskey that is brewed in the US and ideally Kentucky. It has to be made from entirely new barrels, meaning that as soon as a barrel has been used once, it will be sent away.

Bourbon has a few other differences as compared with other types of whiskey (such as scotch). For instance, it will usually be darker in color and will have more spices and flavors added.

Bourbon goes particularly well with cigars, partly because of those different flavors which can perfectly highly and compliment the flavors in the cigars themselves.

But this isn’t just any old bourbon whiskey. Of course, Jack Daniels and others such as Jim Beam are also bourbon whiskies, but these generally are not as highly regarded by true aficionados. The reason for this is that these are large batch whiskeys, designed to be affordable and aimed at the broader commercial market. On the other hand, 1792 is a brand that produces primarily small batch whiskeys (meaning that only a few barrels are used in each run) and that aims its products at the higher end of the market. The company has won countless awards for its delicious whiskeys and is worth experiencing in its own right.

1792 is based in Bardstown, Kentucky. The name is, in fact, a reference to the year that Kentucky first became a state, and this demonstrates the close cultural heritage from that all-important region.

1792 is owned by the Bardstown, Kentucky distillery, which in turn is part of the Sazerac Company. Previously, the company and the drinks were known by the name ‘Ridgewood Reserve 1792’.

The 1792 whiskey that we’re going to be looking at more specifically is the Port Finish. This is the ultimate compliment for the particular cigar we’re going to be talking about. It is finished with port, which of course has a significant impact on the flavor. It introduces ripe fruit flavors, candied apple, and vanilla from the oak char.

A finish in whiskey terms is also referred to as a ‘double mature.’ This is the procedure that only certain whiskeys will undertake in which the spirit is matured in a casket that has a particular origin. Many whiskeys are wine cask finished, meaning they are matured in a sherry cask. In this case, however, the whiskey is matured in a port casket. 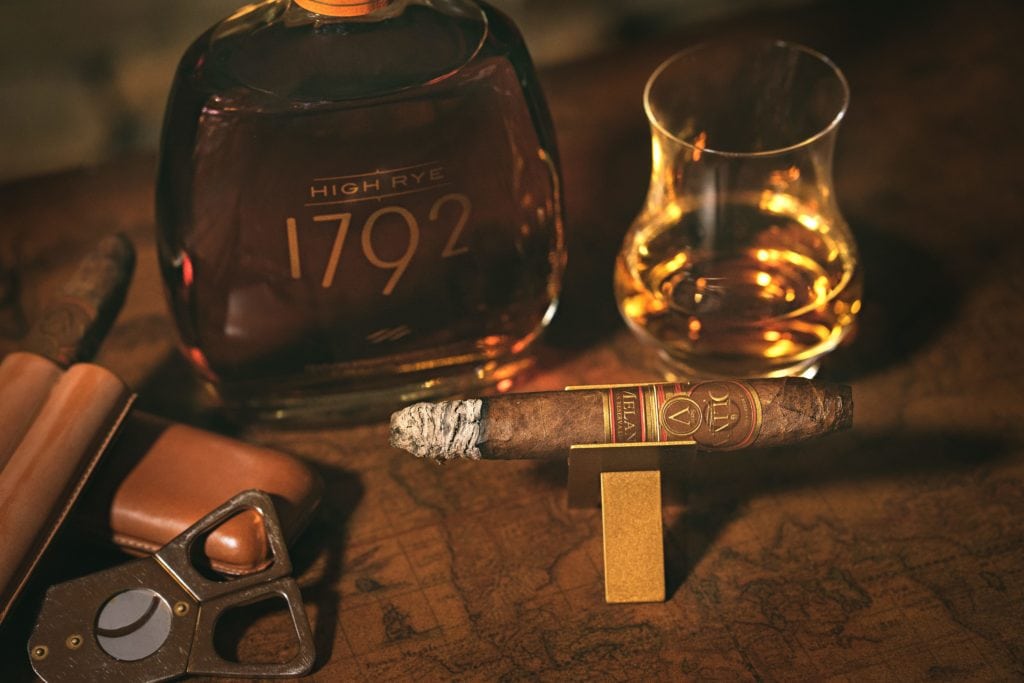 The Flying Pig meanwhile is a cigar that is as unique as its rather strange name. Its closest relative is perhaps the Liga Privada No. 9. And the T-52. However, it is blended with part Ligero leaf, which gives it quite a punch.

The smoke is very peppery, and you will also be able to detect molasses and dark, bitter chocolate (so this will also go very well with a cup of coffee – a surprisingly effective pairing for a wide range of cigars actually).

The Feral Flying Pig is also unique in its shape. It is a Robusto 5 3/8 x 60. Full strength. Originating in Nicaragua and with a USA Connecticut Shade Wrapper.

How to Smoke a Cigar

If you want to really enjoy the Flying Pig and the Port Finish, then you need to make sure you smoke and drink them in the right way. While there is no right and wrong way – it comes down to how you best enjoy them – there are some things you can do to enhance your experience and to look a little more experienced in the process.

Here is how to smoke a cigar and look like you know what you’re doing.

The first tip is that you’re going to need to cut your cigar. Your cigar has two ends: a foot and a head. The foot is the part you aren’t meant to put in your mouth. This is where you’re going to light the cigar, and in most cases (though not always) it will be pre-cut. Put this in your mouth, and you’ll likely end up eating a whole lot of tobacco leaves… not nice!

The head is the sealed end and is normally the end near the band (the label that wraps around it). You’ll want to cut this about 2-3 millimeters down (right near the tip in other words) and ideally using a cigar clipper. Failing that, you can use a knife. Whatever you do, try to cut the end quickly and firmly to avoid tearing.

Once the cigar is burning orange, you can stick it in your mouth and draw.

The key thing to remember now is not to inhale the smoke. If you do, you’re going to cough your lungs up and look like you have no idea what you’re doing! This is the most common confusion, as it is of course how you are meant to inhale a cigarette.

The key to doing this is to suck not with your diaphragm, but with your mouth – think of drinking something through a straw. Fill your mouth up and then blow out. You’ll need to take a few quick draws to get the cigar to produce thick white smoke, and then you can slow down and enjoy it.

Usually, you’ll take a drag about once or twice a minute, but that’s really up to you. Take your time: this can last anywhere from 30 minutes to two hours.

It’s up to you whether you want to take the band off or not. Some people do, and others don’t. If you do though, then try waiting for a couple of drags first as the heat will help to break down the adhesive.

There’s no need to keep tapping ash off as you would do with a cigarette. The higher quality the cigar, the more ash you can build up without it falling off! But don’t let it get too long as it can ruin the airflow.

Gently roll the cigar on the ashtray to break it off – don’t tap.

And there you go: you now know how to enjoy a cigar, and you have the perfect cigar and whiskey combination to enjoy it with. Once you’ve spent an evening with a great bourbon and stogie… there’s no going back!

Why Should You Use a Humidor?