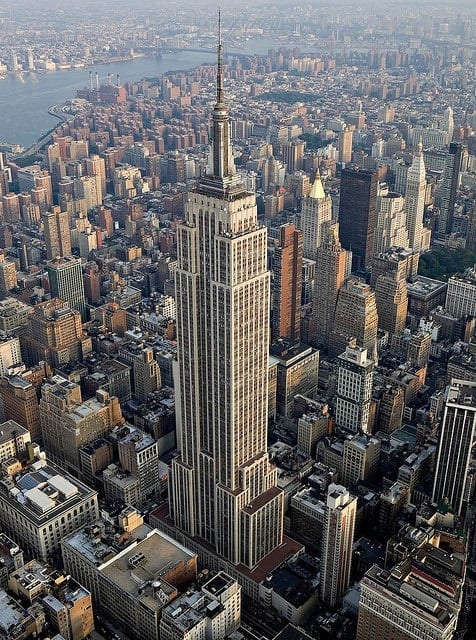 America is a country of a great diversity, which makes the task of creating a  list of top US destinations close to impossible. With that in mind, here is a list of the Top 5 most interesting places to visit in the United States. What makes them so interesting? Each of the selected destinations is unique in a way that both fascinates and sets world records. Let’s begin with the Empire State Building, the architectural signature of New York – America’s Big Apple. What historical world record do you think it holds? It’s time to find out.

This is the most emblematic symbol of the city of New York, no doubts there. The Empire State Building has a total of 102 floors and stands 443m (1454 feet) tall. From 1931 to 1972 it was considered the tallest building on Earth. Another world records this monumental construction holds is that it is the first building in the world to have over 100 floors.

Nowadays, it is mostly popular among couples and friends, who have turned the top floor of the Empire State Building into rock-star meeting point. And there’s a lot more fun things to do in New York as well, so check out some good weekly rate hotels and explore the city while you’re there. 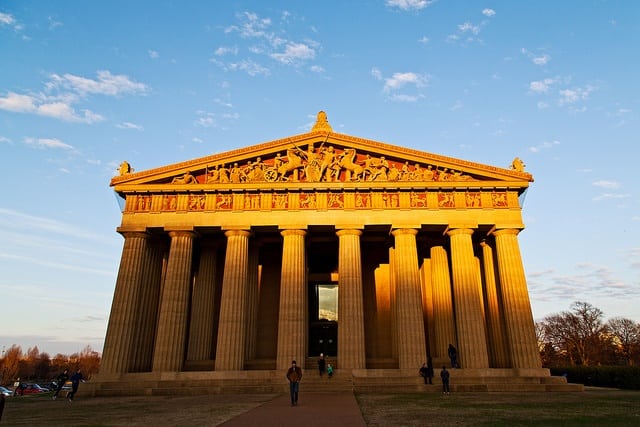 Maybe it will come as a surprise to many of you that a replica of the original Pantheon in Athens is located in a town like Nashville, Tennessee. Within the grounds of the Parthenon, which was built in 1987, you will find a 13-meters-tall statue of the Greek goddess Athena, together with a magnificent collection of exactly 63 paintings. These belong to a wide variety of American painters and were made between XIX and XX century.

Located in a small town called San Simeon, the Hearst Castle was built by Senator William Randolph Hearst. A curious fact about this historical monument, which is now open to the public, is that it took 28 years to build it. However, considering that it disposes of 56 bedrooms, 19 living rooms, and 61 bathrooms, this may come as no surprise. Make sure to book your ticket in advance to get a good price at HelloTickets.com for at least a month, since this historical monument has become quite popular among national and international visitors. 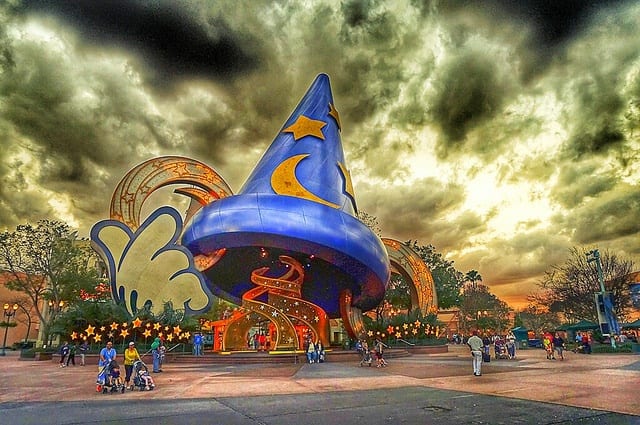 Disney World (not to be mistaken with Disneyland in California) is the most visited amusement park in the world. The total number of yearly visitors comes up to 47 million people. The total span of Disney World’s area is 100 square kilometers (38,6 square miles), which makes it two times bigger than Manhattan. The park is separated into 4 distinctive attraction areas, which are follows:

Do not miss out on this incredible journey into the magical Disney World. Whether you are 6 or 60 years old, the fun is guaranteed. 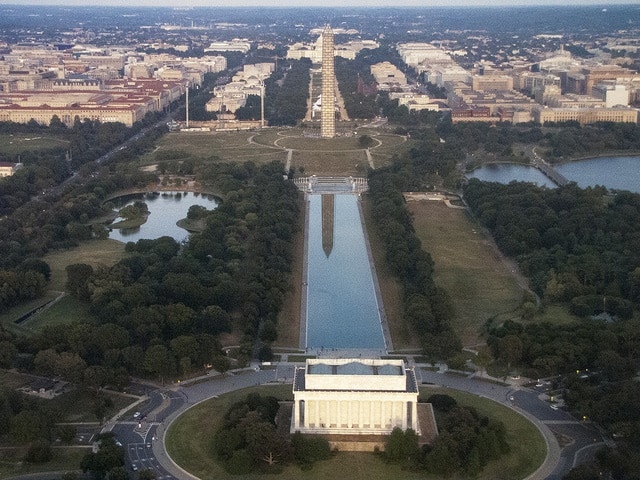 The National Mall in Washington DC represents a unique combination of memorials, museums, educational institutions and more. Each year approximately 24 million people visit the US capital city to take a walk along this historical land, which is exactly 3 kilometers (1.86 miles) long.

Here is a short list of just some of the most prominent places to visit: The Smithsonian  Museum; The National Air and Space museum; The Vietnam Veterans Memorial; The Lincoln Memorial. The list goes on and on, which makes the National Mall in Washington one of the most interesting and historically rich destinations in the United States of America.

For those of your who are not US residents – there is a simple solution to the ever-lasting visa application process – a time-saving and convenient online alternative, called ESTA USA. Travelers can easily submit their ESTA application online, and receive a travel authorization to enter the United States of America in less than 72 hours. Save your favourite US destinations list and start packing. There is no better time than the present.