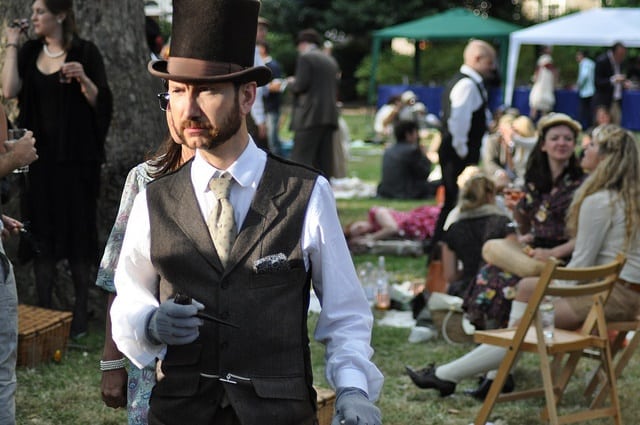 As an aspiring gentleman, you’ll know there are many interpretations as to what being a gent really means. Maybe it’s dressing well, or having impeccable manners. Maybe it’s chivalrous, or maybe it’s a combination of valuing the standards of days gone by in today’s modern world.Right now in the Uk. There’s a movement which is gaining popularity called chap hop. What is this? I hear you say.  “Chap-hop is music originating from England that mixes the hip hop genre with elements from the Chappist or steampunk.  It features stereotypical English obsessions such as cricket, tea and the weather.”

You might not be familiar with chap hop, but as an aspiring gentleman, you certainly should be. One of the leading figures of the genre is Mr B the Gentleman Rhymer. He was partly responsible for the craze of everything from shirts to spec cases being adorned with that distinctive moustache. The rapper blends hip-hop with a received pronunciation rapping style that epitomises the genre. 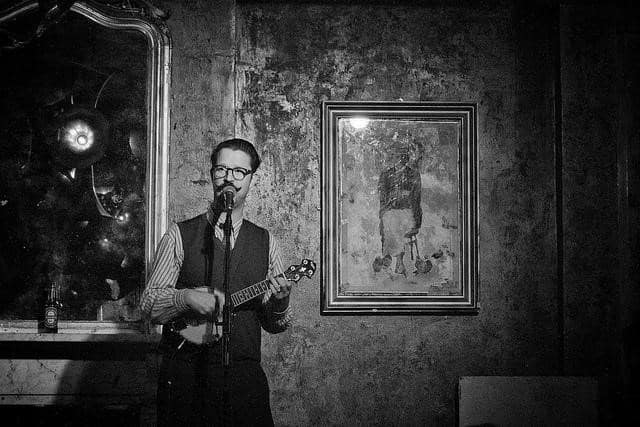 Mr B’s adversary and the only other true contender for the chap-hop crown is the rather splendid Professor Elemental. The raffish chap often found to be clad in nothing but a desert suit and a pith helmet, is usually accompanied by his ape-butler, Geoffrey. The rhyming Professor has even been featured in an episode of Phineas and Ferb. The Prof has an extensive array of comics, books and toys bearing his likeness. 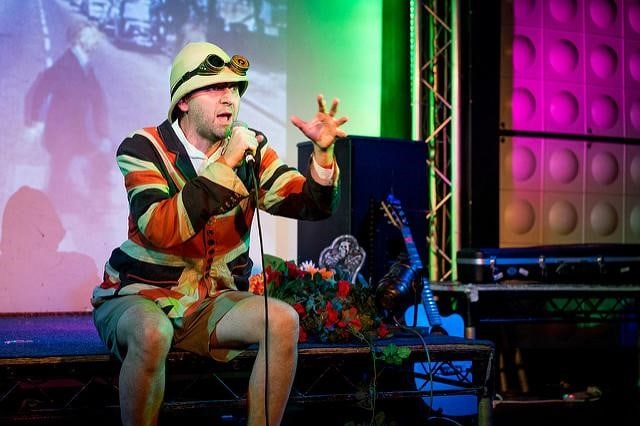 A Splendid Day Out is set in the seaside town of Morecambe in the North East of England. Very popular with both the chap and steampunk crowds, the festival is returning for a triumphant second year. Highlights include a masked ball on the Saturday evening, with some excellent live music. The entertainment is sublime. This year includes Mr B.   There are lots of places to stay nearby, although you’ll want to book up fast as it isn’t the biggest of places. There are still some rooms available on Hotwire Hotels, but snap them up soon! And don’t forget your blunderbuss!

The Chap Olympiad is held every year in central London. Featuring sports such as tea duelling, cucumber sandwich discus and a curious game called “Not Playing Tennis.” This involves two chaps playing swingball while sat in deckchairs. It’s all very civilised! The Olympiad attracts hundreds of dapper dressed gents (and ladies) every year.

Asylum is the daddy of them all. It’s the biggest and oldest steampunk festival of them all. Set in historic Lincoln, the event attracts thousands of splendidly dressed steampunks and chaps. They come to the festival from all the corners of the globe. Professor Elemental is appearing here this year, too! It has one of the friendliest atmospheres you’ll find anywhere. Steampunks are famously an accepting and polite bunch. You don’t have to go in full fancy dress regalia either. Whatever you feel comfortable is definitely your best bet. If you want to dip your toe in the water, try a beautiful hat, suit or even a pair of goggles!