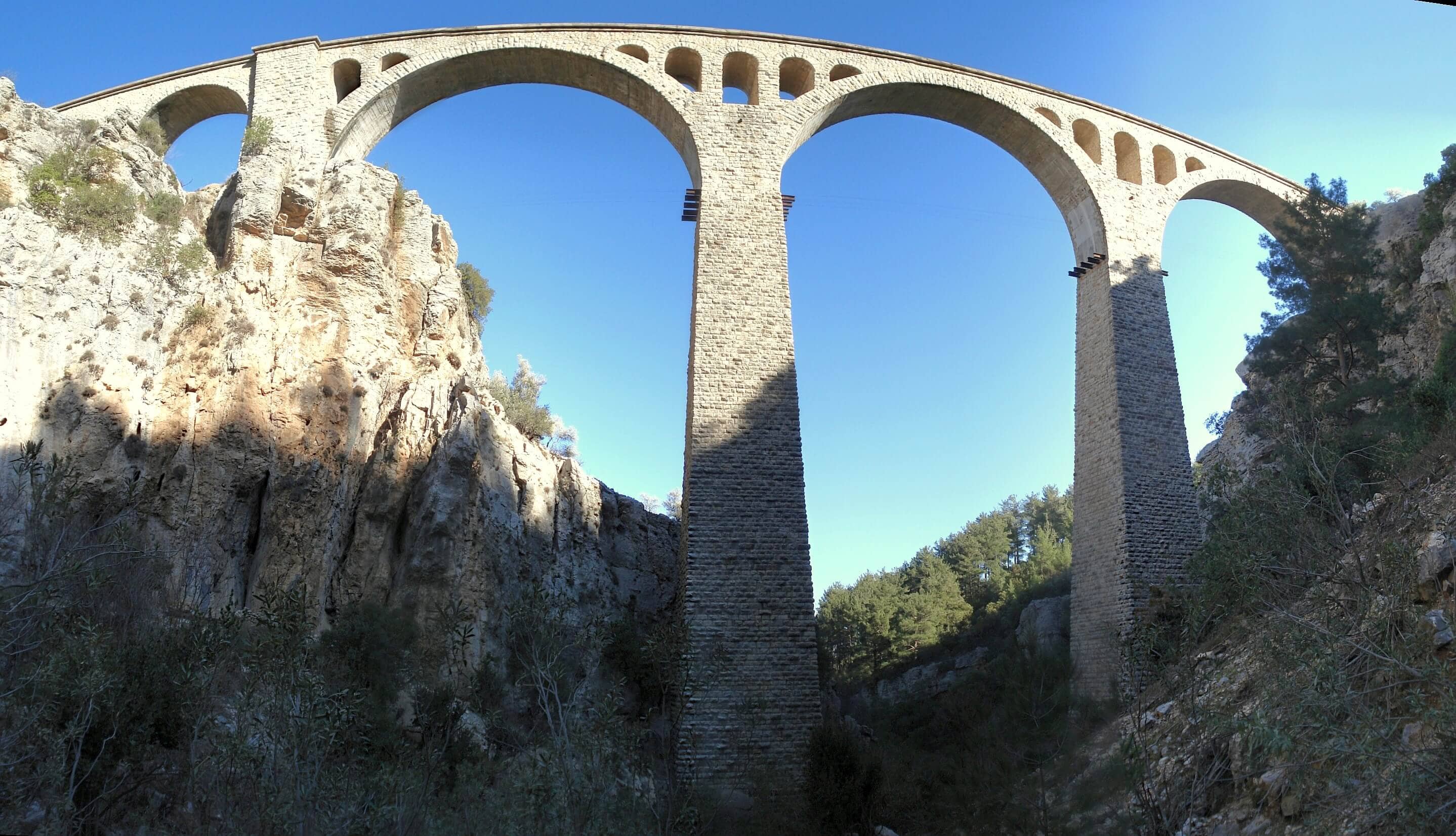 If you’re a fully paid-up movie geek, there are certain film locations around the world that you simply have to scratch off your bucket list. From the skyscrapers of Manhattan to the sprawling markets of Morocco, here are ten nerdy film locations you need to visit to relive your favourite movie moments.

Drag yourself from the sofa, tear your eyes from the big screen and leap on a flight to one (or two, or all) of these fabulous film locations: From bustling Milan to the postcard perfect Amalfi coast, Europe’s favourite boot-shaped protrusion has absolutely bags to offer any intrepid explorer. The movie connection? How long have you got? The clue’s in the title for films like The Italian Job (where the Venice scenes really took place beside the famous canals) and Audrey Hepburn’s Roman Holiday which was filmed entirely in the ancient city. Fast forward a few decades to Patty Jenkins’ action packed Wonder Woman, which was filmed on the gorgeous coast of Italy’s Campania region. For the lowdown of where to visit to catch a glimpse of the Amazons, check out this map of the World on Screen by Orbitz. Black coffee and cigarettes, sleepy, sunburnt villages against an expanse of turquoise sea; take Italy in from the back of a thrumming Lambretta and wash the whole lot down with a tangy gulp of Limoncello.

Adventure destination number two is magnificent New Zealand. Every film-buff worth his salt knows the Lord of the Rings Trilogy inside out. And even the most half-hearted of cinephiles knows it’s on New Zealand’s lush green hills and sweeping shores that the action was recorded. It could be argued that the multi million pound franchise was what brought this beautifully rainy rock into our collective consciousness. True film nerds will want to explore the places Bilbo and his gang trod their less-than-dainty path, and with the official Lord of the Rings tour you can do just that. There’s even the option of acting out a few of the scenes yourself – maximum geek points all round. Moving on to our next nerdy checkpoint, let’s soar across to Toronto; one of Canada’s coolest travel to-dos and a veritable wonderland for any movie lover. With a cluster of skyscrapers making an impressive focal point in this buzzing city on the northern shore of Lake Ontario, there’s a cinematic slickness to this city that goes some way to explaining why this modern metropolis has been the backdrop for so many awesome movies. In Suicide Squad, cinema’s coldest villains clubbed together to fight crime on Toronto’s streets. Kick-ass one and two were also filmed here, proving the ultra-modern skyscapes lend themselves to serious action. The geekiest among you will recognise that Bride of Chucky was also set among Toronto’s verdant parks and solemn bodies of water.

Every cinema nerd has a thing or two to say about the various merits (and demerits) of the Ghostbusters remake. Whatever your thoughts, there’s no denying the movie franchise consolidated New York as one of the coolest cities ever immortalised on film. The angry honking of gridlocked yellow cabs and colossal skyscrapers are (for better or worse) part of the landscape of cinema thanks to myriad movies. Square up to your reflection like DeNiro in the classic Taxi Driver, or strut the city that never sleeps John Travolta style on a Saturday Night. With sparkling cocktails, edgy underground clubs and museums galore, you’ll have plenty of alternatives to the tourist standards (though if you’re the nerd you say you are, you’ll want to get those done too really won’t you?). While we’re on the subject of the USA’s movie meccas, we can’t forget the palm trees and sun drenched boulevards of Los Angeles. Not only is this where wannabe stars still flock in their thousands in search of fame, it’s also been used by countless movie directors as an eye-gasmic setting for comedies, musicals and thrillers alike. Marty McFly famously set up his own parents against LA’s blissful blue skies in Back to the Future, and you can visit some of the famous settings from the cult classic on your tour of the City of Angels. With architecture worthy of a double-take or two and achingly glamorous art spaces tempting you inside, let your inner geek be the cool kid for once in this laid back city.

Long, long ago, in a galaxy far, far away… The UK’s proudest offering to explorers was gothic, grey London. And don’t get us wrong – the city is a magical trove of cosy pubs and undiscovered eateries once you scratch its tourist-trap surface (whose grand galleries and royal pomp are also pretty cool). What we’re trying to say is, the UK got even hotter for movie nerds on vacation when the Star Wars franchise was filmed on its windy little shores. Puzzlewood in Gloucestershire is a must-visit for fans of the Force, as it was among the creaking branches and coiling roots of its fairytale forest that scenes from the blockbuster were shot. Though the weather forecast may put you off, a sturdy pair of shoes and an aesthetically enjoyable anorak will make hillside rambles and blustery beach walks a breeze. There’s nothing quite like getting the blood pumping with a countryside march, and the satisfaction of reaching the top of the cliff to gaze across a windswept ocean is second to none. Tumbledown pubs are the pride of the UK, where a roast dinner drowned in steaming gravy plus a well-earned pint are maximum holiday goals. Next let’s jet to Asia and discover rugged Cambodia, whose landscapes practically tremble under the weight of their vivacious beauty. Angelina Jolie came here to film Tomb Raider, and has made no secret of her love for the country since. A jewel in the crown that is Southeast Asia, Cambodia’s kaleidoscope of nature and civilisation, the ancient and the modern have the power to make even the noisiest fact-reciting geeks stare in silence. The Killing Fields (1984) was also recorded against the country’s unrivalled magnificence, as were some scenes from the moving Two Brothers (like a coming of age film, but for tigers).

Tokyo is an out-of-this-world holiday spot for any traveller, but this sensory overload of a city packs an extra punch for movie nerds as it’s where Uma Thurman caused some serious damage in a yellow catsuit for Tarantino’s spectacularly violent Kill Bill. Wander awestruck down one of Tokyo’s central streets, where flashing neon street signs wink and beckon from every angle. If the bustle and bright lights leave you dizzy, a few deep breaths at one of the city’s heavenly temples will restore your zen in no time. When you’re ready to dive back in for more, there’s some serious retail therapy to be had at Tokyo’s traditional markets or slick department stores. Sip a cocktail or perfect your karaoke anthem at one of Shinjuku’s glittering bars.

Absolutely no movie nerd could possibly grant themselves such a prestigious title without at least basic knowledge of the James Bond franchise. Whether it’s his shaken martini, the quite literally dressed-to-kill tux or the parade of physically pleasing women that slink through his bedroom door, Bond has become synonymous with bad-ass across the world. While her majesty’s most dangerous weapon has sprinted through some of the most photogenic city-centres on the planet, it’s dramatic Tangier that should take pride of place on any committed geek’s travel itinerary. It was at the fictional Hotel L’Americain that Bond blew up a wall to find the vital piece of the puzzle in 2015’s heart-thumping Spectre. You too can experience Europe’s gateway to Africa, whose delights include proud kasbah fortresses, a labyrinthine Medina and a mesmerising blend of cultures old and new. Tangier once had kind of a sleazy reputation, but its jaw dropping white city and prime location beside the strait of Gibraltar mean it now attracts powerful business moguls, artists hunting inspo and eccentric travelers, much like yourself.

Last but categorically not least on our list of the nerdiest locations every film lover needs to experience is Brazil. With gleaming golden beaches, rainforests dripping with life, a rainbow of national dishes and a samba rhythm pulsing through its heart, Brazil has captured the hearts and imaginations of musicians, artists, poets and film producers alike. And rightly so. To satisfy your film geek cravings, head to the country’s one in a million capital, Rio de Janeiro. The passion and violence of Portuguese language cult classic City of God was filmed on Rio’s glimmering sands and in its dusty alleyways, creating a cinematic masterpiece hard to forget. Another Bond special, Moonraker, has scenes that were caught on camera in Brazil’s effervescent capital. It was in the low-key paradise of Paraty that Bella and Edward honeymooned in Twilight. Fun fact.

So there you have it! A cracking list of the nerdiest locations no film aficionado should miss. Where will you head first?