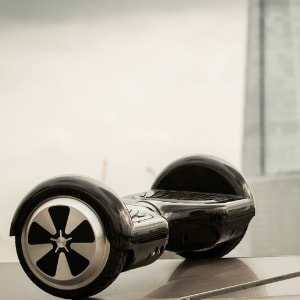 Whether you have had the opportunity to try one out for yourself or not you’ve probably seen a Segway before; Kraftwerk are famous for performing on them, US mall cops aren’t seen without them and barely a capital city in Europe doesn’t have a ubiquitous Segway tour. But there’s a new kid on the block; the swegway. 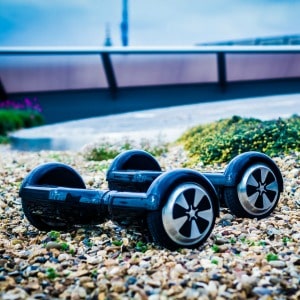 Also known as a ‘hoverboard’, solowheel, mini-Segway or Segway board, the swegway is a self-balancing, rechargeable wheeled board which is controlled by pressure sensitive, gyroscopic pads beneath the rider’s feet. Similar in design to a Segway but without the central steering column, swegways soared in popularity in the summer of 2015 when celebrity A-lister’s like Jamie Foxx, Soulja Boy and Justin Bieber were all snapped riding one.

Despite the high-profile showcasing by big name stars it was the YouTube generation that seems to have started the mainstream popularity with the highly popular internet gamers, ‘The Ultimate Sidemen’ frequently using a swegway in their videos.

The invention of the swegway is disputed with various patent rights being registered and several entrepreneurs claiming to have conceived the idea. As an original patent concept, the idea for an “electrically powered two wheeled scooter for terrestrial human transportation” was registered with the US Patent Office in 1999 and renewed in 2009 by Patmont Motor Werks. Projects registered with crowd funding sites like Kickstarter show that one development of the concept occurred in 2013 though it seems to have first been unveiled in the guise of the “Smart S1” at the 2014 Canton Fair trade exhibition. The company, Segway Inc, claims to hold the patent designs and was able to successfully secure injunctions for production against several companies. Whilst litigation suits abound in the states, Chinese manufacturers have been swift to bring various designs of the swegway to market.

Driven by popular consumer demand, there is a dizzying array of models available and all produced to different quality and design standards. Features vary by manufacturer as does safety compliance as well as price. In the rush to be the first to market there are concerns over a number of products which are exported from China which do not meet the strict safety regulations of the EU or US. The main reported problems seem to be associated with defective lithium-ion batteries and faulty wiring, both of which have been reported to cause the swegway to overheat and even catch fire.

Despite the inevitability of cheap reproductions being mass-produced without adequate safety specifications being adhered to there are now many swegways available that are safe to use; although their use is strictly controlled in most public areas. In the UK, for instance, they may only be used on private land with the landowners permission and strict fines can be enforced if they are used on either public pavements or highways.

Some commentators are referring to the swegway as the future of personal mobility devices and are hoping that, with further lobbying, some easement of the strict restrictions in place may be granted.

Able to move at speeds of approximately 8-10mph (although some boards do travel faster), swegways are fun to use and can offer 4-5 hours of riding time per single charge. Some designs offer extras such as Bluetooth speakers, rugged outdoor wheels or sleek performance for indoor racing.

A sort of skateboard meets Segway, the swegway is easy to ride and uses a combination a gyroscope and pressure sensitive pads beneath the riders feet to detect slight changes which result in both a change of direction and speed. It can take a while to find your centre of gravity and be able to balance so you should expect to exercise some caution until you can master the control. As you would with cycling, skateboarding or riding a Segway riders should use safety equipment such as a helmet and padding when riding to avoid serious injury; the most common of which (similar to riders of Segways) is to the wrist as users put out their hands to prevent a fall. Make sure you that you have plenty of room around you on your first few forays and maybe enlist the help of a friend to help you during the ‘wobbly’ stages.

If you are interested in purchasing a swegway then you will need to ensure that you select a model which has been manufactured by a company who can prove safety compliance and offers a guarantee on its products. Prices range from £200-£400.