For sport lovers, the summer is a great time to visit London with a range of exciting sporting events that you can attend and some you can even partake in. Book your tickets in advance as these are all hugely popular events, and you can plan your accommodation accordingly by reserving a London holiday apartment or hotel nearby.

Polo has long been one of the favourite sports of the British, and you can enjoy watching a thrilling game at Chestertons Polo in the Park, held from the 9th-11th June. This annual three-day polo tournament sees international polo teams playing in Fulham’s Hurlingham Park. The 9th of June is the English International match, the 10th is ‘Ladies’ Day’ and the 11th is known as ‘Finals’ Day’. There is plenty to amuse yourself with at this event, with a shopping village, street food, and many bars with a great atmosphere to retreat to when you need a break from watching the sport itself.

Cricket is also a much loved sport in England, with many London parks full of cricket clubs and local teams playing in the summer months. In June, the 2017 ICC Champions Trophy, a One Day International tournament will be held in major venues across England and Wales, including the Oval in London. To be held from the 1st-18th June, the countries participating also include Australia, India, South Africa, New Zealand, Sri Lanka, Bangladesh and Pakistan. This event is a must for any cricket fan’s diary. 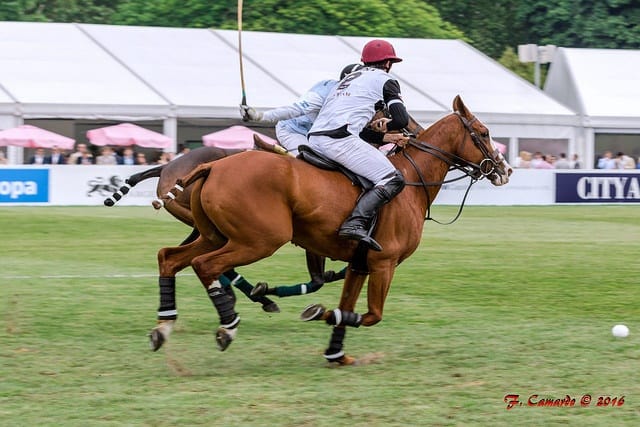 This year, the Queen Elizabeth Olympic Park in London will also hold the Hockey World League Semi-Finals, welcoming the top male hockey teams from around the world. The tournament includes Showdown Saturday on 17th June, with England, India, Korea and the Netherlands playing, and Super Sunday on 18th June, with India v Pakistan and England v Argentina. This promises to be an exciting event not just for hockey lovers, but for the whole family, with a hockey hub for kids, street food and a shopping village on the grounds.

Cycling in London is popular with residents and tourists alike, and this year the UK’s leading women’s cycling race will be visiting the English capital for the first time. The 2017 OVO Energy Women’s Tour, will start and finish from Regent Street, and promises to be an exciting opportunity for spectators to witness some of the world’s best female cyclists racing on the streets of London. This year, Breast Cancer Care has partnered with The Women’s Tour to celebrate the 25th year of the Pink Ribbon. This will enable 1000 women to cycle on the same circuit as the professionals, for charity. Applications for this exciting London event can be made here.